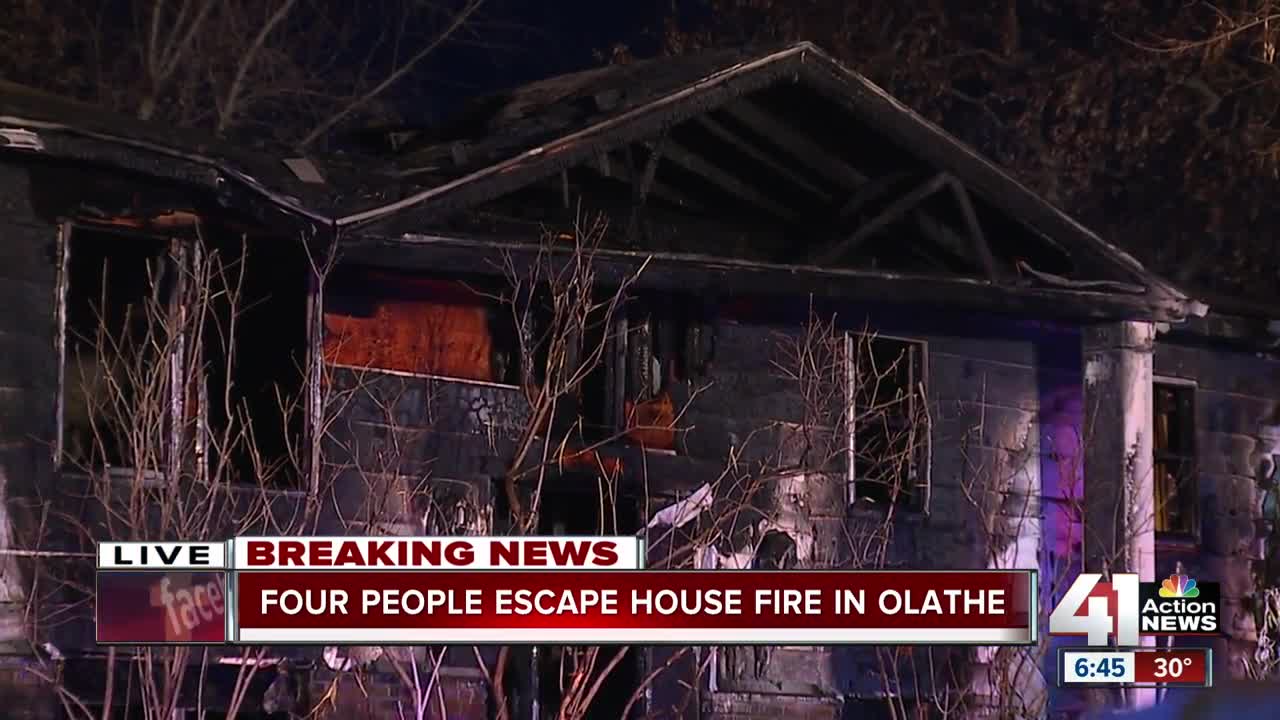 Four adults are being assisted by the Red Cross following an overnight house fire in Olathe. 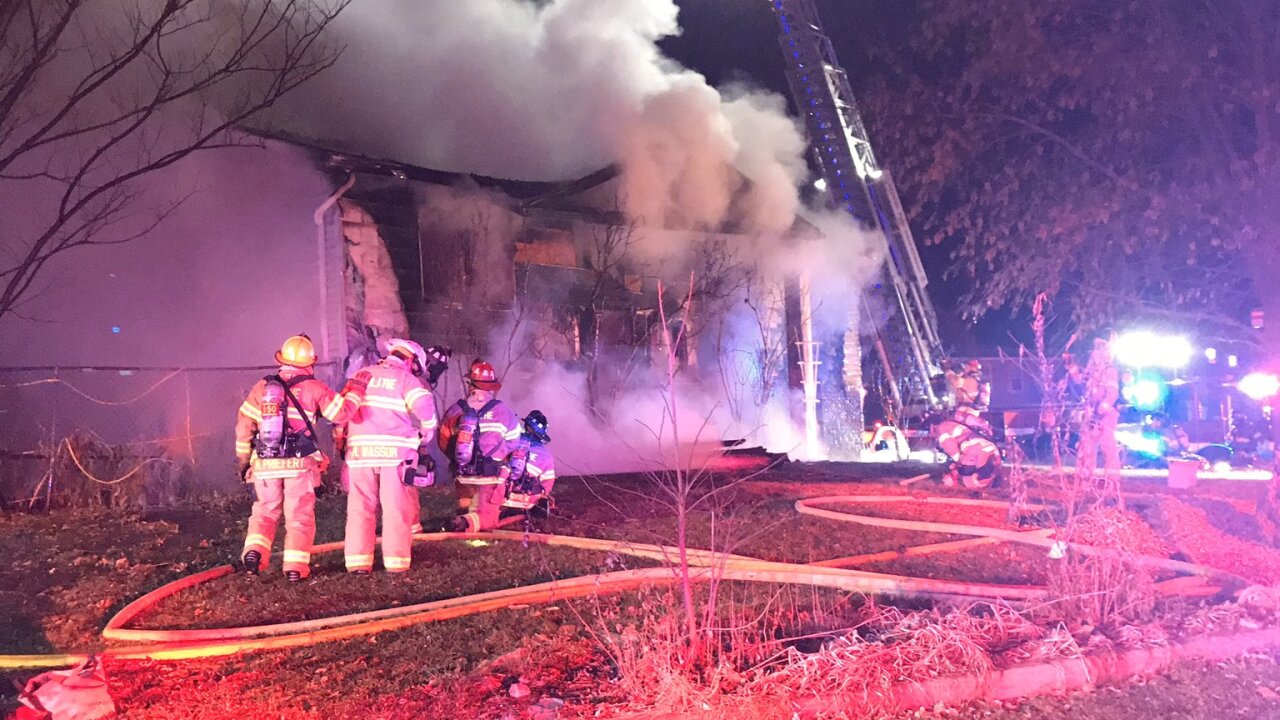 KANSAS CITY, Mo. — Four adults are being assisted by the Red Cross following an overnight house fire in Olathe, Kansas, which destroyed their house.

The fire happened at a home on Montclaire Drive near Sheridan Street around 3:40 am.

"We had smoke and flames coming out of the windows, the front door and even the roof. We have a roof collapse up there," explained Captain Mike Hall from the Olathe Fire Department.

According to fire Chief Jeff DeGraffenreid, it took crews more than an hour before the battalion chief called the fire under control at 4:46 am.

The fire marshal was called to the scene to determine what caused the fire. Hall said at this point there's no indication the fire was related to a turkey cooking incident.

"The investigation has got to be inclusive, it has to be meticulous, we're just waiting. Once we can see everything it will speed it up," Hall said before the sunrise.

All occupants made it out safely. No injuries have been reported.

Hall said there is major fire damage to the home from the basement to the roof.