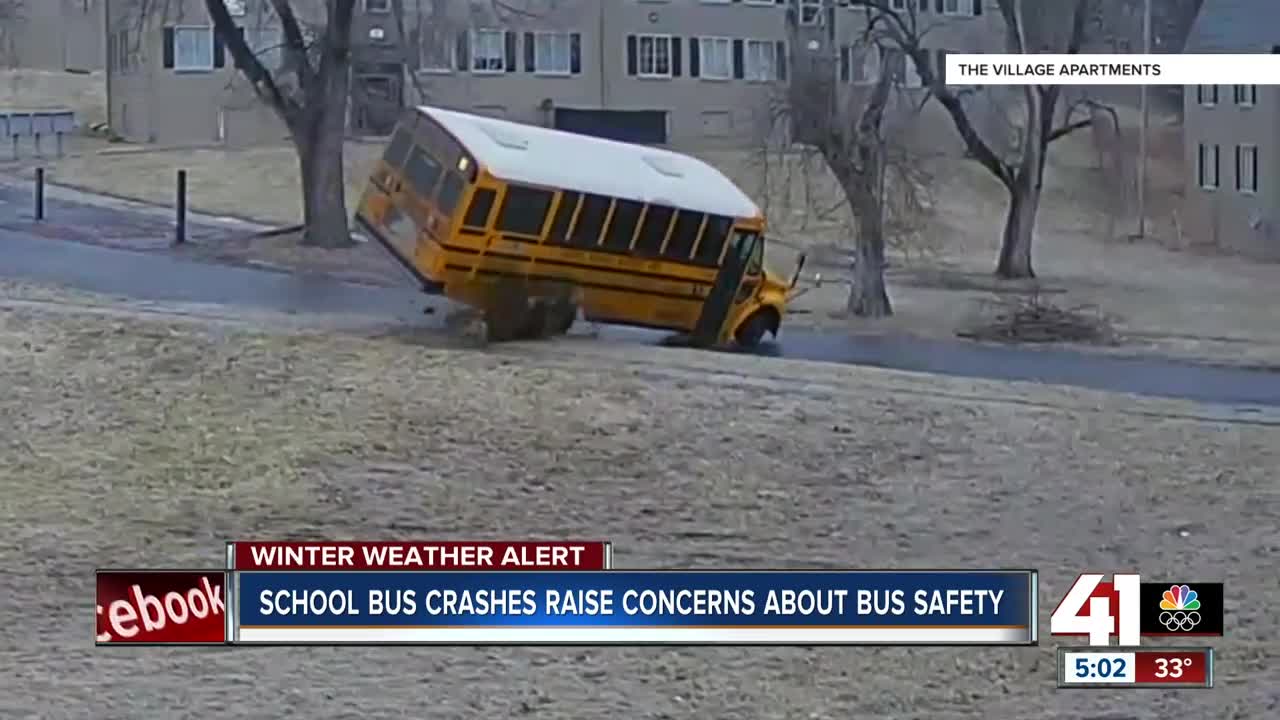 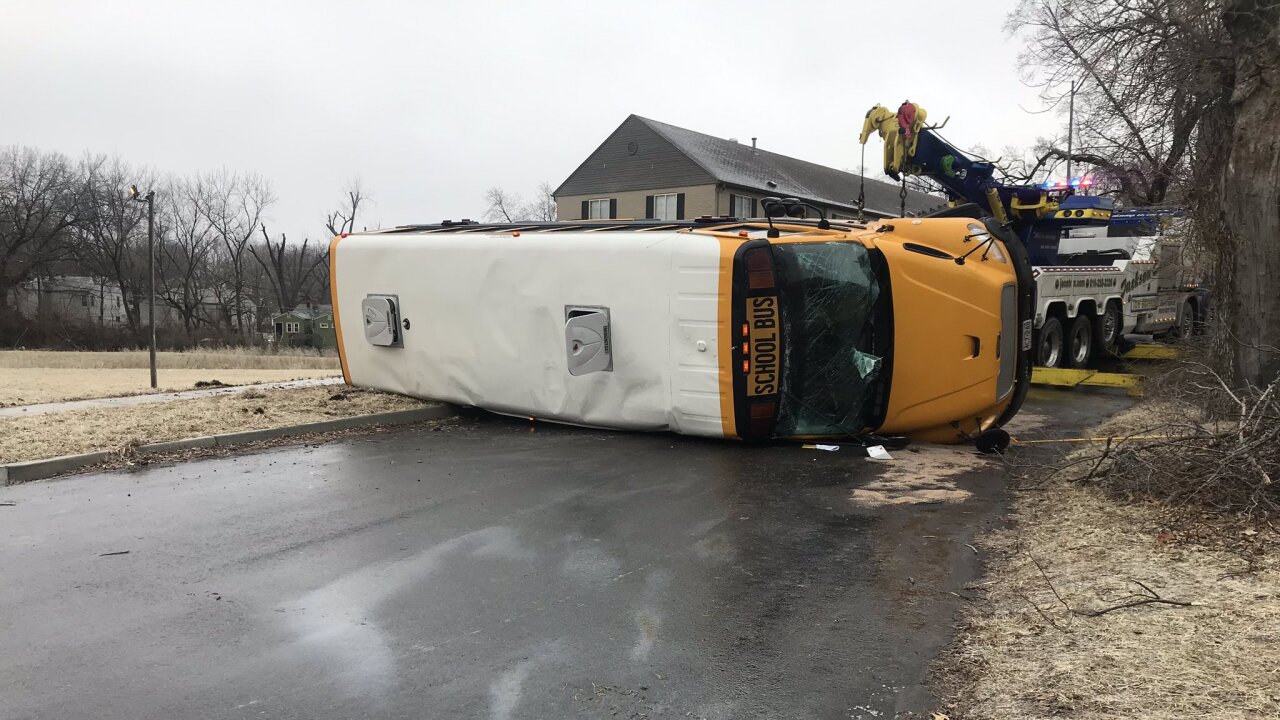 KANSAS CITY, Mo. — Seventeen students suffered minor injuries when a school bus rolled onto its side during wintry conditions near Emporia, Kansas, according to the Kansas Highway Patrol.

A total of 36 students, two teachers, a chaperon and the driver were on the bus when it went into a ditch.

This week, video was released of an Ohio school a bus toppled over with several students inside. Students were flung to the side of the bus during as it rolled over.

These latest incidents have some parents calling for school buses to require seat belts.

"It just can prevent so many things from happening. It’s better safe than sorry," added parent Casondra Foster.

There have been several school bus wrecks in the Kansas City metro area, including February of last year near 83rd and Troost, when a school bus lost control in slick road conditions and rolled over.

In 2013, a bus toppled over while on a Pembroke Hill School field trip.

In both Missouri and Kansas, seat belts are not required. Only 6 states do in the entire country require seat belts on school buses.

Horner said because of the way the buses are made, they are one of the safest modes of transportation on the ground.

"The seats for children are designed in a way that’s called compartmentalization which basically means those big, high seats that the children, if sitting in the seat properly, kind of acts like an egg shell carton to eggs," Horner said.

Horner also said seat belts can get in the way in the case of an emergency, such as a fire.

"So if there’s an incident like that, this one adult, that if there’s seat belts, they have to go and cut each seat belt to try and evacuate those children in an emergency," Horner said.

The cost of seat belts turns many school districts away, as the price ranges anywhere from $7,000 to $10,000 per bus to be equipped.

Some parents argued that shouldn't be an excuse.

"There should be no cost for safety," Cherry said.

As of February 2020, there wasn't a bill in the Missouri or Kansas statehouses to require seat belt use on school buses.