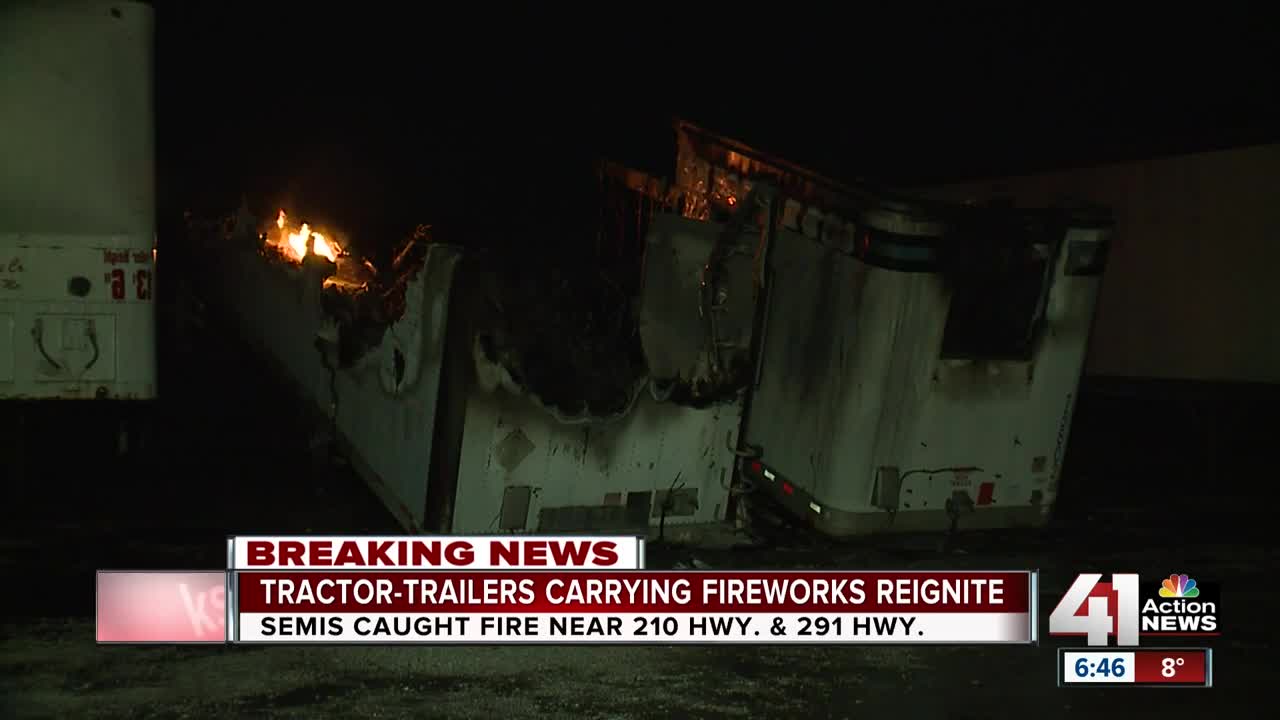 Two trailers full of fireworks caught fire overnight and were still smoldering into the morning hours. 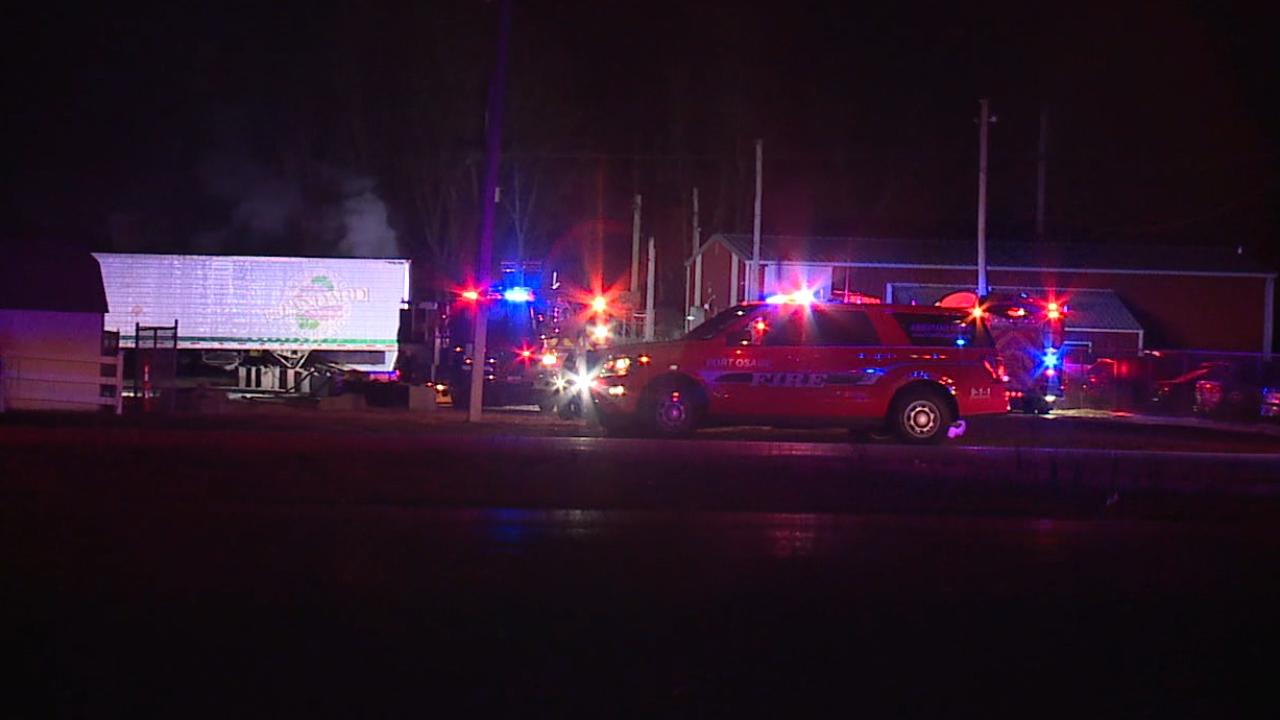 RIVER BEND, Mo. — A captain the Fort Osage Fire Protection District said a semi trailer full of fireworks parked on an empty lot caught fire at about 11:30 p.m. Monday. The fire caused the fireworks to shoot off, and caught a second trailer on fire.

Firefighters from both Fort Osage and Liberty responded to the fire near 4201 N. State Route 210 in River Bend, Missouri.

The captain said crews were able to get the fire under control relatively easily, considering the fireworks were going off.

People in the area described hearing what sounded like an explosion.

A man who said he owns the property where the fire took place told 41 Action News he allows a man who operates fireworks tents around Independence Day to store his equipment there in the off season.

A 41 Action News reporter and photographer were the only people on location at the time and called 911.

The Fort Osage Fire Department returned to put out the second fire. The captain said the fire will most likely smolder for hours.