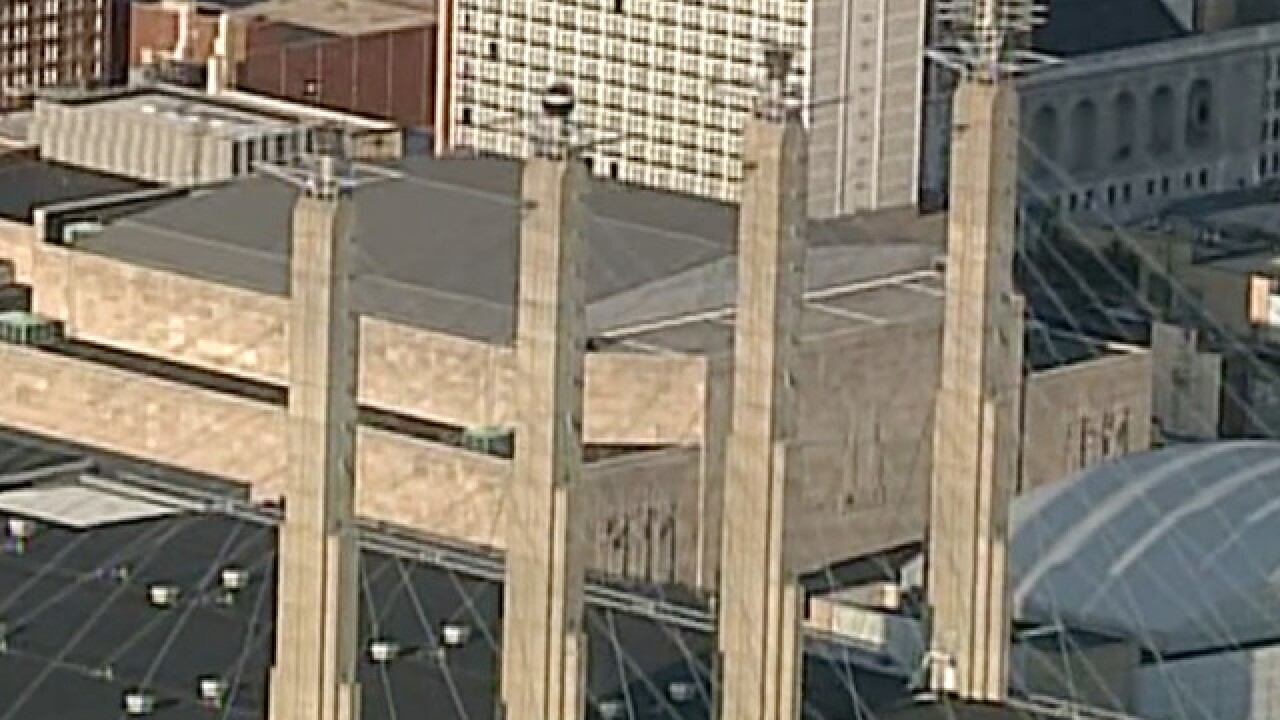 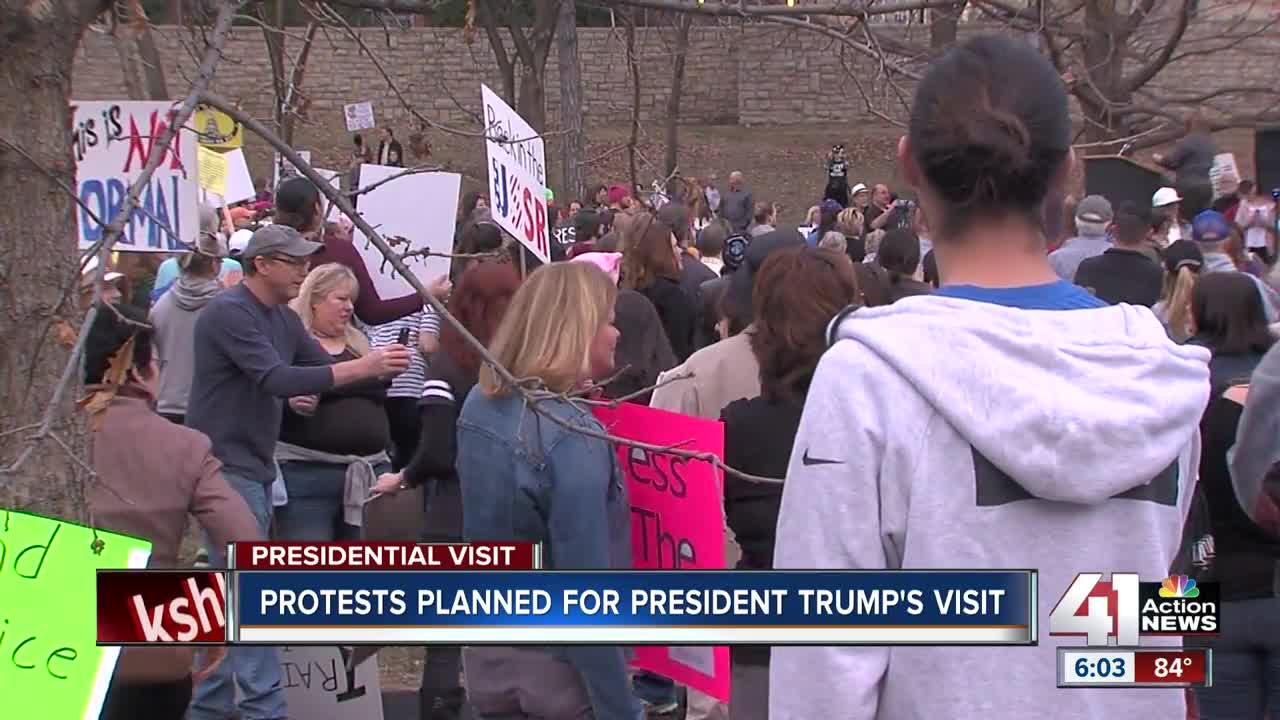 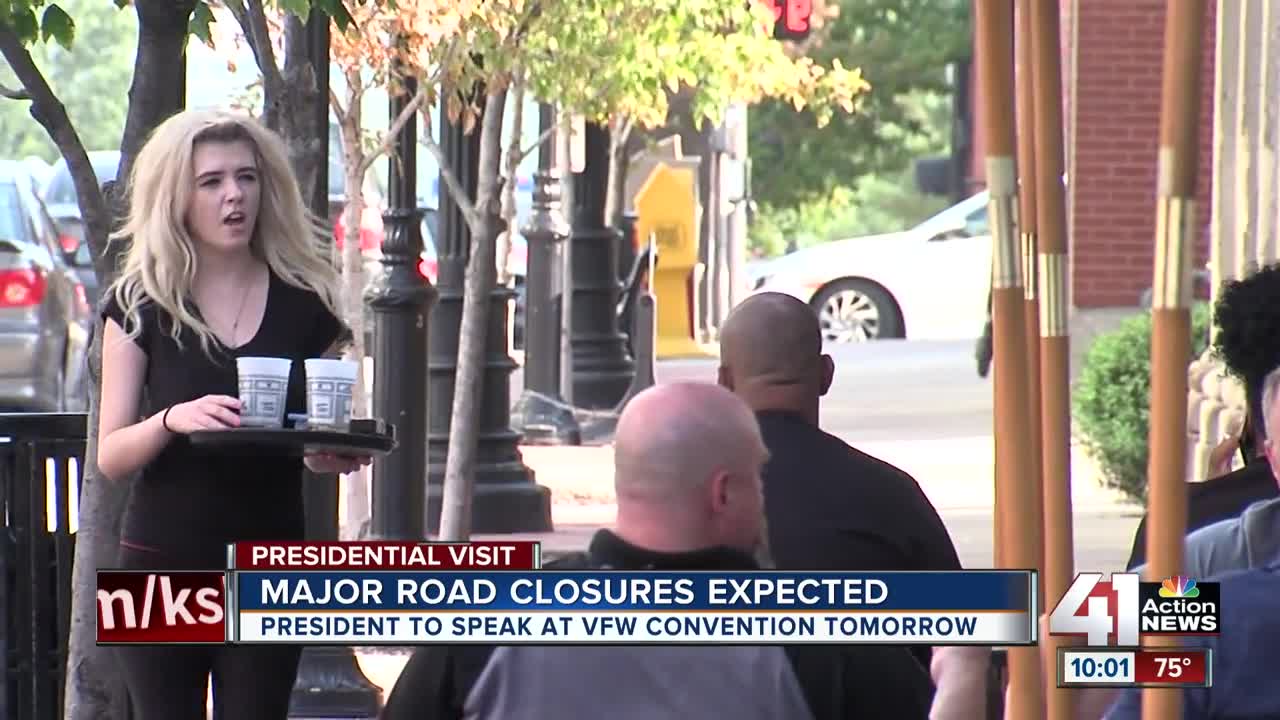 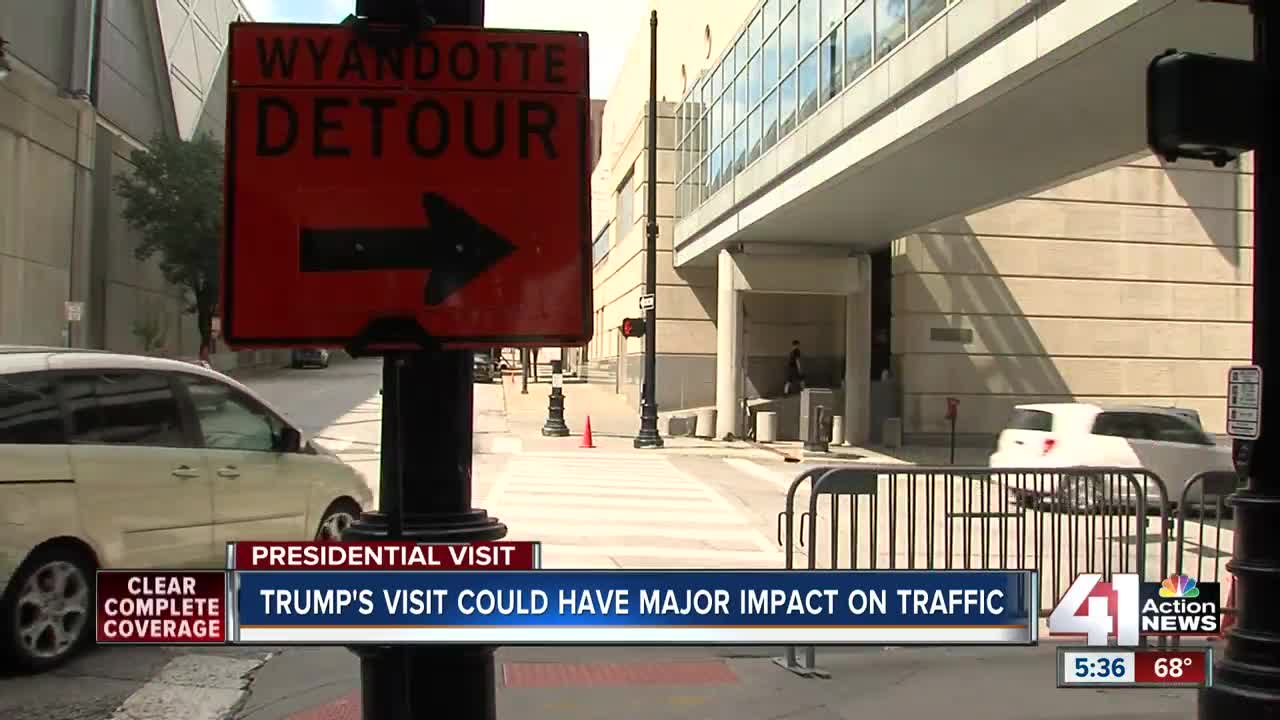 Trump was speaking at the VFW National Convention and a fundraising event for Missouri Attorney General Josh Hawley's campaign for governor.

By the Secret Service’s request, areas of downtown around the Convention Center district were closed to pedestrian and car traffic.  They were re-opened around 3 p.m. Tuesday after Trump left the area.

On Monday, police had already blocked off Broadway in front of the Convention Center.

It will be his first visit to the metro since March 2016, when he was campaigning.

The President is scheduled to speak at 11 a.m. Tuesday at the 119th Annual VFW Convention at the Kansas City Convention Center.

Road closure preparations will be in motion around the convention center from 5 a.m. to 2 p.m.

No parking lots or garages will be open in the area until after rush hour.

The KC Streetcar will operate on regular schedule.

However, a spokesperson told 41 action news if closures do have an effect on main street traffic they'll temporarily suspend service.

And RideKC has already warned customers to expect delays and detours possibly during the morning and evening rush hours.

"I'm one who pays attention to what the detours are all about how to navigate," Michael Johnson, a commuter who plans to leave early said.

"Emergency No Parking" signs have replaced the usual ones you see along Broadway including right outside the Quaff.

"It'll be a little bit more hectic cause nobody is going to be able to drive at least up and down Broadway I don't know about anywhere else, they've shut down a lot of the streets," Anthony Bonino, Owner of the Quaff said.

At happy hour, owner, Bonino, listened as some downtown residents made plans to avoid Tuesday’s lockdown.

For Bonino, this isn't his first rodeo.

"The security details are very impressive. And then maybe or maybe not you get to see a quick glance of the president it doesn't happen very often but every once and in a while you get a quick peek," Bonino said.

"When the streets get shut down sometimes people can't make it to where they're going so they'll have to stop here anyway," Bonino said

Trump is expected to speak at a fundraising event on Tuesday for Missouri Attorney General Josh Hawley.

He is expected to leave Kansas City by 2 p.m.