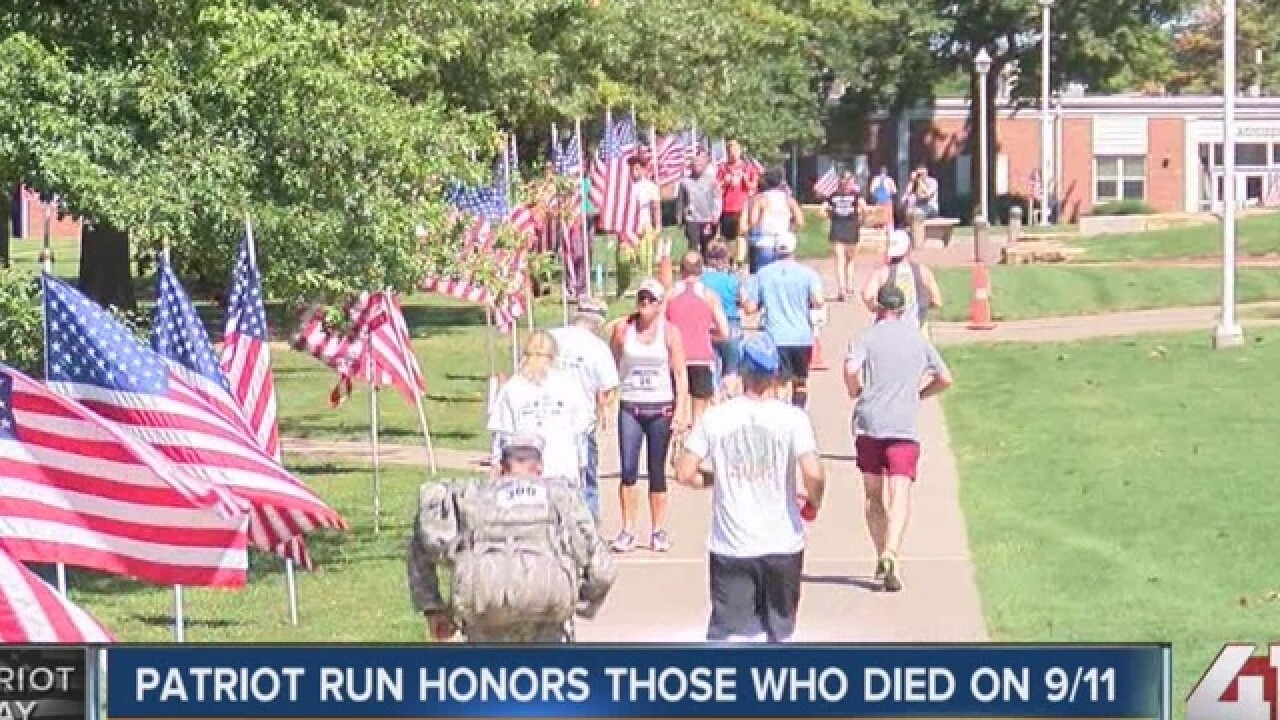 The Sept. 11 attacks took the lives of many including the son of Kansas resident Joann Drake. Drake’s son was a victim of the rubble and debris that fell from the Twin Towers hours after the two planes hit each building.

Although her loss was tragic, Drake lives on celebrating the memory of her son through the annual Patriot Run race.

“I’m always going to remember him, but it’s nice to have a team in his honor. You know people that are on our side so to speak,” Drake said.

Throughout the day, teams of hundreds of people run for the families that lost loved ones, like Bob and Shirley Hemenway, whose son died at the Pentagon.

“He was there 15 months before the plane hit and they never found him,” said Bob Hemenway.

The Hemenways, like many other families attend the race in remembrance of their loved ones.

“Well, we don’t want anyone to forget,” Shirley Hemenway said.

With more than 200 runners in this year’s race, the money they raise will all go to benefit the Salvation Army in Johnson County.

The Director of the Johnson County Salvation Army, Major Mark Martsolf is always grateful with how the community gives back.

“The money will go to help people often times in time of disaster. We’ve appreciated the support over the eight years. They’ve generated about $50,000 for the Salvation Army here in Johnson County,” Martsolf said.