Brewery selling beer to raise money for cause 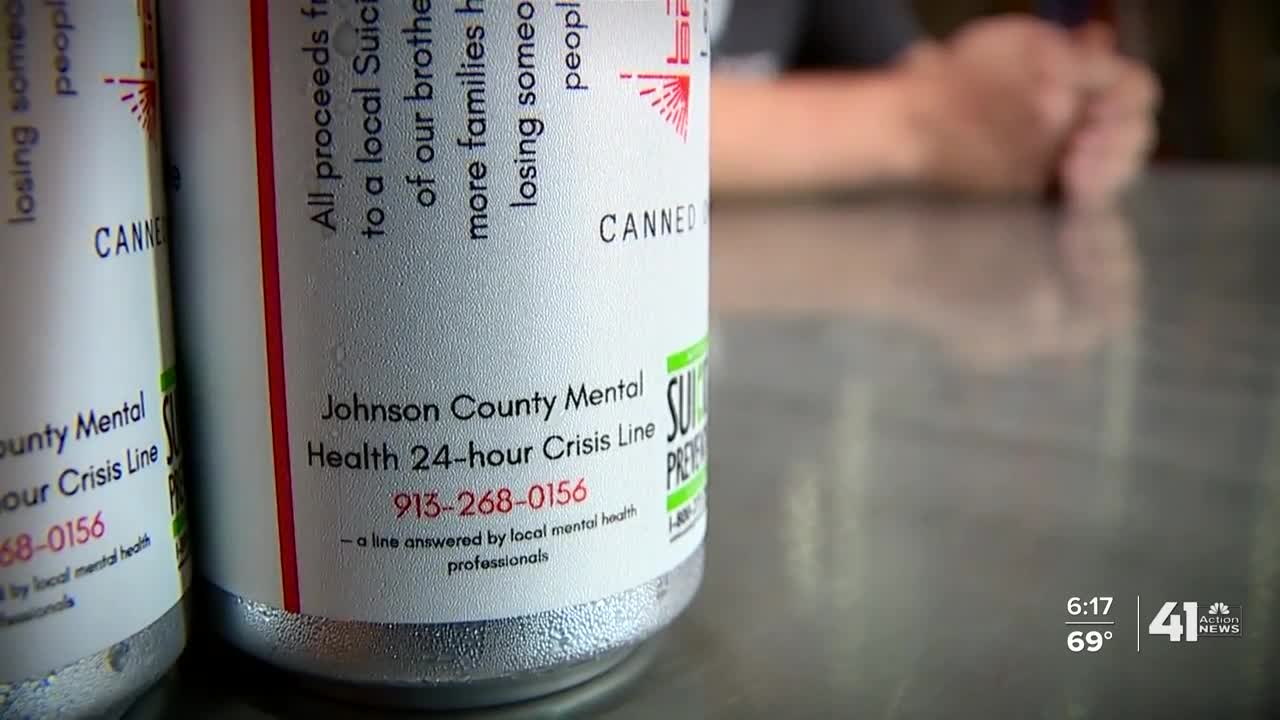 After losing his brother and best friend to suicide, the owner of a Lenexa brewery has committed his time and efforts to raising money and awareness through what he does best: brewing beer. 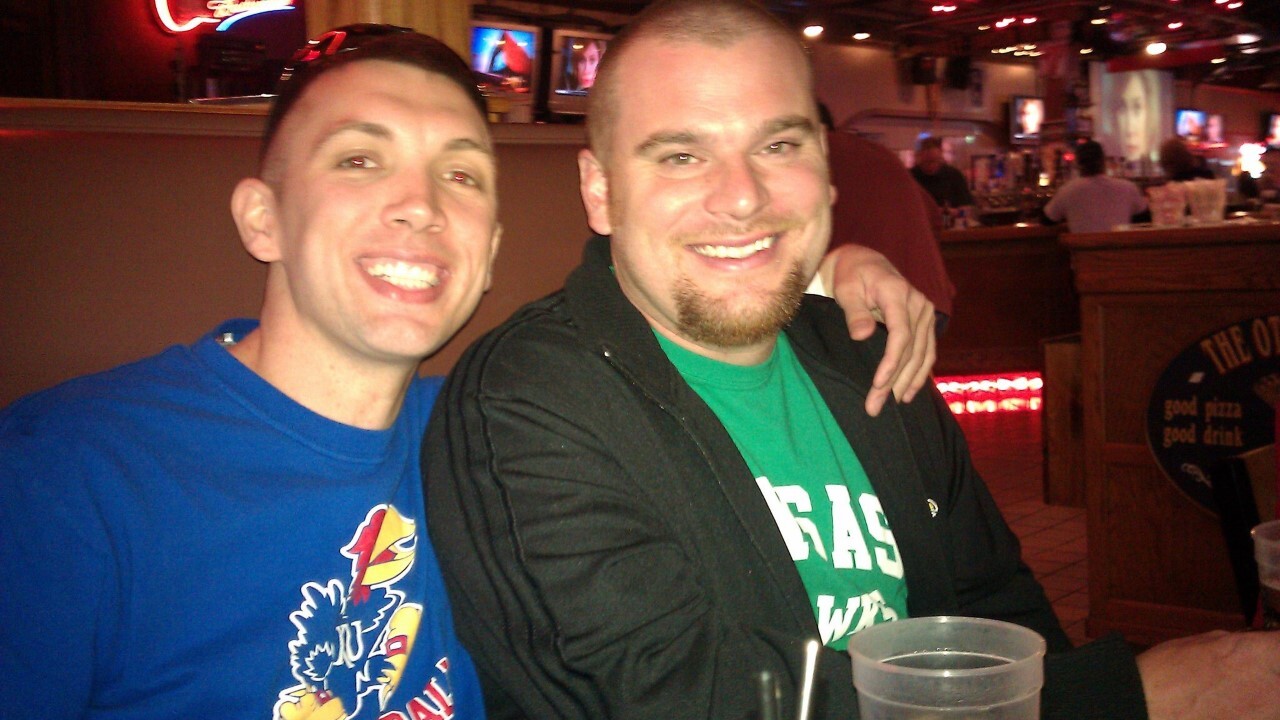 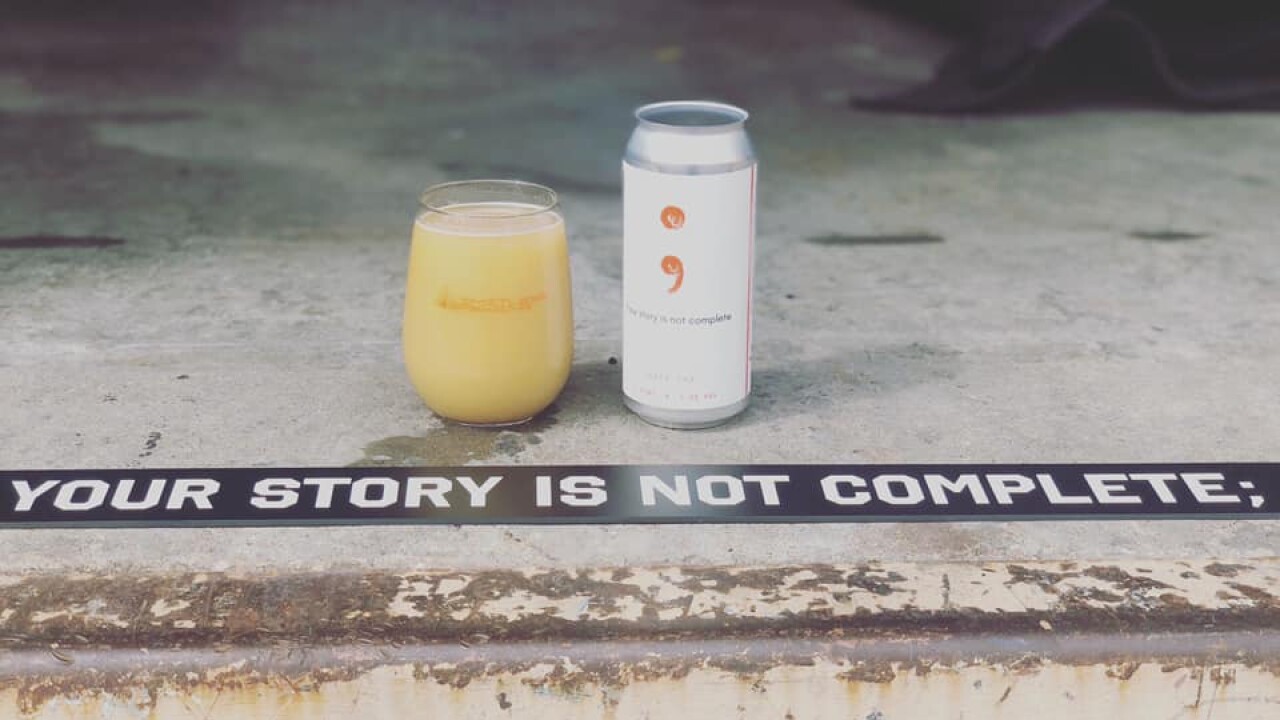 LENEXA, Kan. — September is National Suicide Prevention Awareness Month. If you or someone you know is having suicidal thoughts, there is help available.

It's a message that's being shared in perhaps an unlikely place: a Lenexa brewery. The couple who runs the brewery says their efforts were born from a very personal loss.

Two years ago, Dave Mobley gave up his career with the U.S. Postal Service to follow his passion — brewing beer.

His brewery, Limitless Brewing, took off. And it wasn't long before his wife quit her job to help him full-time, especially when the pandemic hit and to-go orders went through the roof.

"The amount of cans we had to produce a day, we were shocked," Mobley said. "We were basically getting cans, filling them, 16 hours a day. Then we'd put them out on a Saturday and it would be gone in a couple hours."

It's been a good problem to have and a reason to celebrate.

Sadly, it's a success story his younger brother and best friend never got to see for himself.

"So, 10 days before we opened Limitless, my brother committed suicide," Mobley said, tears filling his eyes.

His family said it was completely out of character, an act they never saw coming.

It happened one day after Josh Mobley's 35th birthday, along Frisbie Road by the Kansas River. A police report determined Josh fatally shot a female friend before turning the gun on himself. Although it was officially declared a murder-suicide, his family maintains two notes were found, indicating it was a suicide pact.

"I think in their minds a lot of them think it's going to help, like even the suicide notes? There's zero closure," Dave Mobley said.

"If you've never been through this kind of loss, there's just no answers, and that's the hardest part, you're left with this emptiness and you have no closure to it," added Dave's wife, Emily Mobley.

Still, instead of bottling up that pain, they're sharing their story in the hopes of helping others.

The past two years, they've raised money for Johnson County's Suicide Prevention Coalition, including $5,000 last year. The money helps to fund promotional material, including magnets and coasters with suicide hotlines printed on them that are used at local restaurants and bars.

"So, if someone comes in, they might be trying a beverage and they see this coaster," said Megan Clark with the Johnson County Mental Health Center. "They might not need this coaster now or right at that point. We've had some people take pictures so later on they can always go back to this kind of resource."

But this year, the Mobleys are taking it a step further, brewing a limited-edition beer called "Your Story Is Not Complete." On the back, the Johnson County 24-hour crisis hotline number will be listed. The beer is available all month, or until supplies run out, with 100% of the proceeds going to suicide prevention.

That money will go toward youth suicide prevention as part of the program Sources of Strength.

"Sources of Strength is a program that aims to prevent suicide by harnessing our strengths we all have as humans. When we talk about prevention, we want to start early," Clark said.

Sources of Strength is used in three school districts in Johnson County and some private schools. It's for middle and high school students, but the center also is looking at introducing some curriculum for elementary students.

For the Mobleys, it's important work that they hope teaches kids and teens at an early age that it's okay to not be okay, and it's okay to ask for help. It's a lesson they hope will someday save someone's life.

"You know, everyone has ups and downs in life. We all have our own scars," Dave Mobley said. "It's fine to speak about it. And unfortunately, sometimes pride and other things like that get in people's way. And they don't realize that, how much they matter."

"Your Story Is Not Complete" beer can be bought at Limitless Brewing in Lenexa. For more information, head to the brewery's Facebook page or website.

If you're feeling suicidal and need help, here are numbers to call: