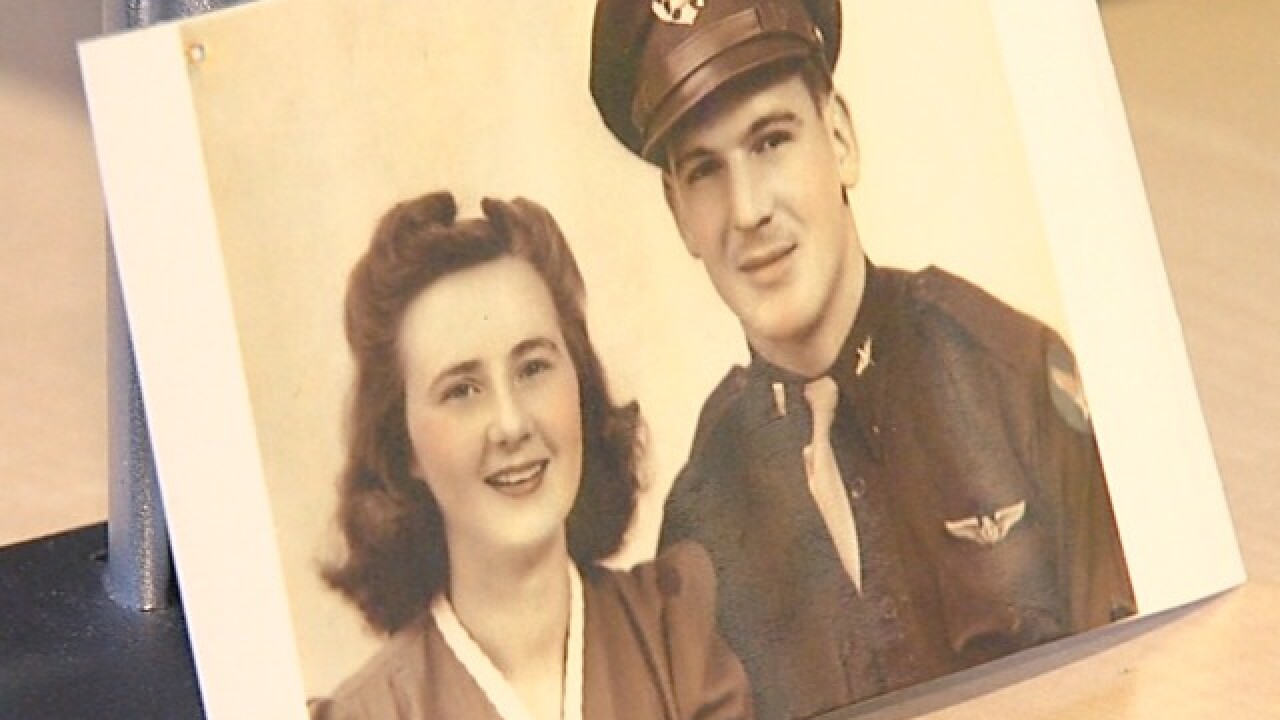 KANSAS CITY, Mo. — The manager of the Johnson County Library’s Lackman branch in Lenexa, Kansas, said a photo found in a donated book has been returned to its family.

The library turned to social media for help finding the photo’s owner earlier this week.

This lovely old family photo was accidentally returned inside a book at Lackman. We are hoping its family sees this post and comes to claim it. Share if you have friends that visit our Libraries! pic.twitter.com/lgjHzB19j7

He told library employees his wife, the couple’s daughter, died a little more than a year ago, and he’s been finding little mementos like the photo as he goes through her things.

The photo was likely tucked into a book he donated to the Friends of the Library.

The pictured couple is Okey and Pricilla Deraimo.

According to what their son-in-law told library workers, it’s family lore that the photo was taken soon after the couple was married, but before Mr. Demraimo was deployed overseas with the Army Air Corps.

He was a prisoner of war in a German prison for three years, his son-in-law said.

The library thanked the media for helping get the photo back to its family in time for Thanksgiving.