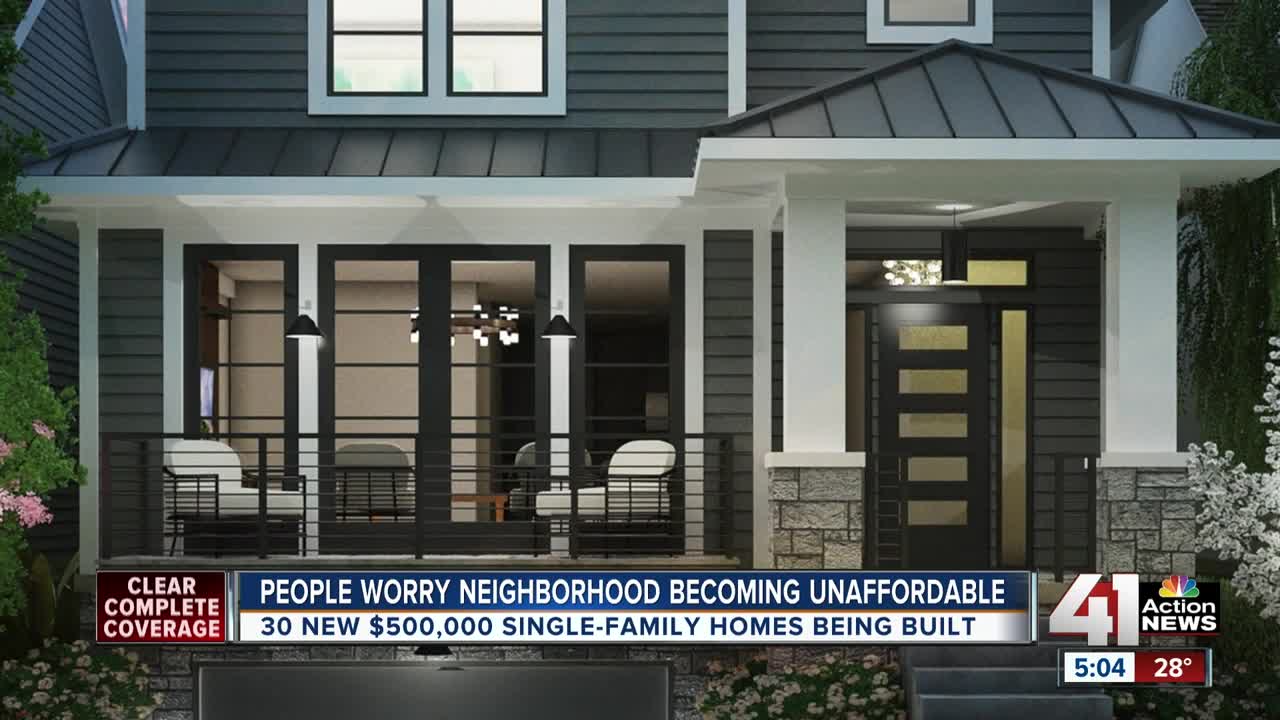 The Plaza-Westport neighborhood will soon get 30 brand-new single-family houses, with a price tag of $500,000 each, thanks to the Saint Luke's Foundation. 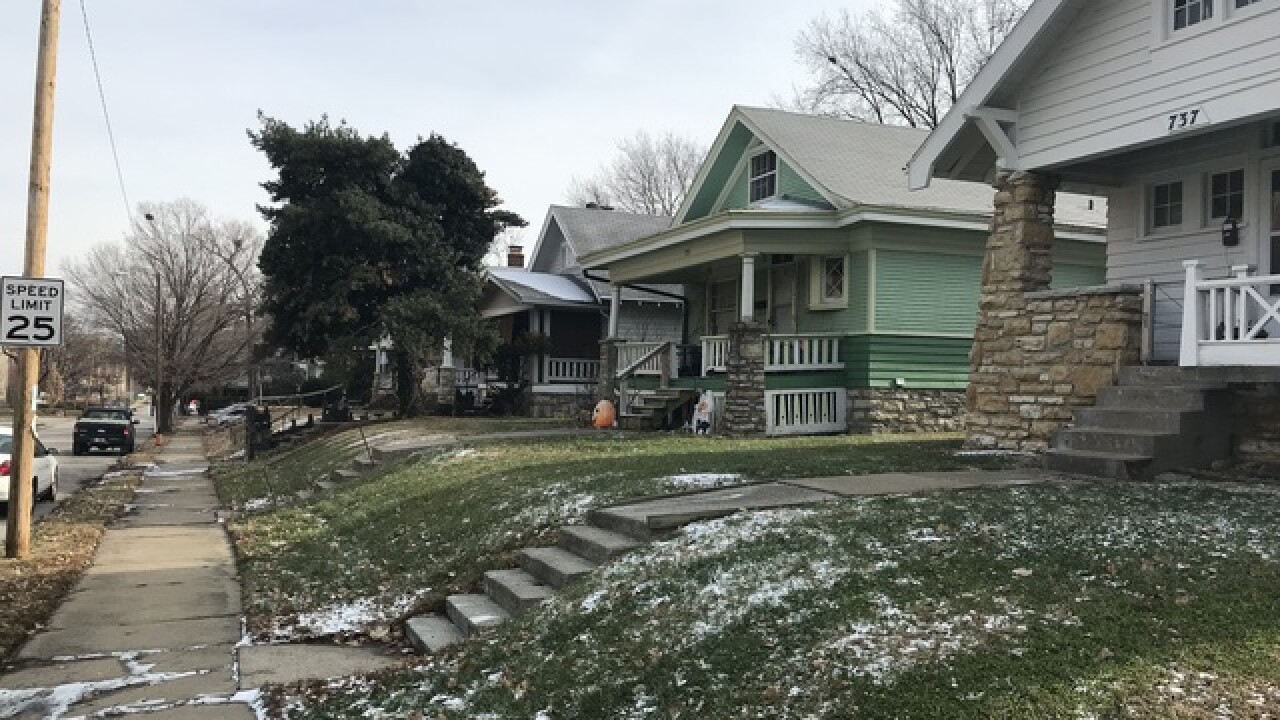 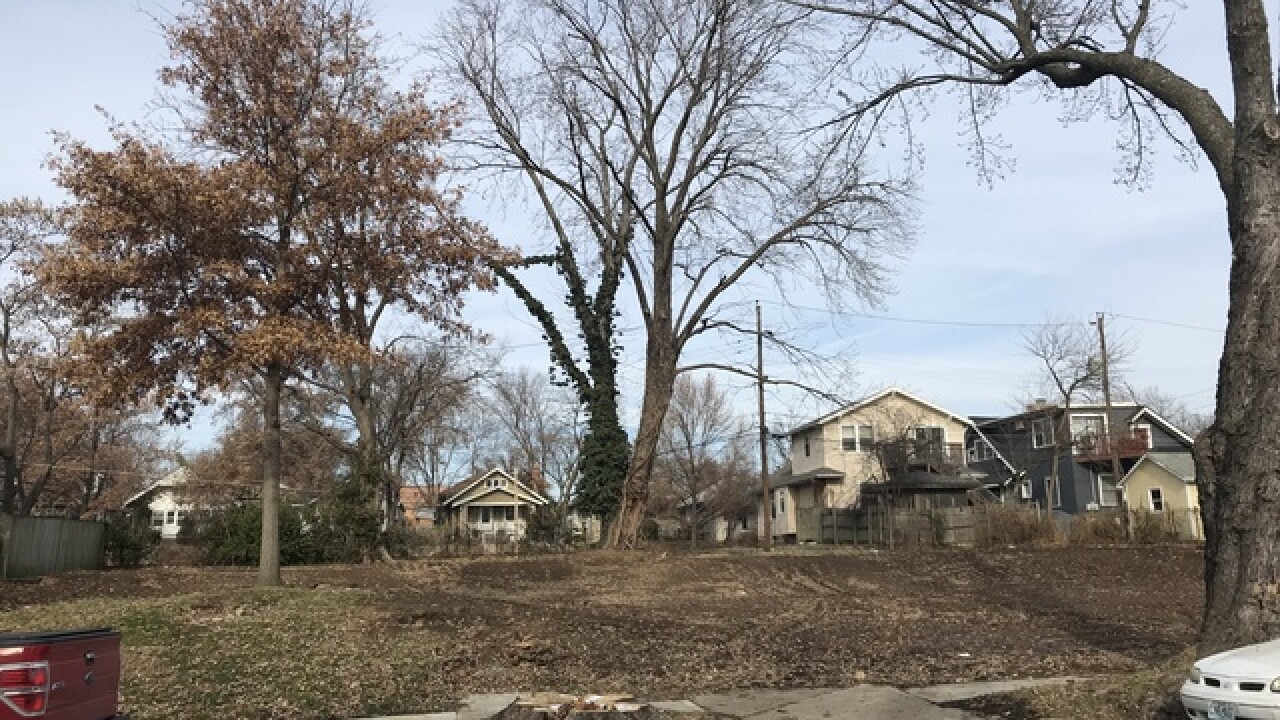 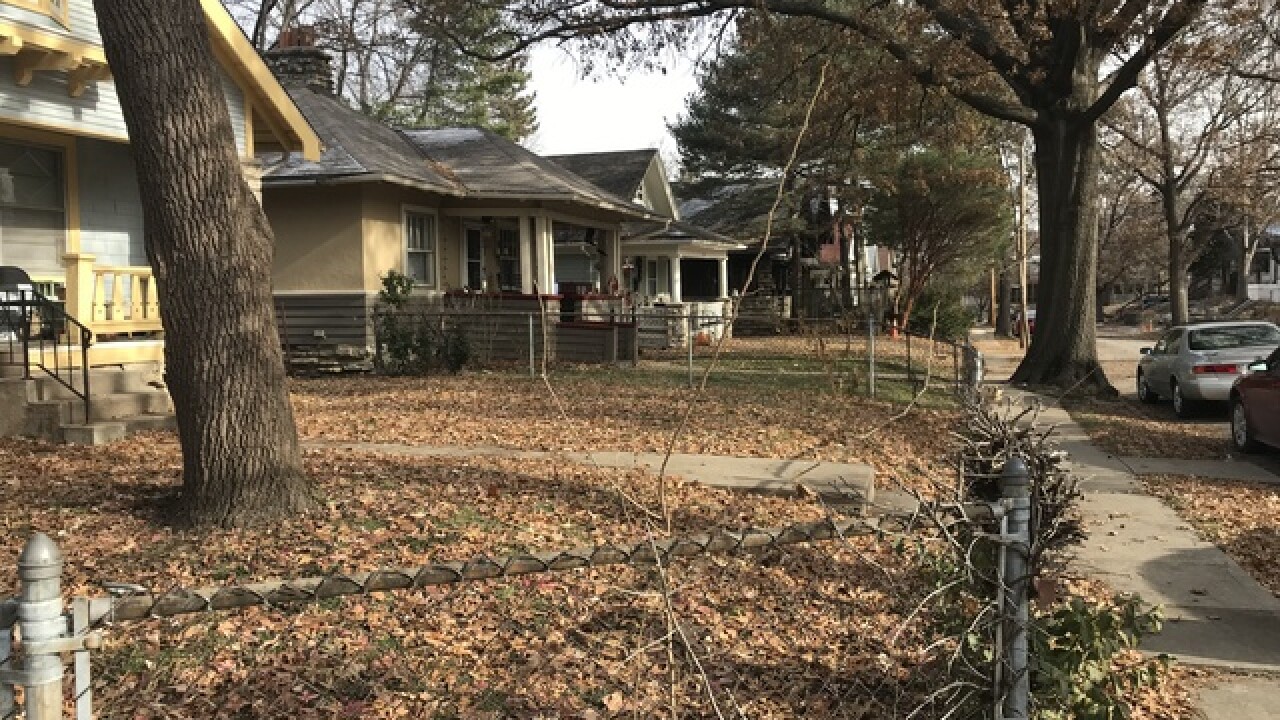 KANSAS CITY, Mo. — The Plaza-Westport neighborhood will soon get 30 brand-new single-family houses, with a price tag of $500,000 each, thanks to the Saint Luke's Foundation.

The homes are designed to enhance and revitalize the neighborhood that sits just west of Saint Luke’s Hospital between 44th and 45th streets.

Some who live in the neighborhood, including Judy and Robert Perry, are worried the new homes will mean the fabric of the neighborhood will change and become unaffordable.

"We’re afraid it’s going to be much more homogeneous and much more affluent," Judy Perry said.

Currently, an empty lot sits next to the Perry's home on the east. Two houses were there before, but they were both bulldozed this spring.

The couple doesn't want the century-old houses to be torn down.

"These are houses that could have been rehabbed at one point in time, but they have been let decline and now they are talking about replacing them with houses that will cost about a half a million dollars, so we’re losing a lot of affordable housing in this neighborhood," Judy Perry said. "It’s going to change the character in the neighborhood, which we really love."

Michael VanDerhoef, CEO of the Saint Luke's Foundation, stressed that the new homes will fit in the neighborhood.

"We spent a lot of time designing these homes to make sure they very much fit with the neighborhood," he said. "We didn't want to do anything that was dramatically different."

But the Perrys think the people who move into those homes will be different.

"The new buyers, I’m sure, will be totally different kind of neighbors. We’ve always liked the mix of people in this neighborhood. It’s always been a great mix of people," Judy Perry said.

And with a half-million-dollar price tag, the Perrys worry about who can afford to live there.

"The houses are rented out at pretty reasonable rates, and so the tenants that were moved out have had to move to other areas because there isn’t that much affordable housing in this area," Judy Perry said.

Affordability is something the Plaza-Westport Neighborhood Association is also concerned about, but officials said the area is increasingly becoming a more popular place to live.

"You’re seeing a little bit more modern and a little more trendy. Honestly, that's what the demand is asking for and so it happens," said Christina Boveri with the Plaza-Westport Neighborhood Association.

Boveri also likes the idea of more homeowners living in the neighborhood instead of renters.

"We welcome homeownership," Boveri said. "We have a lot of apartment buildings that have been built in the last few years."

Construction on the homes will begin this month and could last up to three years.