Potholes lead to JoCo Executive Airport taxiway getting shut down 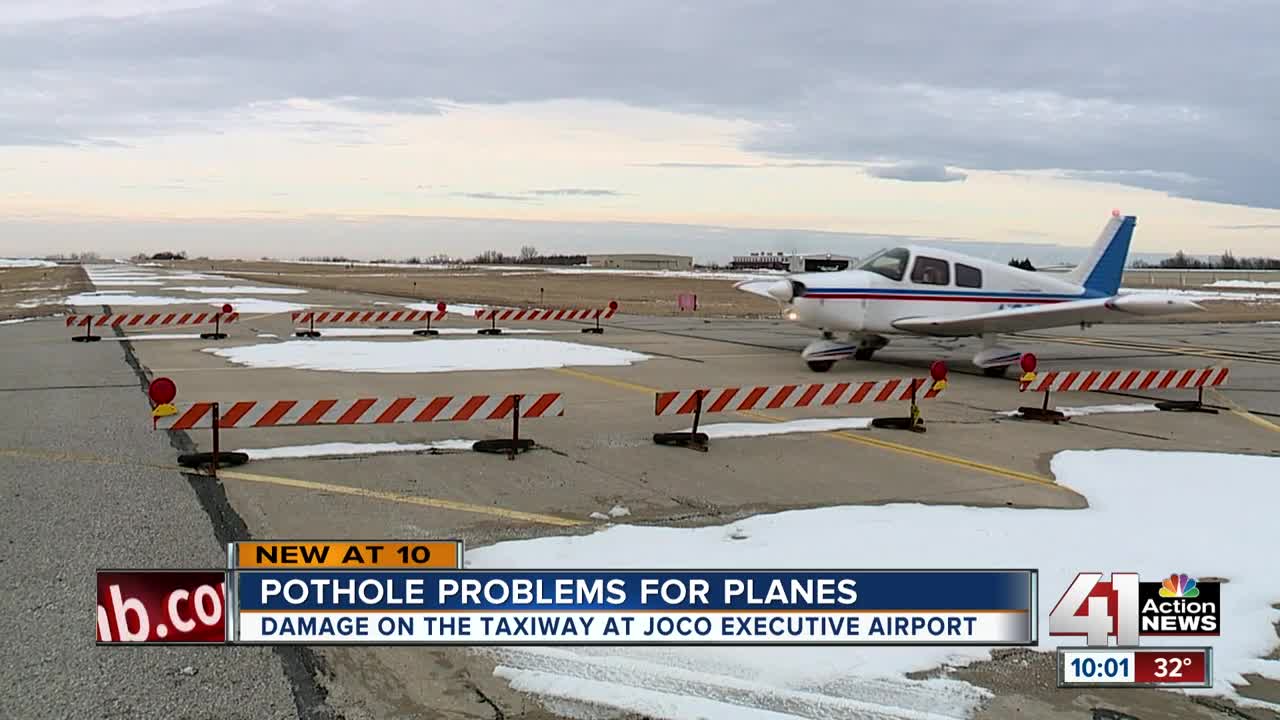 Weeks of snow, ice, and bitter cold temperatures have made part of a Johnson County Executive Airport taxiway too dangerous to use due to potholes. 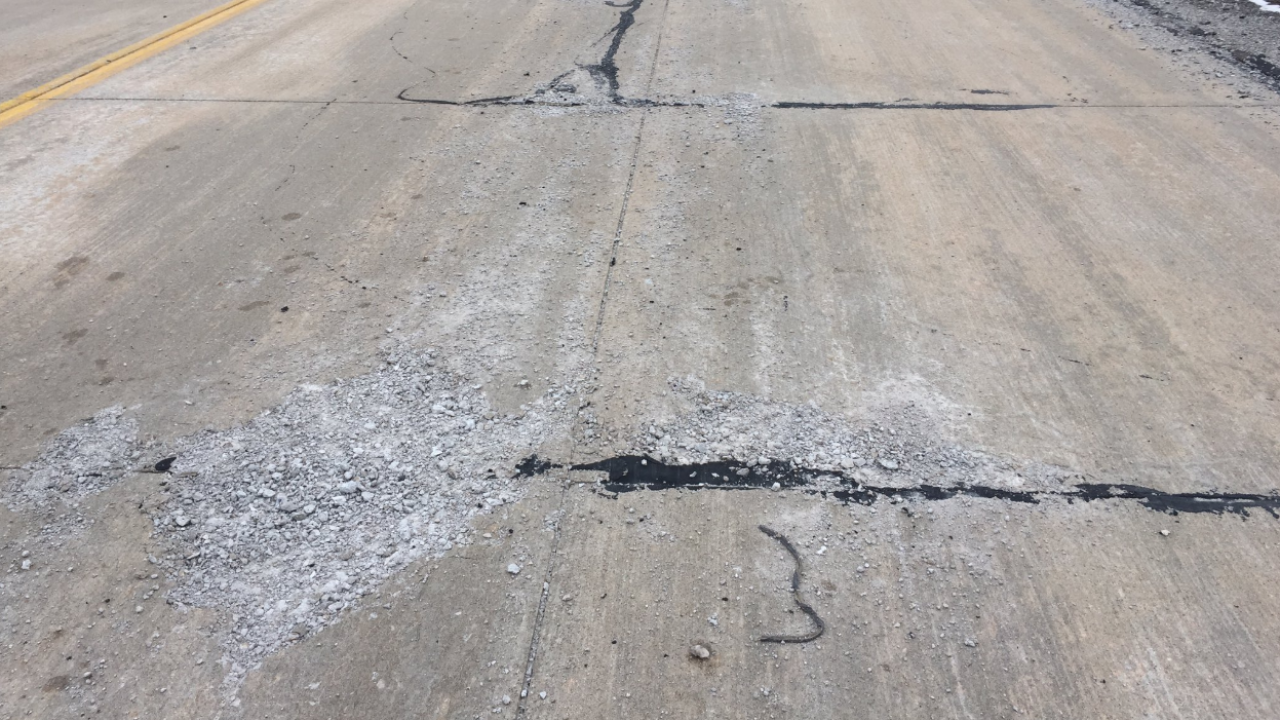 KANSAS CITY, Mo. — Weeks of snow, ice, and bitter cold temperatures have made part of a Johnson County Executive Airport taxiway too dangerous to use due to potholes.

The section shut down on the taxiway, which serves as a main route to the runway, stretches around 4,000 feet and contains dozens of potholes filled with stones and pebbles.

Out at JoCo Exec. Airport this evening.

Parts of Taxiway A have been shut down due to concerns w/ potholes. Airport says winter conditions made things very bad recently. @41actionnews pic.twitter.com/FgLEOnPago

The tiny pieces of rock can cause all sorts of issues with small planes and private jets before take off or after landing.

The Johnson County Executive Airport remains one of the busiest airports across Kansas and serves around 40,000 planes a year.

After taxiway Alpha was shut down due to the potholes, taxiway B has dealt with more traffic.

On Wednesday, the airport said it planned to fix the potholes once temperatures start warming up.

“In this case, we’re going to put a two-inch cap over it, which will give it another three to four more years,” said Johnson County, KS Airport Commission Executive Director Aaron Otto, noting that the taxiway was around 20 years old. “It’s passed its service life and it’s time to be replaced.”

The pothole fix will come shortly before an even bigger project at the airport.

Otto told 41 Action News that the main runway will be replaced in the summer, with taxiway B serving as a temporary runway.

With the main runway out of commission during the project, Otto said having the taxiways in good shape will be even more important.

“It’s terribly important (taxiway Alpha) gets in a position where it’s in service again so we can go back to replacing the main runway,” he said. “You want both of your taxiways up and running especially when your other taxiway is operating as the runway temporarily.”

As the winter continues to cause issues all across the metro, Johnson County Executive Airport hoped for sunny and warm days ahead.

“You have to have a nice runway or people are not going to bring their airplanes in,” Tom Cargin said. “If it’s broken and doesn’t work then it’s a bad impression and people won’t come back.”