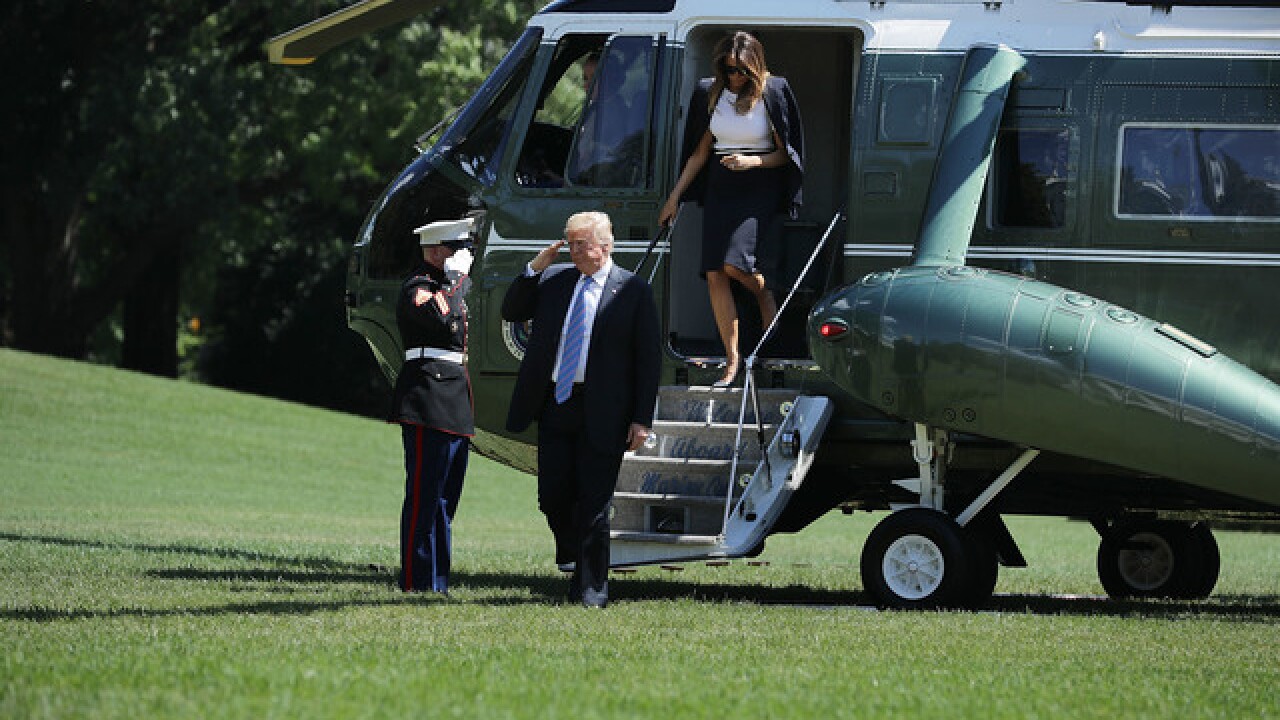 Copyright 2018 Scripps Media, Inc. All rights reserved. This material may not be published, broadcast, rewritten, or redistributed.
Chip Somodevilla
<p>President Donald Trump and first lady Melania Trump returned July 18, 2018, to the White House in Washington, DC. The Trumps traveled to Joint Base Andrews to pay their respects to the family of U.S. Secret Service Special Agent Nole Edward Remagen, who died after suffering a stroke while supporting Trump's trip to Scotland over the weekend.</p>

The convention will bring more than 10,000 members of the VFW and its Auxilliary to town for the 119th VFW National Convention on July 21-25 at the Kansas City Convention Center.

Trump, who also will attend a fundraiser for Missouri Attorney General Josh Hawley’s Senate campaign, is expected to address the group Tuesday during a business session.

His appearance will not be open to the public, but the VFW plans to livestream its closed business sessions on its website.

“The president’s attendance continues a longstanding VFW tradition to provide our nation’s commander-in-chief with the opportunity to address the nation’s largest and oldest major war veterans’ organization, which is especially important during a time of war and instability abroad and internal challenges at home,” VFW National Commander Keith Harman said in a release detailing Trump’s appearance.

Retired Marine Corps Lt. Col. Oliver North — a former Fox News contributor and central figure in the Iran-Contra scandal, who became president of the National Rifle Association in May — also will make an appearance along with several elected officials from Missouri and Kansas.

The VFW also will present its national awards during the convention, including the Dwight D. Eisenhower Award to Marine Corps Gen. Joseph F. Dunford Jr., chairman of the Joint Chiefs of Staff.

Another highlight of the event will be a free Trace Adkins concert, featuring the U.S. Army Six-String Soldiers, on Sunday at Municipal Auditorium.

There also will be health fair for veterans, service members and their families each day of the convention and a free, two-day walk-in claims clinic for veterans during the weekend.