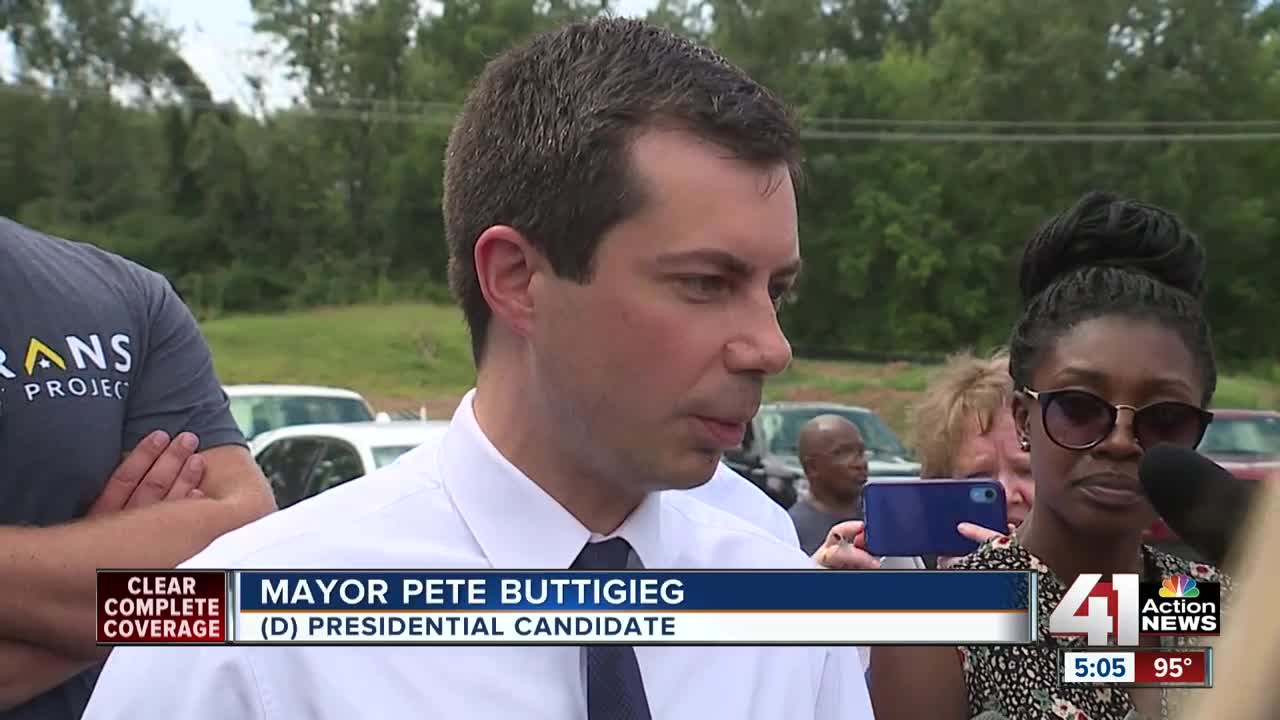 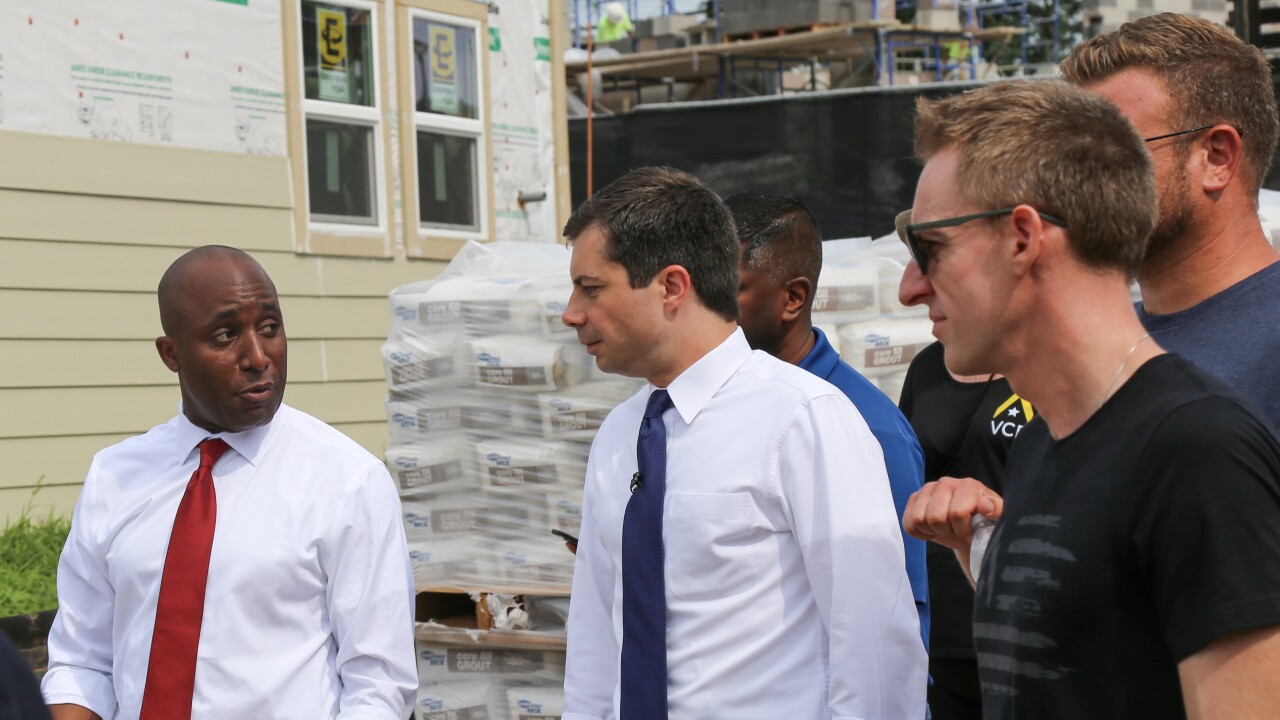 KANSAS CITY, Mo. — Presidential hopeful Mayor Pete Buttigieg said the Veterans Community Project has "cracked the code" in many ways on connecting veterans with the help they need.

Buttigieg, a Navy Reserve veteran, toured the cluster of tiny homes on Wednesday. The VCP provides transitional housing for homeless veterans as well as walk-in support services for all metro-area veterans.

"Everybody's talking about how we support the troops, but we're still struggling to make good on that mutual promise across the United States," Buttigieg said.

"It's a bunch of combat veterans who came together and said let's do what we did overseas," Kander said, "We're going to say this is an important mission, people's lives are at stake. We're gonna figure out how to get it done."

"At City Hall we often deal with issues related to housing, homelessness, making sure that we're actually taking care of our veterans," Lucas said, "This is an organization that's doing it in a way government can't."

The group had a chance to meet some of the veterans served by VCP.

One of them was Charlie Robinson, Jr., a U.S. Army veteran who was homeless before moving into one of the tiny houses in January.

"I think this should be in every state in the United States for vets," Robinson said.

The 63-year-old also said the VA should be doing more to help veterans.

Buttigieg agreed internal flaws within the agency must be fixed, but he thinks the VA and HUD could also better support work done by groups like VCP.

"The question is how can federal policy be a wind at their back, and I do think the VA could take more steps to connect up these layers that these leaders are building," he said.

Robinson thinks having a veteran like Buttigieg in the White House is a first step in fixing the institutional problems the community faces.