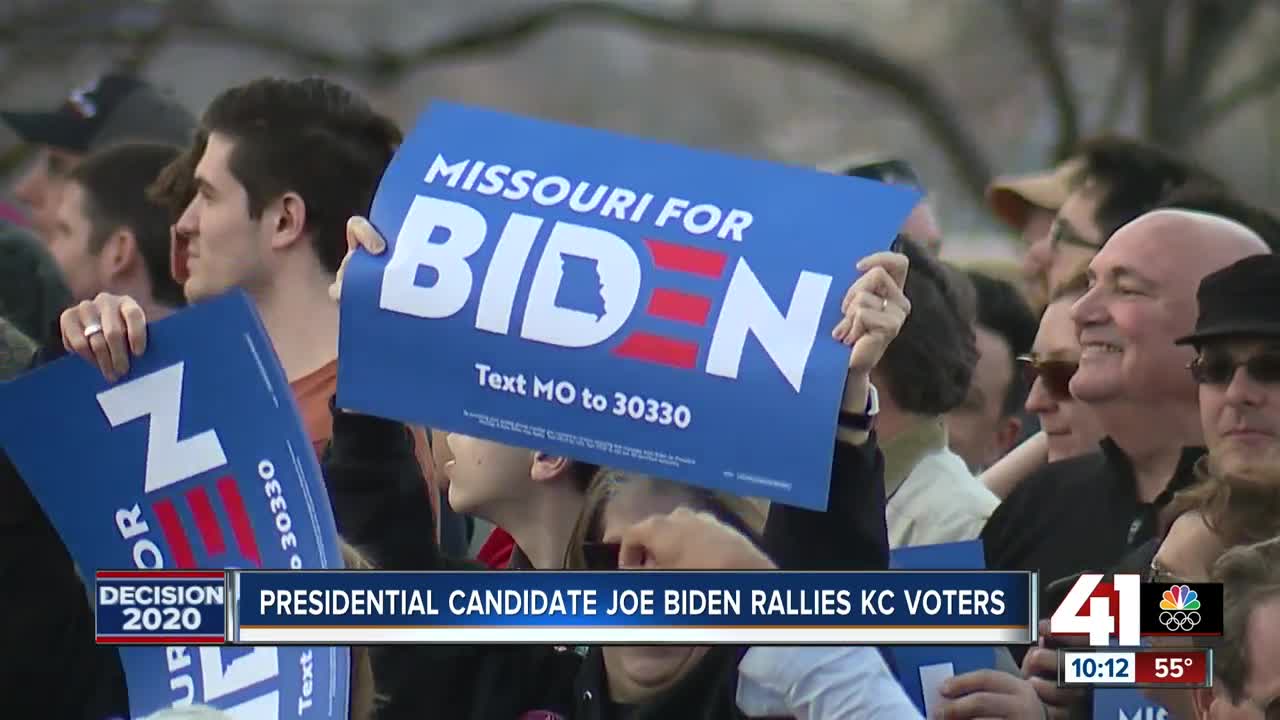 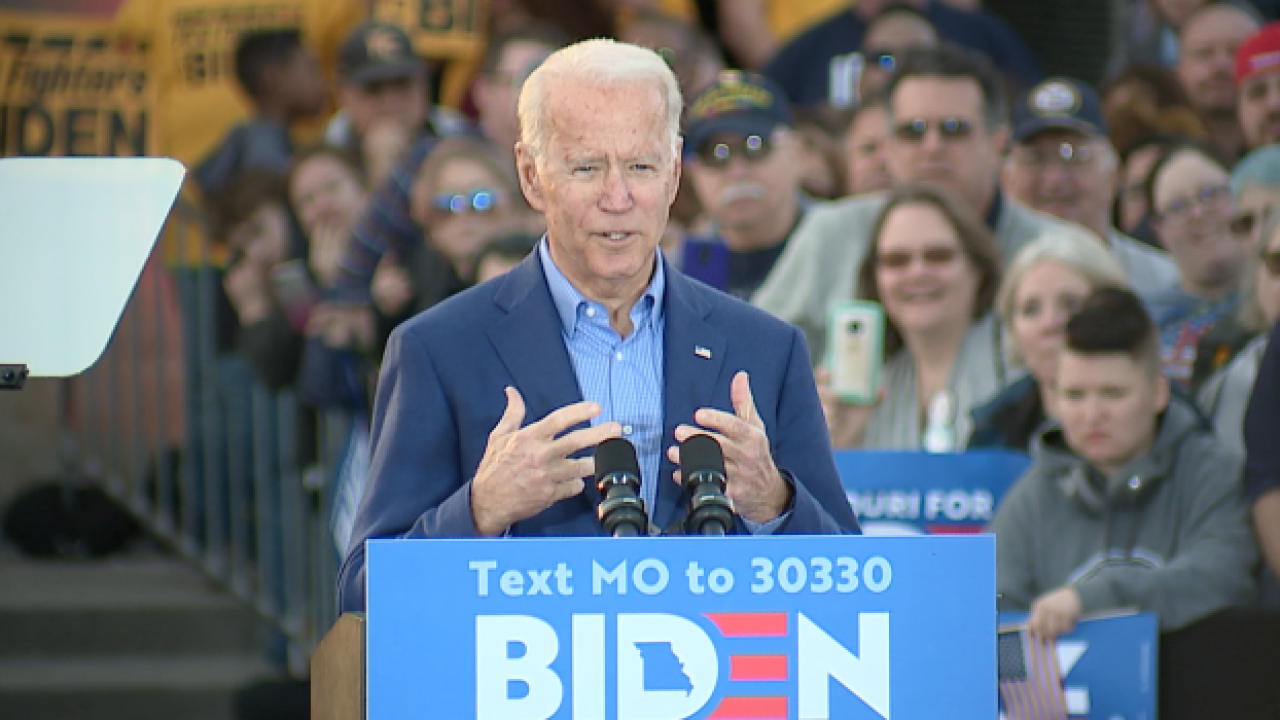 Hundreds of people showed up to the National World War I Museum and Memorial for the rally.

Some voters like Billy Sutton said they liked what Biden had to say during his speech.

“Joe Biden wasn’t my original candidate, but I’m all about getting Donald Trump out of office," Sutton said. "So, I think he did a good job kind of rallying the people and getting people out to vote."

Some voters who remain on the fence told 41 Action News that Biden's speech did not persuade them a certain way.

“I really liked what he had to say, I wasn’t really surprised," said Brian Weinberg. "I’m sort of an undecided voter between Bernie and Biden right now."

Anita Scheuring, a Kansas voter, told 41 Action News she attended the event to show her support, despite her inability to vote in Tuesday's presidential primary.

“I think it was definitely worth Biden’s time to come here for sure," Scheuring said, "and I’m very pleased to see the turnout especially ahead of the Missouri primary on Tuesday."

Not all who showed up to Biden's event were in support of him. A small group of people were thrown out of his rally after chanting, "Where will I live?"

One woman wearing a Make America Great Again hat said she wanted to hear what the presidential candidate had to say, but was not impressed.

“I was wanting him, now that there’s just two of them, I would like to hear him say what his platform is," Marian Stevens said. "He wants to beat Trump but other than that, that’s all I hear."

Voters in Missouri will cast their ballots on Tuesday.