KANSAS CITY, Mo. — The KC Streetcar Authority and the KCATA have proposed potential stops along the Main Street expansion route.

The proposed stops were announced Tuesday during the first public meeting for the extension in the hopes of getting public input.

The proposed stops along Main street include: 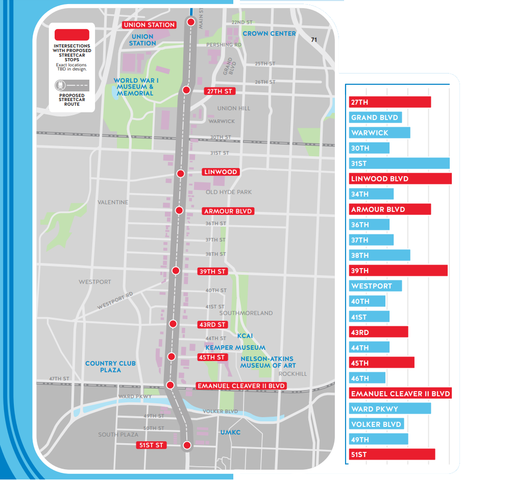 Businesses along the route are already preparing for an influx of new customers, despite the potential expansion not expected to be completed until 2023.

The Nail Bar N Lounge, a nail salon just a block from the proposed 39th and Main stop, is being renovated right now.

The owner, Valerie Lam, said when she learned of the potential streetcar expansion and how close one of the stops could be, she decided to expand as well.

She’s adding a hair salon to her space and additional chairs on the nail salon side.

Lam said she is expecting many more customers once the streetcar arrives.

Next door, Unicorn Theatre staff said a stop at 39th and Main could make a huge difference for their patrons.

“The streetcar is going to be right outside our door and if people can not have to complain about parking so much in the city... fantastic," Cynthia Levine, Producing Artistic Director at the Unicorn Theatre, said.

The KC Streetcar Authority, the City of Kansas City and the KCATA will hold a follow-up public meeting in June.