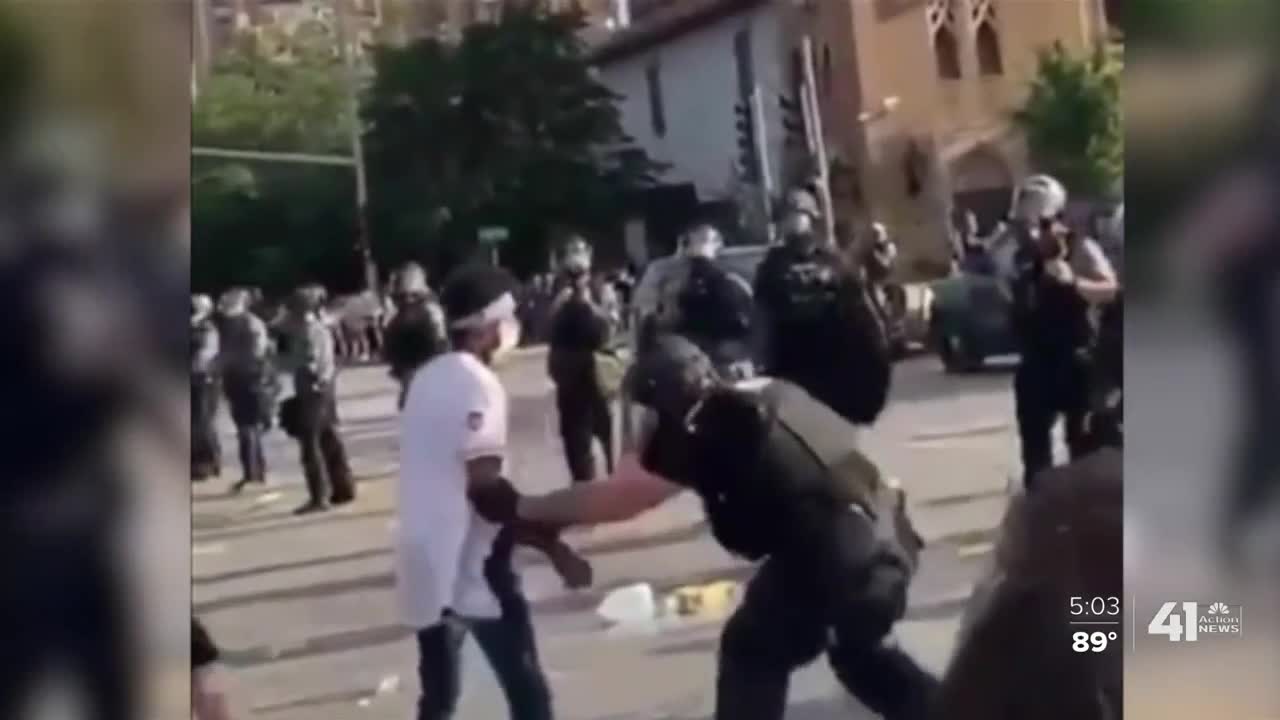 A Kansas City protester who was arrested over the weekend says he is 'glad I did take that stand.' 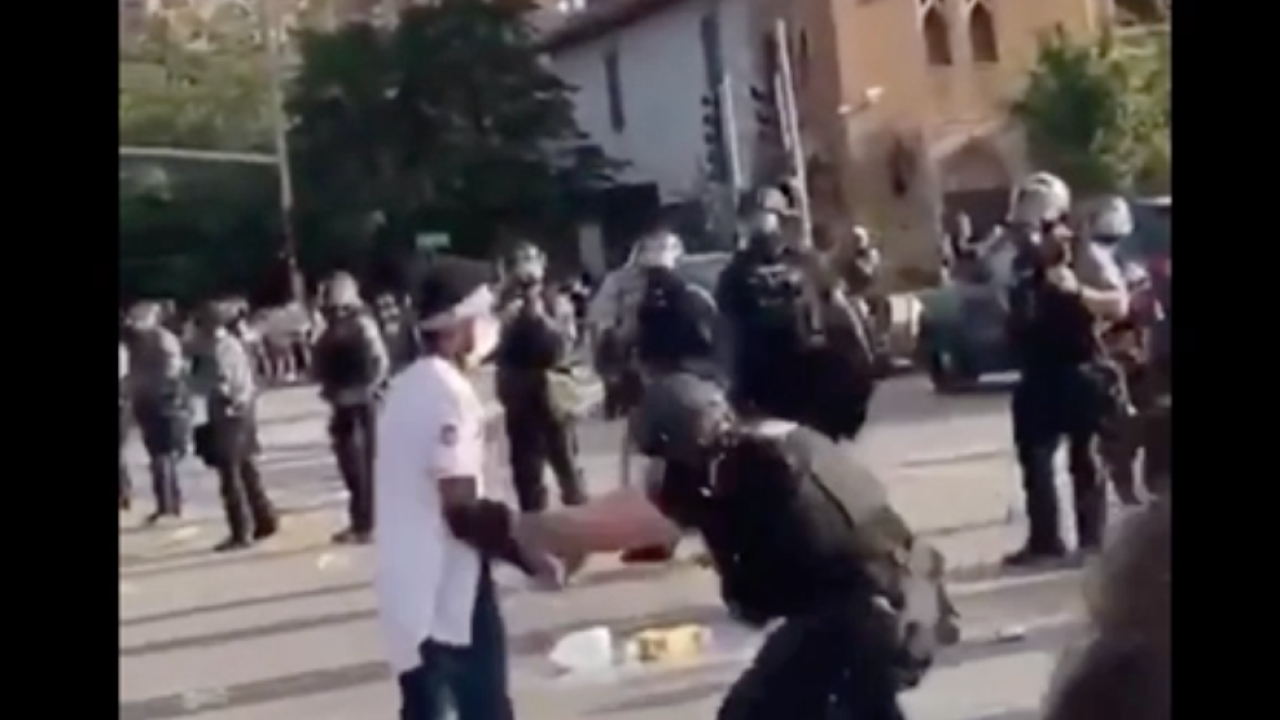 KANSAS CITY, Mo. — The video of 20-year-old Paul Salary's arrest has been viewed and shared on social media over two million times.

Salary told 41 Action News he was taking a stand, a stand that got him arrested at the Country Club Plaza protests on Saturday evening.

"I saw an officer push a lady back into the grass with all his force, so I just ran into the street on instinct," Salary said. "And they tried to spray me, and they did warn me to get back but I didn't get back 'cause I was just out there, like what do I do now?"

The Kansas City Police Department said he was arrested for "failing to obey a lawful order."

The police said no one was allowed in the street and wanted to keep protesters on the sidewalk. Salary knew that, but felt he had to do something anyway.

In the video, one officer walks toward him and grabs him. It looks as if another woman tried to run to Salary's defense, but the police pepper-sprayed her.

"I'm glad I did take that stand because at least it could influence people to be a little bit better or like, want people to try a little harder," Salary said.

Salary and many other protesters were taken to jail that night.

Everything was frantic and unorganized at the jail, Salary said. He didn't get out until 3 a.m.

Another video has created a lot of conversation and outrage, also shared and viewed thousands of times. Kansas City, Kansas, resident Tarence Maddox is seen addressing the police officers and stepping into the street. Several officers walked towards him and grabbed him. The police pepper-sprayed a woman in her face after she tried to intervene.

Maddox was then seen on his stomach on the ground being arrested.

The police said Maddox did not resist arrest, but they continued to deploy pepper-spray because the crowd's actions were beginning to get "aggressive and violent" by throwing things at the officers.

Salary said the point of the movement is to hold police accountable because they don't hold themselves accountable.

He and other protesters said what they went through was worth it for the cause, but want to hold police accountable.

Salary said the incident didn't deter him from being an activist and will participate in future protests.