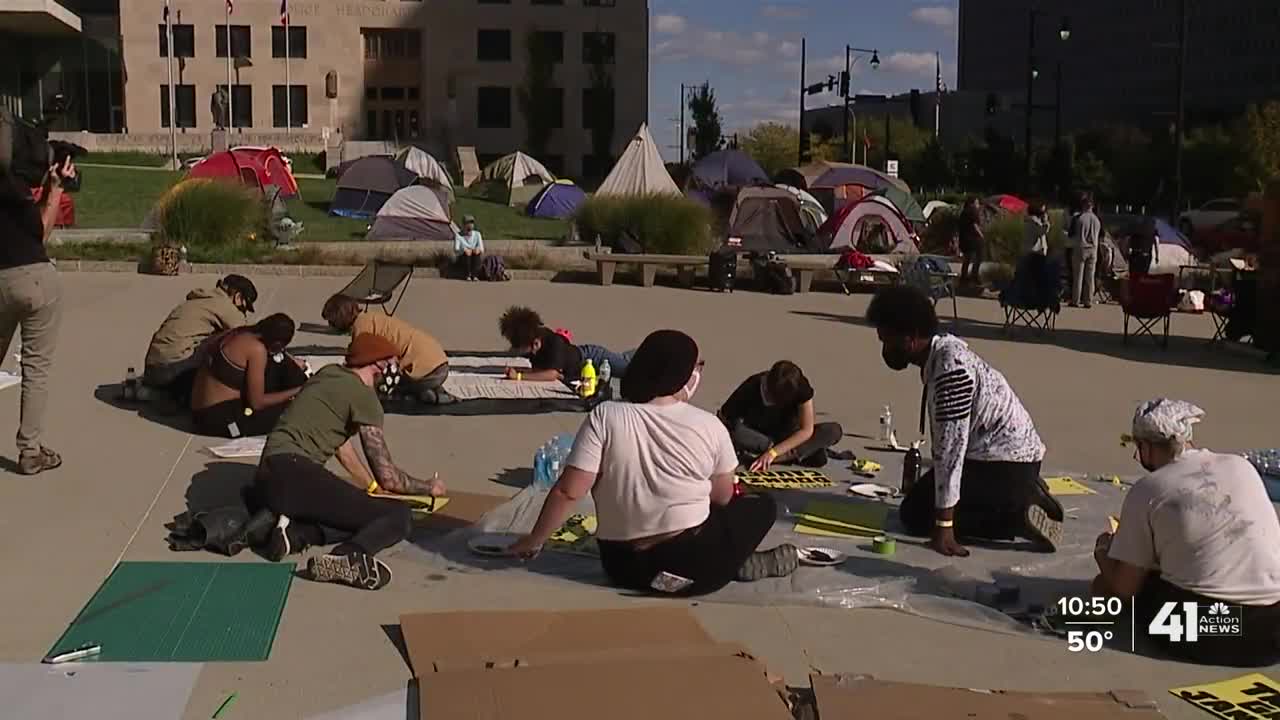 Protesters in Kansas City, Missouri, will reside outside City Hall indefinitely in the aftermath of a social media video that shows officers arresting a pregnant woman. 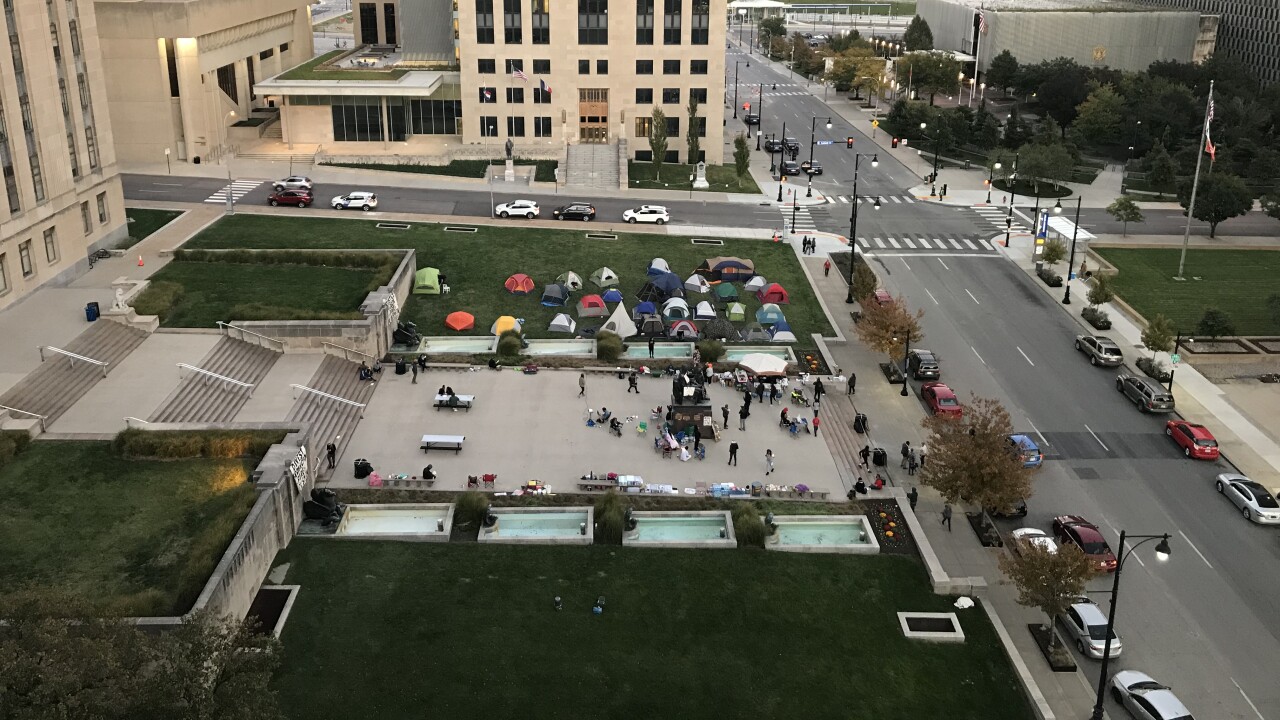 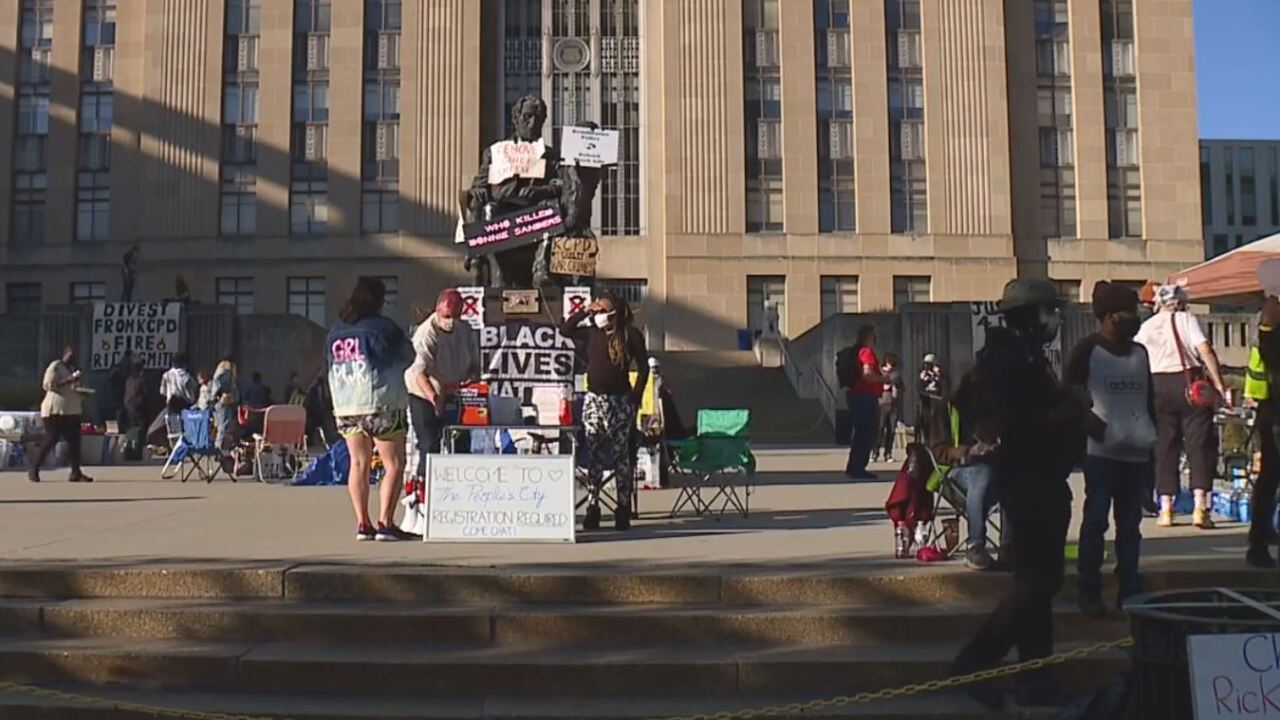 KANSAS CITY, Mo. — Protesters in Kansas City, Missouri, will reside outside City Hall indefinitely in the aftermath of a social media video that shows officers arresting a pregnant woman.

Civil rights groups and "abolitionist organizations" have joined forces, calling for "immediate change," according to a news release issued Sunday.

Their demands, according to the release, include:

Protesters on Sunday projected, "Fire Rick Smith," and "Fire Officer Newton," onto City Hall. Activists have previously stated that Newton was the officer involved in the pregnant woman's arrest.

A KCPD spokesperson told 41 Action News that Smith has "no plans on leaving."

The effects of budget cuts, according to the spokesperson, were addressed in Smith's recent blog post.

An 11% budget cut, or $26 million, would be "devastating," Smith wrote. The largest item, he said, would be a 400-person reduction for KCPD staff, and two-week furloughs for the remaining employees.

Video of the arrest surfaced Thursday. Police said during a news conference that the woman was interfering with an arrest, but her attorney said officers were unhappy she was videotaping them and "calling for accountability from the officer" during a gathering for a balloon release.