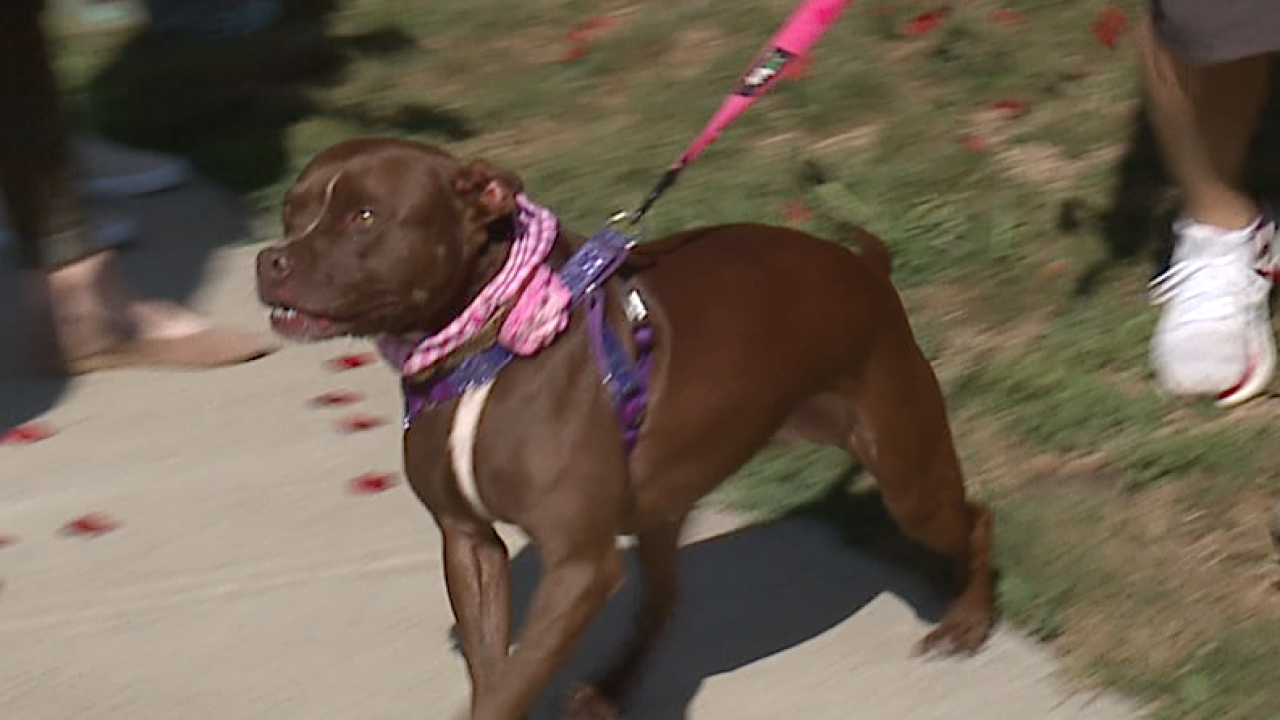 Queen, who spent more than 400 days at the Great Plains SPCA in Merriam, finally found her forever home on Tuesday, one week after a local animal advocate moved into the dog’s kennel to raise awareness and exposure to find her a home.

KANSAS CITY, Mo. — A shelter dog that had gone more than 400 days without being adopted finally found her forever home on Tuesday.

Queen, a 3-year-old terrier mix at the Great Plains SPCA in Merriam, was adopted on Tuesday, a week after a local animal advocate moved into the dog's kennel with the goal to raise awareness and exposure to help find her a permanent home.

Scott Poore said that he visited Queen at the shelter every day before deciding to move in with her last week. He documented his campaign on Facebook, with videos that showed him sleeping in the 10-by-7 room with Queen.

“It’s been a tough week, I’m not going to lie, being here that much,” Poore said on Tuesday. “But I’m happy. I’m excited to go home, I’m excited to sleep in my own bed, but most importantly, I’m excited for Queen and the fact that she’s getting adopted today.”

Queen’s new owner, Tony Peluso, said he didn’t know that Queen and her story had gone viral amid Poore’s campaign. He said a friend sent him a photo of the dog, and when he visited her, he “immediately fell in love.”

“I could not believe that she’d been here as long as she had,” Peluso said. “She is a perfectly sweet dog, and she just reminds me of a little stuffed animal.”

Peluso said he lost a senior dog just three weeks ago and wasn’t looking to adopt another one so soon.

“I wasn't looking for another dog, but as soon as I saw the picture, I said I have to meet that dog,” he said.

The dog left the shelter in a style truly fitting a Queen, with staff and volunteers throwing rose petals in the air as she walked out for the last time.

"Four hundred days is an eternity for any shelter pet," Poore said. "Sadly, most shelters wouldn't keep a pet for that long, but this organization didn't give up on Queen."