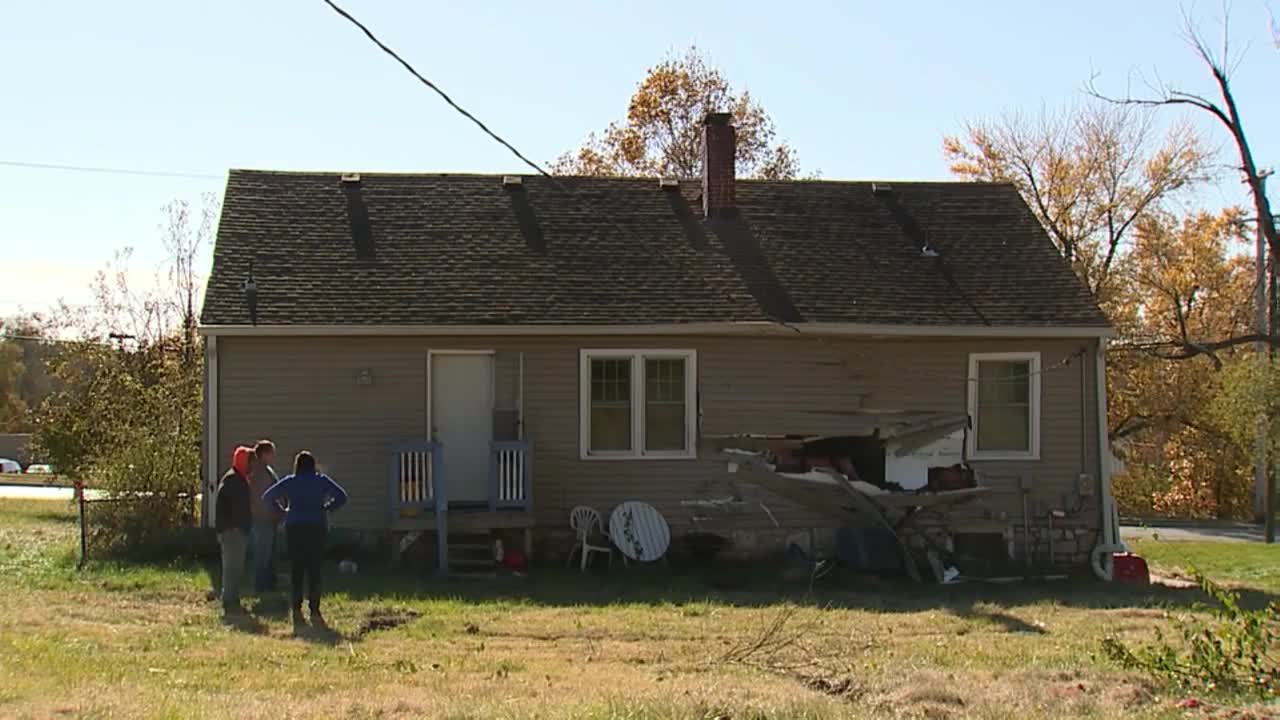 Shawn Taylor and half of his family were at their Raytown, Missouri, home near East 53rd Street and Pittman Road Wednesday afternoon when they heard a crash. 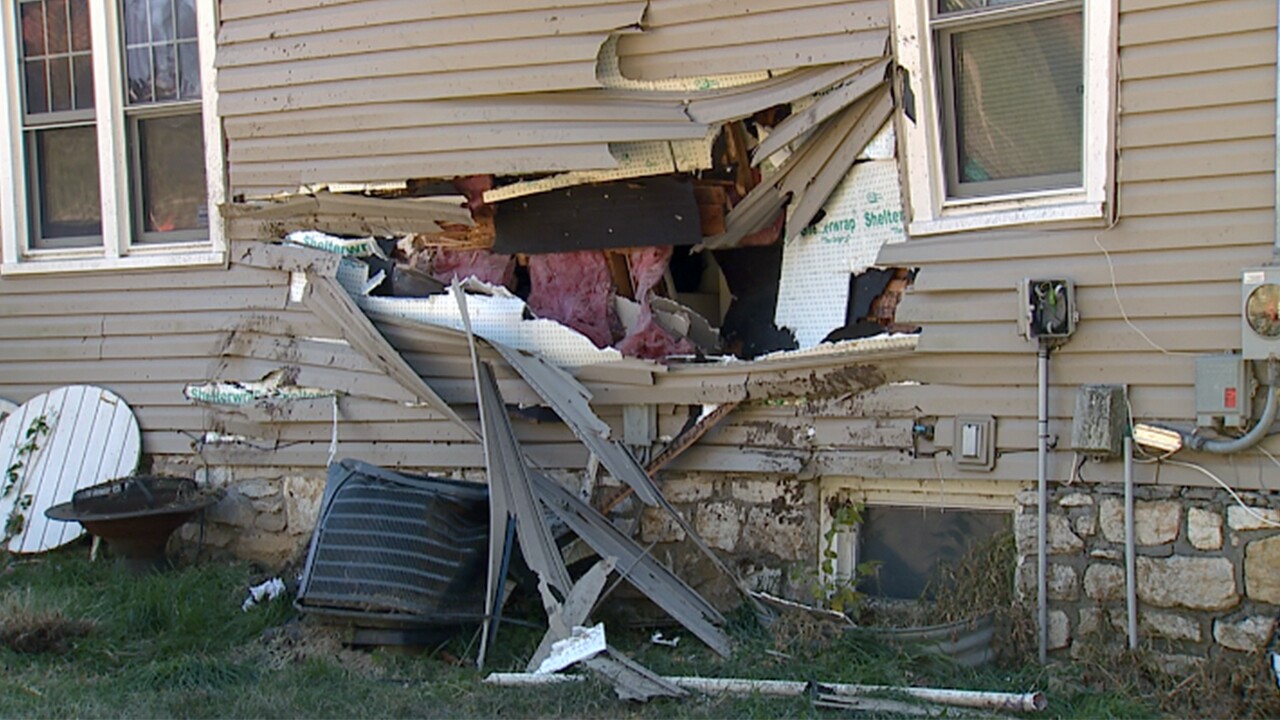 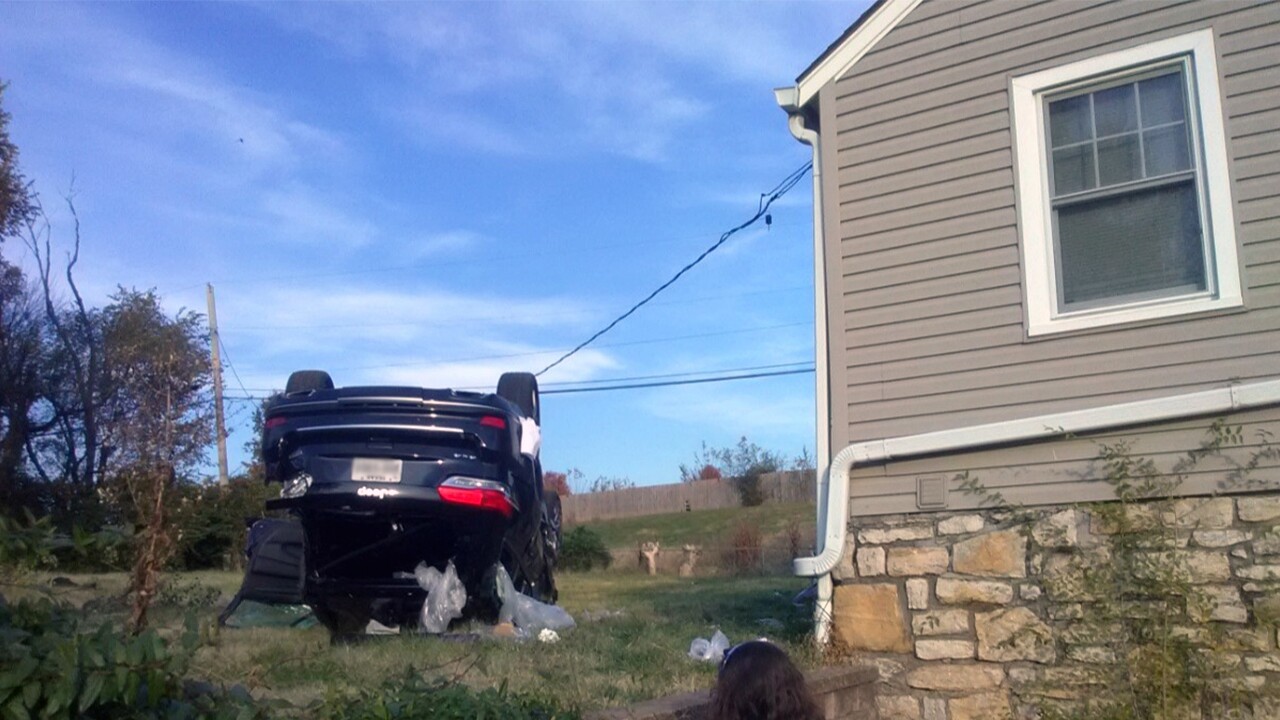 RAYTOWN, Mo. — Shawn Taylor and half of his family were at their Raytown, Missouri, home near East 53rd Street and Pittman Road Wednesday afternoon when they heard a crash.

It sounded like a bomb went off, Taylor said.

He ran outside and heard someone calling for help in the backyard.

"I come around through the gate and there’s a car laying in the backyard. Got two kids laying on the ground here pretty messed up," Taylor said.

A Jeep Grand Cherokee had crashed into the back of the house, and Taylor said he saw two people who looked like a teenage boy and girl laying in the grass, seriously hurt. Taylor said another teenage boy ran away.

Police said the Jeep was stolen out of Independence, Missouri.

The driver had been speeding south on Pittman toward 53rd, going about 85 miles per hour, when they lost control and veered off the road. After crashing through fences and trees into the Taylors' backyard, the Jeep went airborne and flipped into the house.

Taylor's oldest son was resting on a futon just on the other side of the wall where the car crashed.

Now, you're able to see into the house from the outside. The Jeep took out electrical wiring, water pipes, and left a big dent that spans from the roof to the ground.

Amazingly, no one in Taylor's family was hurt.

"At first, I was so darn mad. You know, I thought they were just a car load of kids out being dumb and then you find out the car's stolen and these kids might not make it," said Taylor. "All you can think about is 'Why? Why? What's so exciting about this?'"

The house is condemned as a result of the crash, and Taylor's family is trying to find a place to go. The Red Cross is helping the family with temporary shelter.

Taylor said all he could do that night was worry about the kids in the Jeep.

Taylor has started a GoFundMe campaign.