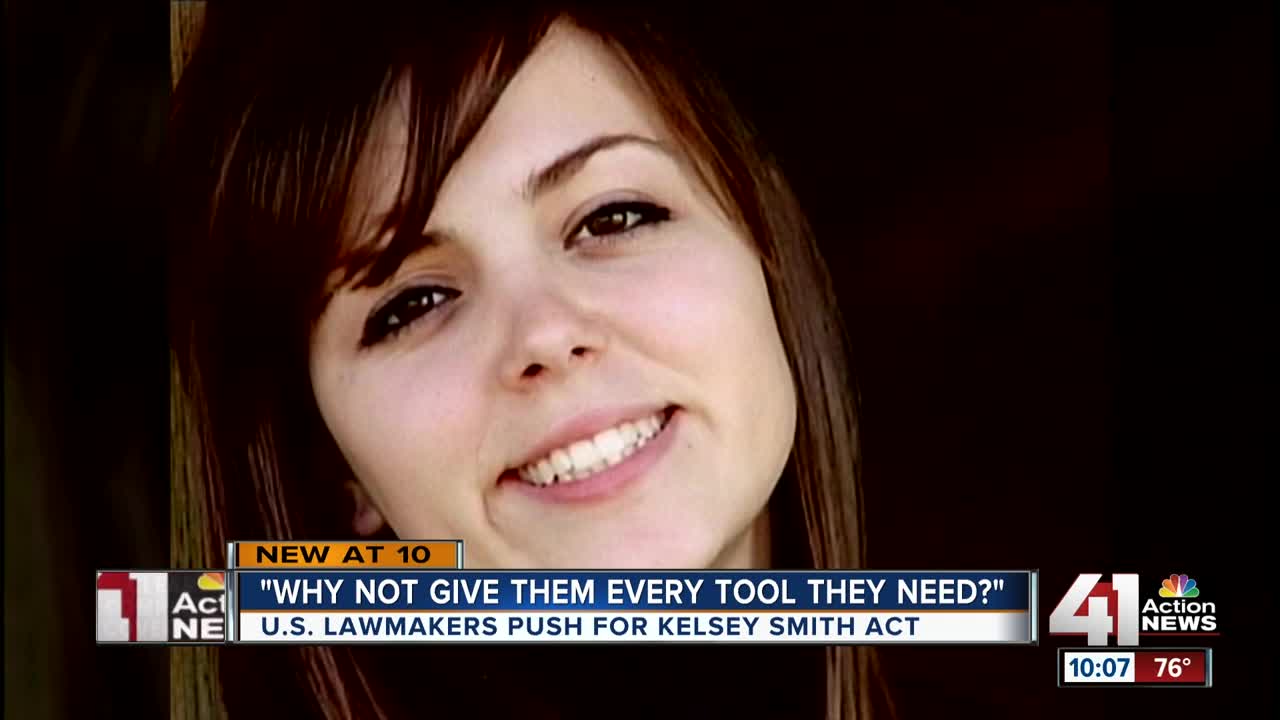 U.S. Congress members from both parties and chambers are renewing a push to pass the Kelsey Smith Act, named after a Johnson County teen who was kidnapped and killed in 2007. 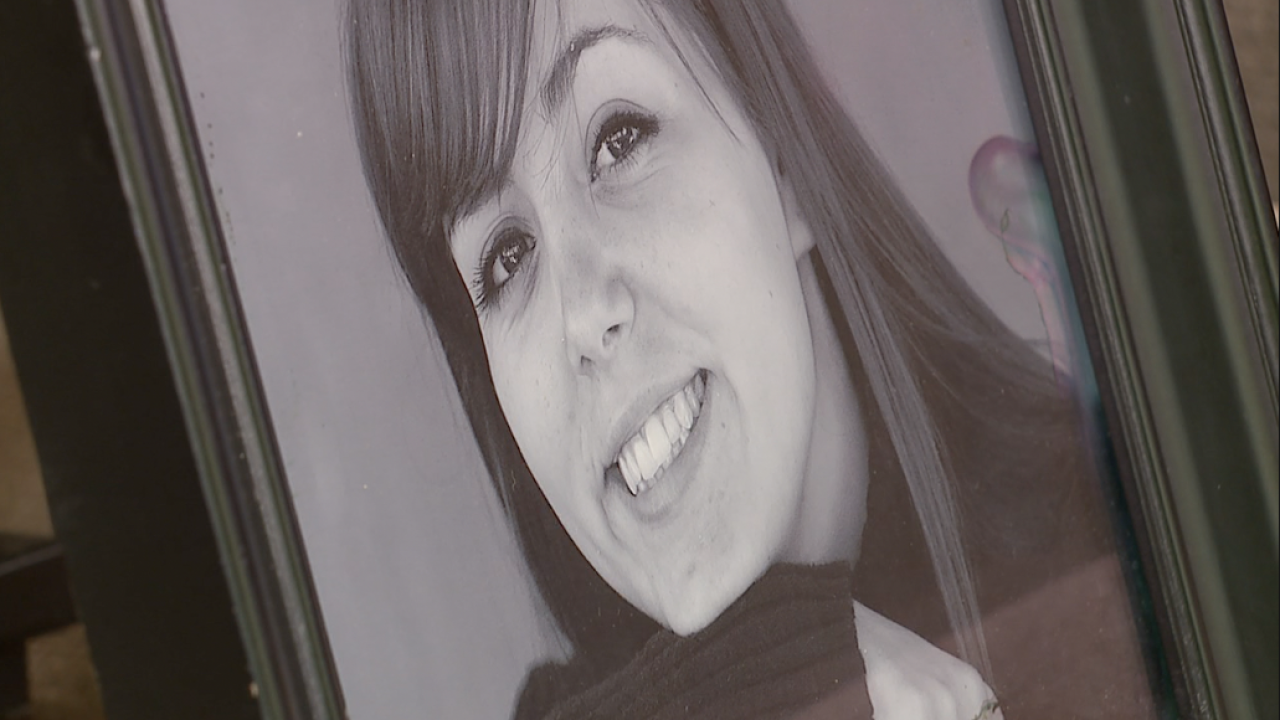 OVERLAND PARK, Kan. — U.S. Congress members from both parties and chambers are renewing a push to pass the Kelsey Smith Act, named after a Johnson County teen who was kidnapped and killed in 2007.

The bill, which requires cellphone companies to turn over device location information in emergency situations, was first introduced in 2009.

It all stems from the tireless efforts of Kelsey's parents, Greg and Missey Smith.

"When things first started, I told a friend of mine, 'This is not a sprint, it's a marathon,'" Missey said, "I just didn't realize how long the marathon was going to last."

For 10 years now, the couple has been pushing for change in Congress. One thing keeps them going.

"It's Kelsey. There's no doubt about it, it's Kelsey," Greg Smith said.

She was 18 years old and a recent high school graduate when she walked out of a Target in Overland Park and disappeared. It took four days for a cellphone company to release location information from her phone. Once it did, police found her body within 45 minutes.

The Smiths dedicated their lives to passing legislation to expedite that process for other families.

"It would have saved four days of hunting for her and not knowing if your child was alive or what her outcome was," Missey Smith said.

If law enforcement determines there's an emergency situation, the Kelsey Smith Act requires wireless communication providers to turn over a device's location information. It also provides immunity to the phone company for doing so.

"Bottom line is it's a tool for law enforcement. We live in a technology world, and why not give them every tool they need to find somebody," Greg Smith said.

The legislation says the information should be released if officers assert the phone was used to call 911 in the preceding 48 hours or if there's reason to believe someone is "at risk of death or serious physical harm."

The Kelsey Smith Act passed in Kansas in 2009, and similar laws exist in 23 other states.

However, in 2016, it failed to pass the U.S. House of Representatives. Members of Congress who voted against the bill cited privacy issues in allowing law enforcement to access information without subpoenas.

The Smiths point out only location would be released, so texts, pictures and phone calls would be off-limits.

They're hopeful this year their daughter's bill will finally become federal law.

"I just want to get it done," Missey said.

"It would be a relief," Greg added.