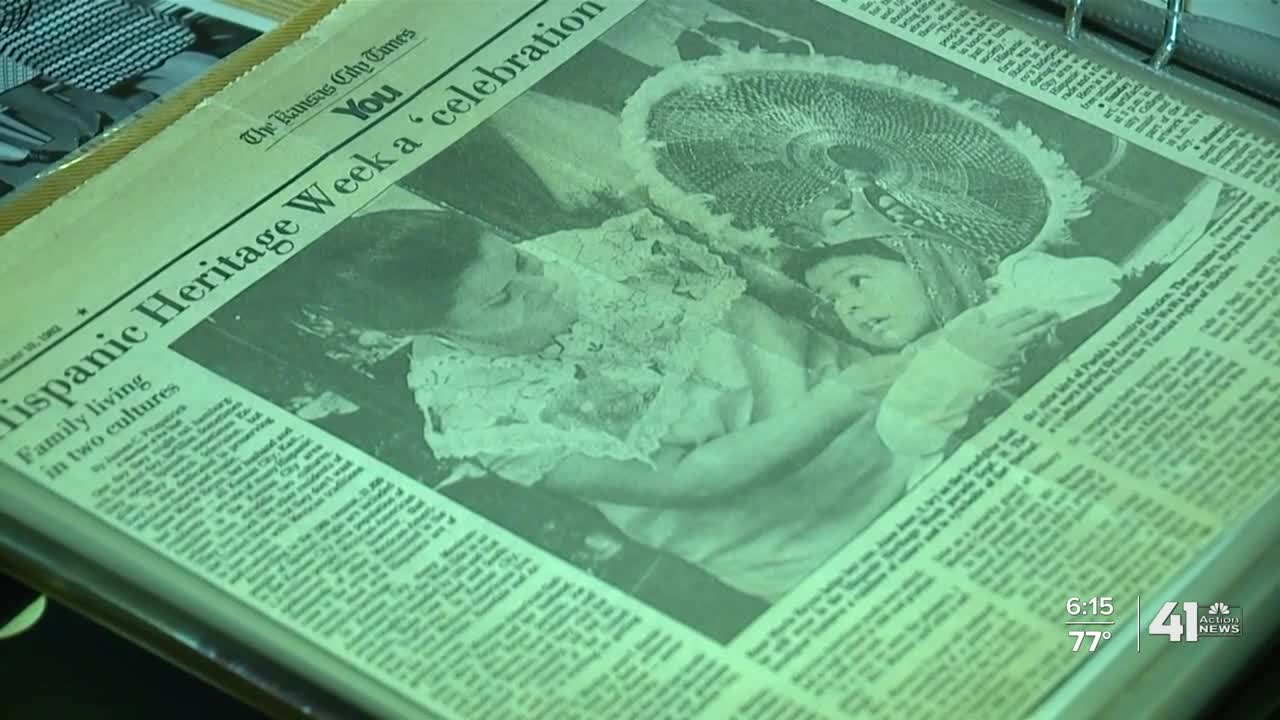 To kick off Hispanic Heritage Month, we are sharing Rose Marie Mendez's story, a renowned Mexican folkloric dance teacher who has made an impact in her community since 1965. 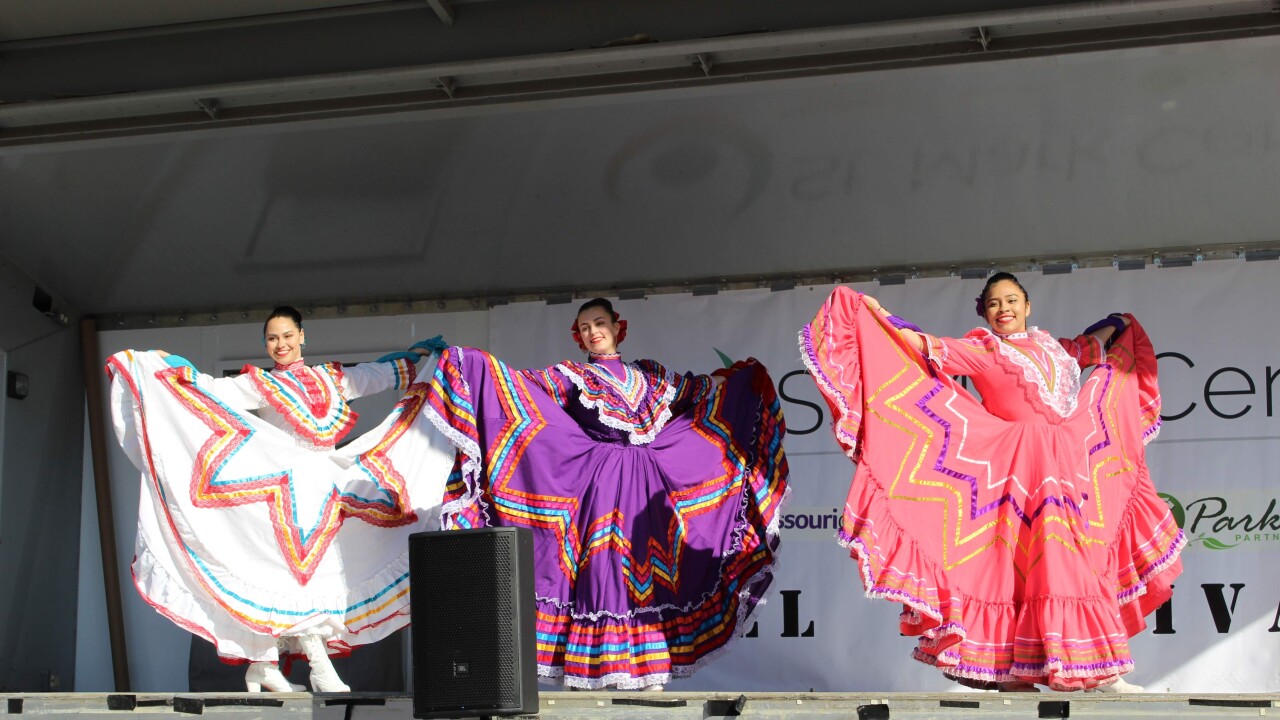 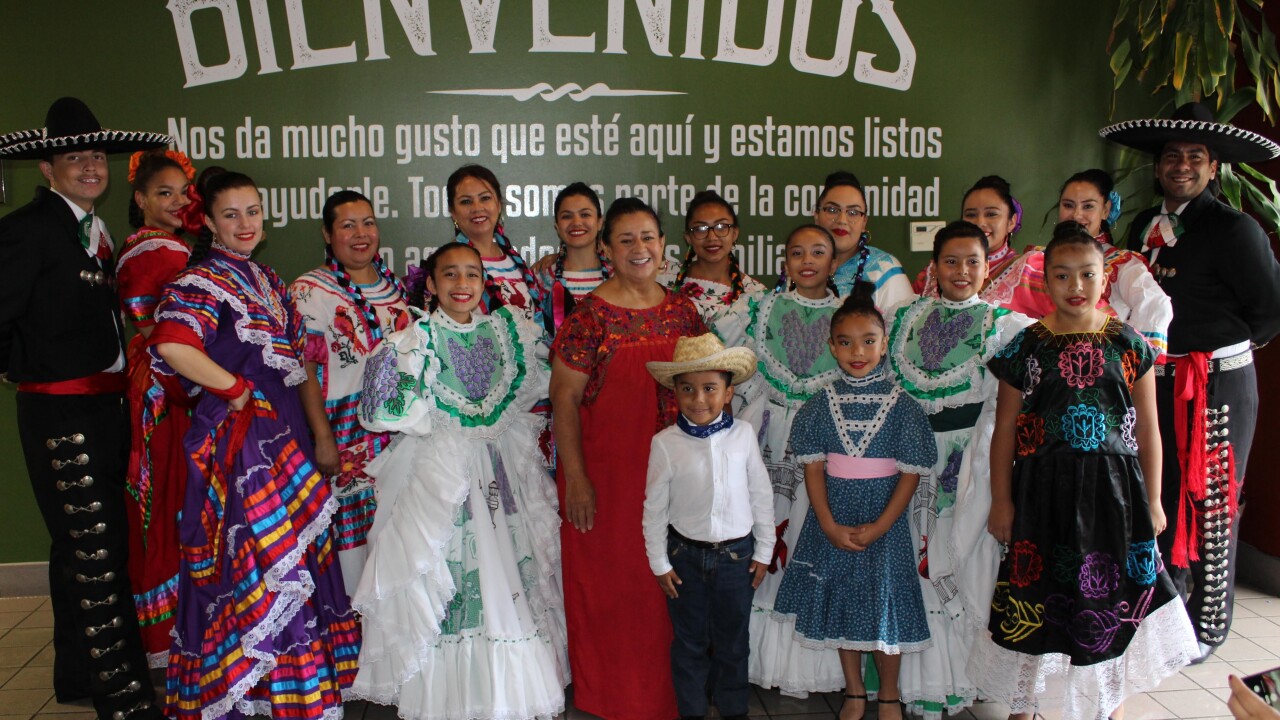 KANSAS CITY, Kan. — Rose Marie Mendez is a renowned Mexican folkloric dance teacher, who works to reflect her students' life through the art she teaches.

As 41 Action News kicks off coverage of Hispanic Heritage Month, Mendez recently invited me to the backyard of her Kansas City, Kansas, home — a place she's worked to instill values in her students for decades.

When I arrived, I found young women in long, flowy Mexican vestidos, or dresses, preparing to take the stage.

Mendez had a wooden stage made so she could have classes at home, where girls were practicing traditional dances from Mexico for an upcoming performance at a senior center.

As the dancers practiced, Mendez stood on her porch watching attentively, commenting here and there on the moves and poses.

Mexican folkloric dancing tells the stories of regions in Mexico through costumes, choreography and facial expressions.

Mendez has dedicated her life to understanding and telling those stories.

She founded her dance school, Rose Marie's Fiesta Mexicana, in 1965, relying on her deep knowledge of different styles of Mexican dance.

The women were practicing La Bruja, or the witch, a dance out of Vera Cruz during a recent session. The dance requires the women balance a glass of water on their head while dancing.

"They'll continue with the dance, so you can see how balanced a female today has to be, ready for anything and everything," Mendez said.

Mendez's students have performed at festivals and fiestas around Kansas City and across the United States.

Their performances are limited right now during the COVID-19 pandemic, but they still practice several hours a week.

Children are constantly coming in and out of her home. The collections or memorabilia and other items decorating her house mark memories in her life and lessons she tries to teach her students.

"My house is livable for any child who comes," Mendez said. "I have dishes in the sink, I have things that are typical that they see. Nothing's perfect here and that's the way I like it, because they have to be accepting the fact that life goes on but there's always something that's going to complicate your life in the meantime. In exchange, I'm sharing with them the grassroots of Mexico."

Mendez was 19 years old when she moved to the highlands of Michoacan, Mexico, to study folkloric dance — a groundbreaking time in her life.

She brought the various styles of dance she learned, and an even deeper appreciation of the art, back to her community.

She remembers all the dancers she's worked with through the years. Former students often come up to her as adults, saying they still remember the steps she taught them.

Poring through the albums, Mendez pointed out one old picture of a dance performance.

"We took this picture in front of the library on Minnesota, drew an immense crowd," she said.

Mendez also showed me pictures of my own family, a connection to this woman I didn't know I had.

It seems she knows everyone in the Argentine neighborhood of KCK, rattling off names of people to whom I am related.

Mendez's photo albums also capture her many other contributions to her community.

She was involved in the YWCA's executive team and was one of eight women chosen to represent the U.S. in its International Consultation called Women: A Power for Change in 1974. It was under the YWCA's One Imperative, which began in 1970 to work toward the "elimination of racism, wherever it exists, by any means necessary."

Mendez joined the Asociación Nacional de Grupos Folkloricos, or the National Association of Folkloric Groups, and eventually served on its board. She was invited to join the Kansas City area's Ethnic Enrichment Commission in 2000 and later served as the chairperson for five years.

"Those of us who have had grassroots training have learned a proficiency of the skills to be able to communicate with people and to hear your voice heard," Mendez said.

She takes after her grandfather, Saturnino Alvarado, who was a central figure in integrating Argentine High School in 1926.

"Before that, there were no Mexicans graduating from that school at all," Mendez said.

Alvarado was a shoe cobbler who worked at South 29th Street and Strong Avenue. He was a high school graduate with a passion for poetry and theater, but his hildren, Jesse and Luz, were barred from enrolling at Argentine High in 1925.

That sparked a fight between the school board, white parents who opposed integration and Alvarado. The Mexican Consul stepped in to help desegregate the school.

Luz, Jesse, and another young man, Marcus De Leon, were allowed to enroll in 1926 and graduated in 1930.

During our conversation, it became clear to me that Mendez carries this proud history with her every day.

"Life is beautiful," she said. "We just have to be able to share it with as many as we possibly can."

The rigorous hours of training, the successes and failures, and the applause — all reflections of life through the craft she teaches.

"I'm still taking classes," Mendez said. "All of us, we try to stay as polished as we possibly can until the Lord says you can't move anymore."