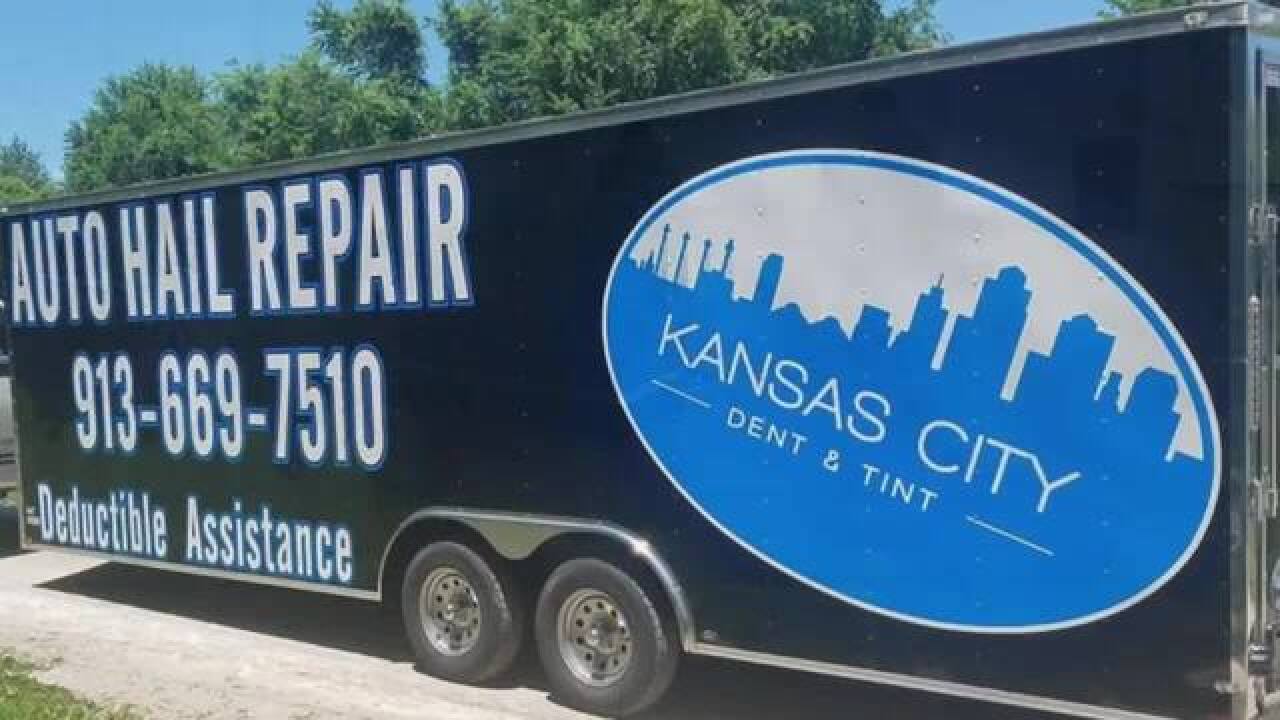 Work has come to a screeching halt for a local business after hundreds of thousands of dollars worth of tools and equipment was stolen over the weekend.

Kansas City Dent & Tint specializes in dent repairs. They serve individual customers and car dealerships around the metro area. For the past month, they’ve been working countless hours at the Legends Toyota repairing dealership vehicles with hail damage.

“We really are just guys that want to work, and we physically can't,” said Keith Starling, owner of Kansas City Dent & Tint.

Starling says it was early Sunday morning when he realized almost everything was gone. On Saturday night, the company’s trailer full of tools was stolen from the dealership parking lot.

Starling says about 40 sets of dealership keys to vehicles were also inside the trailer when it was stolen.

“[There's] absolutely nothing anybody can do with those keys,” said Starling.

Starling says the vehicles will need to be re-keyed and fobbed, costing around $800 each.

“The fobs themselves are very expensive to replace and it’s something that nobody can do anything with. It serves no purpose for them,” said Starling.

Ten employees were working on-site for the past four and a half weeks, each with their own sets of tools. Without them, they can’t work, and they don’t understand who would want to steal them.

“I don’t see any served purpose for any of these tools. I mean, even sold again on Craigslist or wherever, you’re going to get pennies on the dollar to the value of them,” said Starling.

Starling says the tools are custom, meaning you won’t find them at your local hardware store. He says if they’re resold, it will be easy to tell.

“All of our stuff is so custom, stickers and you know, engravings, logos that we're going to know right away when it’s being resold to somebody else,” said Starling.

In addition to filing a police report early Sunday morning with the Kansas City, Kansas Police Department, Starling has asked the community to come forward and help locate the stolen trailer. Starling and his crew are offering a $15,000 reward to anyone who can find the stolen items.