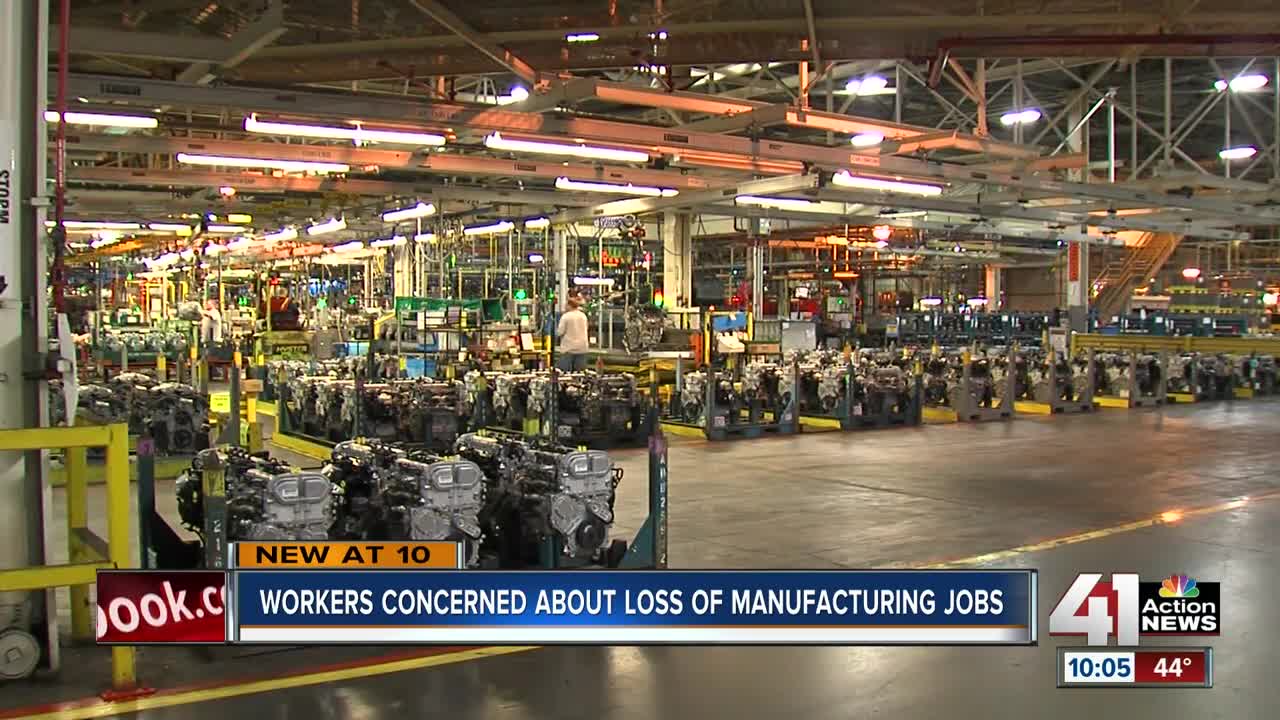 A recent Bureau of Labor Statistics report showed that the Kansas City area ahs lost around 1,900 manufacturing jobs so far this year. 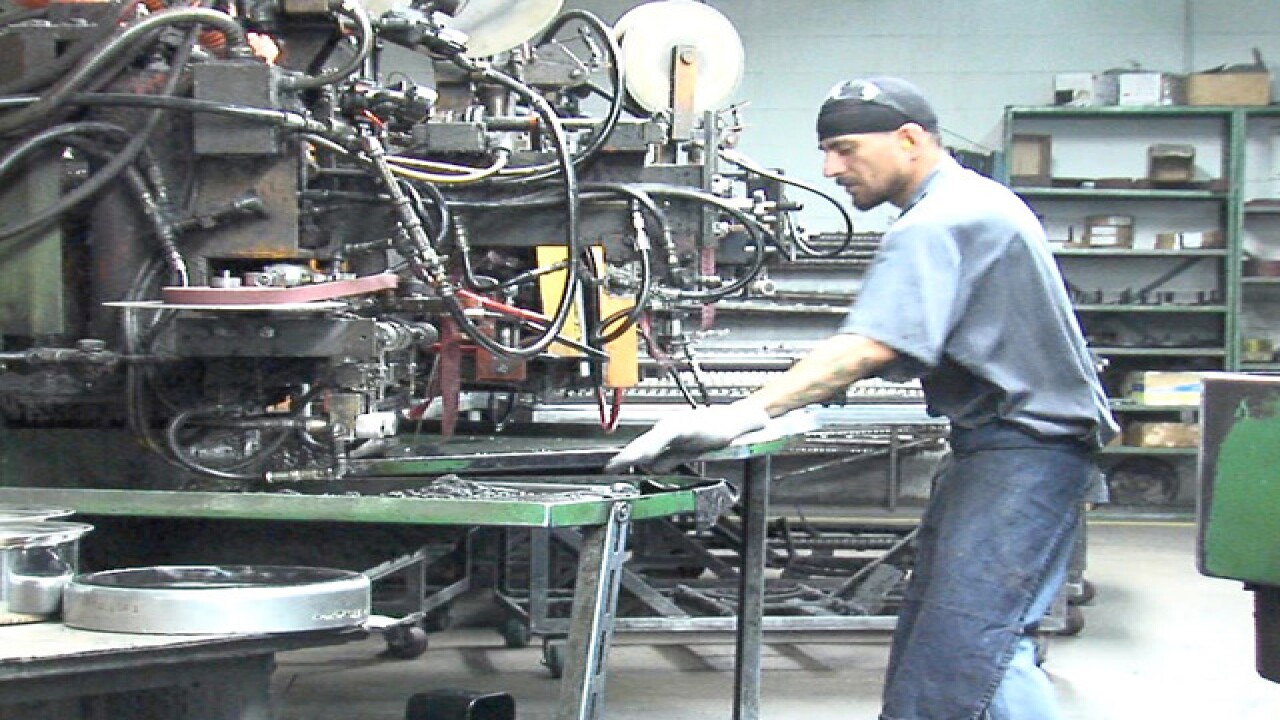 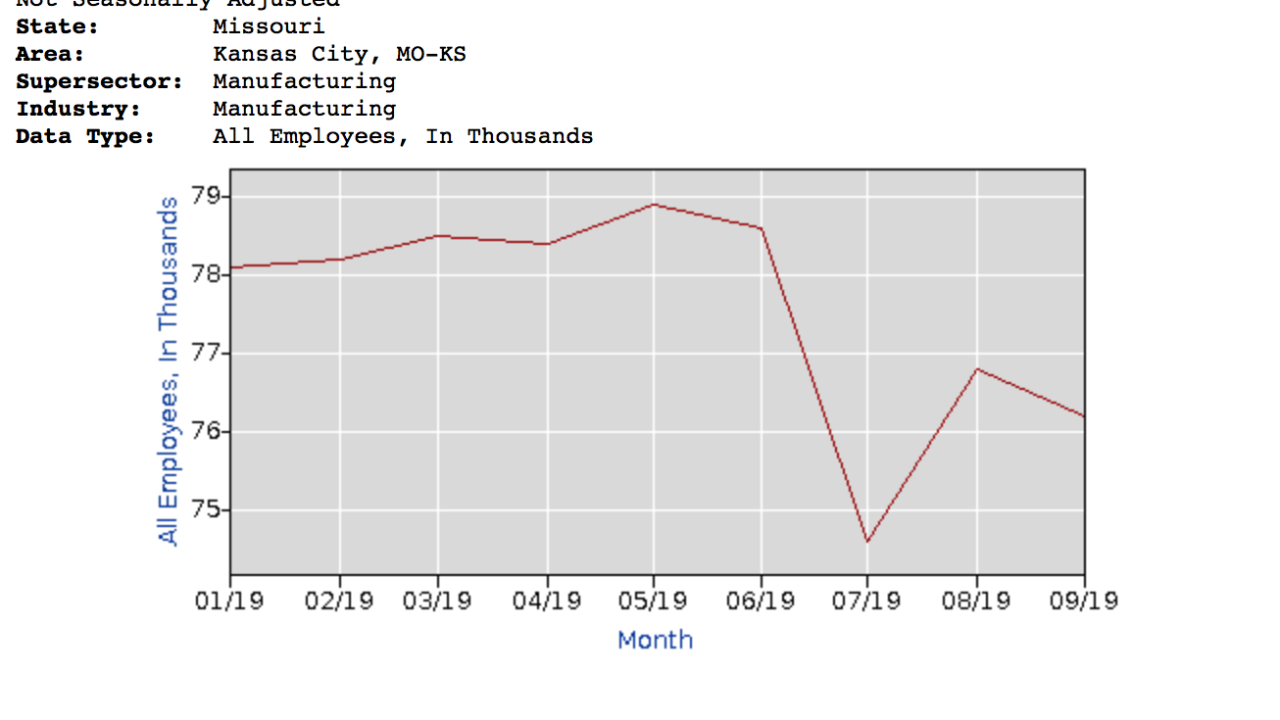 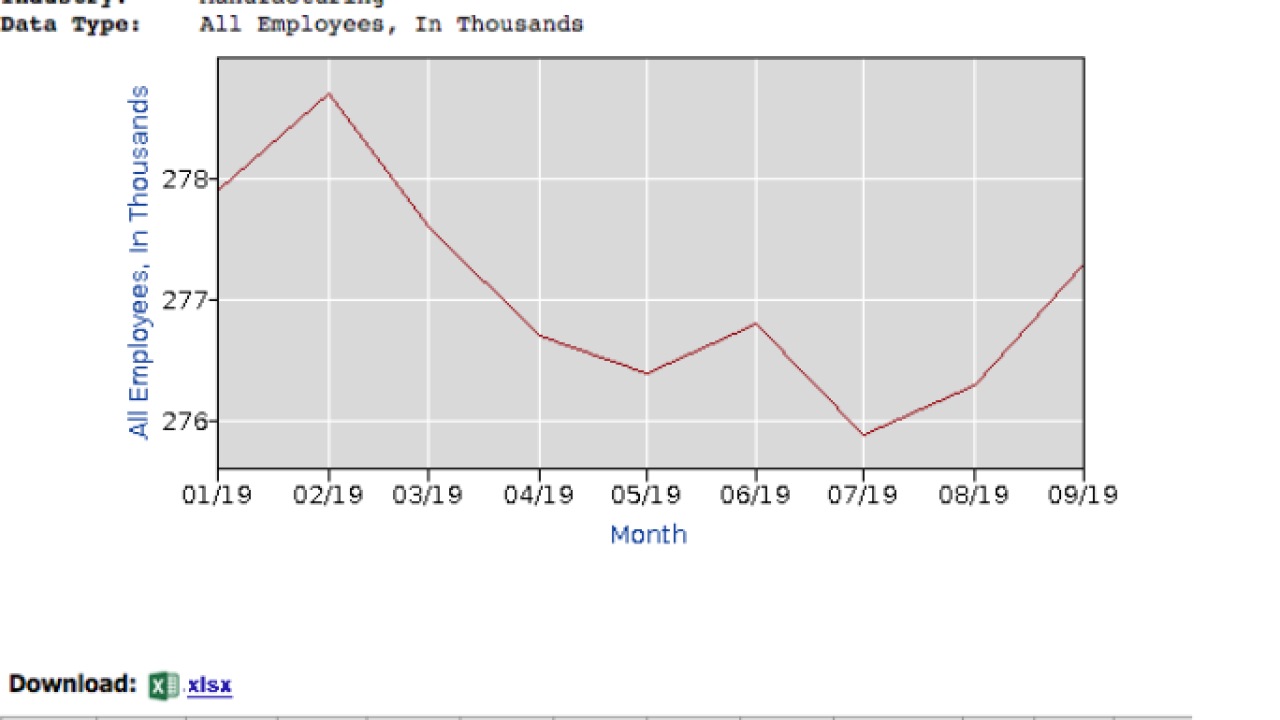 KANSAS CITY, Mo. — A recent Bureau of Labor Statistics report showed that the Kansas City area has lost around 1,900 manufacturing jobs so far this year.

The report sheds light on the continuing challenges the U.S. manufacturing sector faces.

According to the report, both Kansas and Missouri have seen a net losses of 600 manufacturing jobs since the start of 2019.

“Manufacturing is really a risky position for workers to find themselves in right now,” Greater Kansas City AFL-CIO President Patrick “Duke” Dujakovich said. “It didn’t used to be that way.”

Dujakovich said the job loss numbers hit close to home for those he represents in the union.

“What unemployment means is that somebody’s daughter doesn’t go to the doctor," he said. "They go to the minute clinic because they don’t have healthcare. It seems the farther we go downhill, the faster we’re coasting towards the bottom.”

Dujakovich, who has served as union president for the last decade, said automation and jobs shifting overseas continue to plague the industry.

According to the report, New York has lost 10,000 manufacturing jobs, which is the most in the country followed by Pennsylvania (-8,10o) and North Carolina (-7,700)

While the labor numbers painted a gloomy picture in parts of the country, positive signs in the economy could be found elsewhere.

During a stop Tuesday in the Kansas City area, Missouri Gov. Mike Parson touted an overall strong jobs report for the state.

“In the last year, there’s been over 30,000 new jobs added to the state of Missouri," Parson said. "Unemployment is at a record low at 3.1%. The biggest thing right now is finding people qualified to go to work.”

“We’ve got a lot of workers in the manufacturing sector,” he said. “If we lose that, I don’t know where we make those jobs up.”