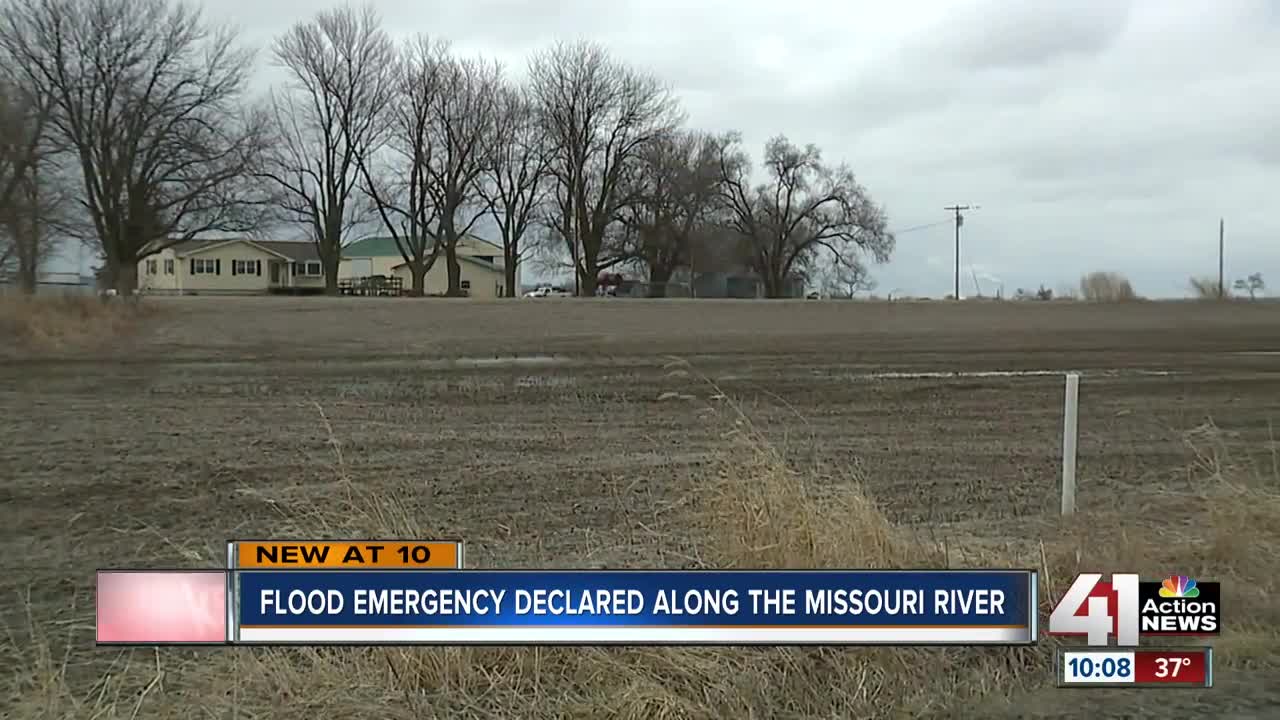 Rising water levels as a result of snow-melt and rain runoff upstream have led to a flood emergency for areas along the Missouri River, including in Missouri and Kansas. 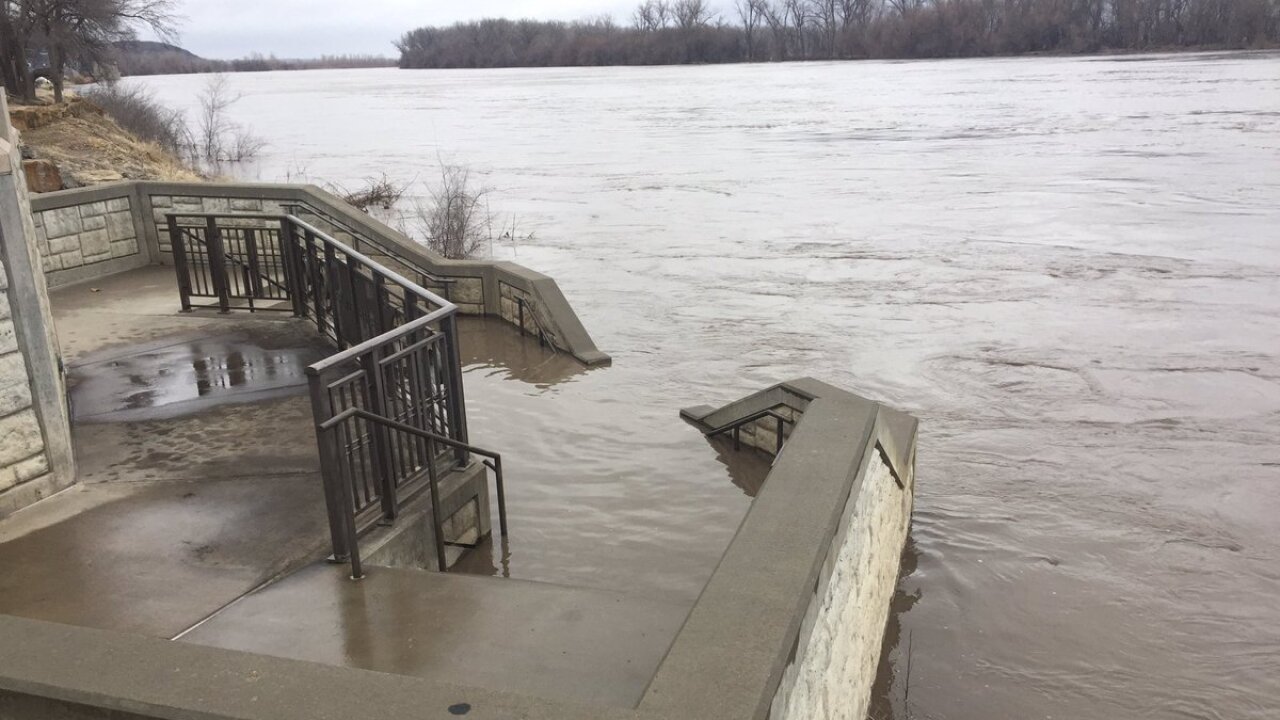 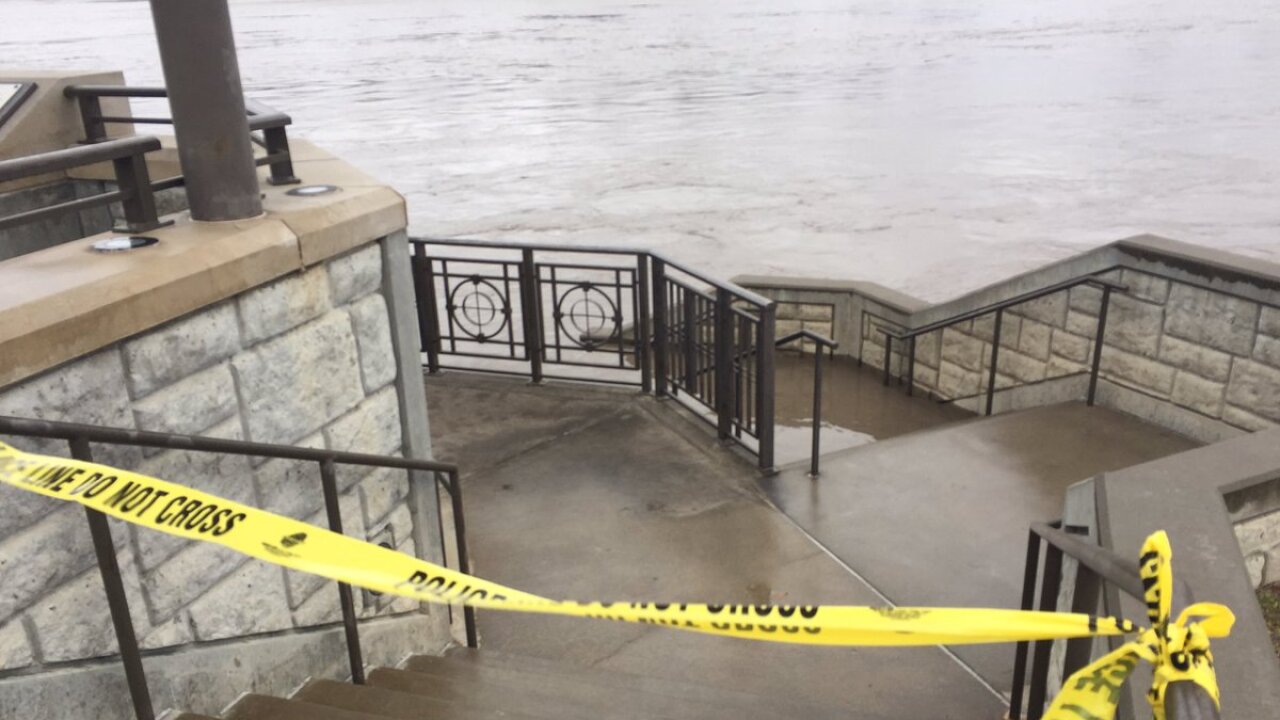 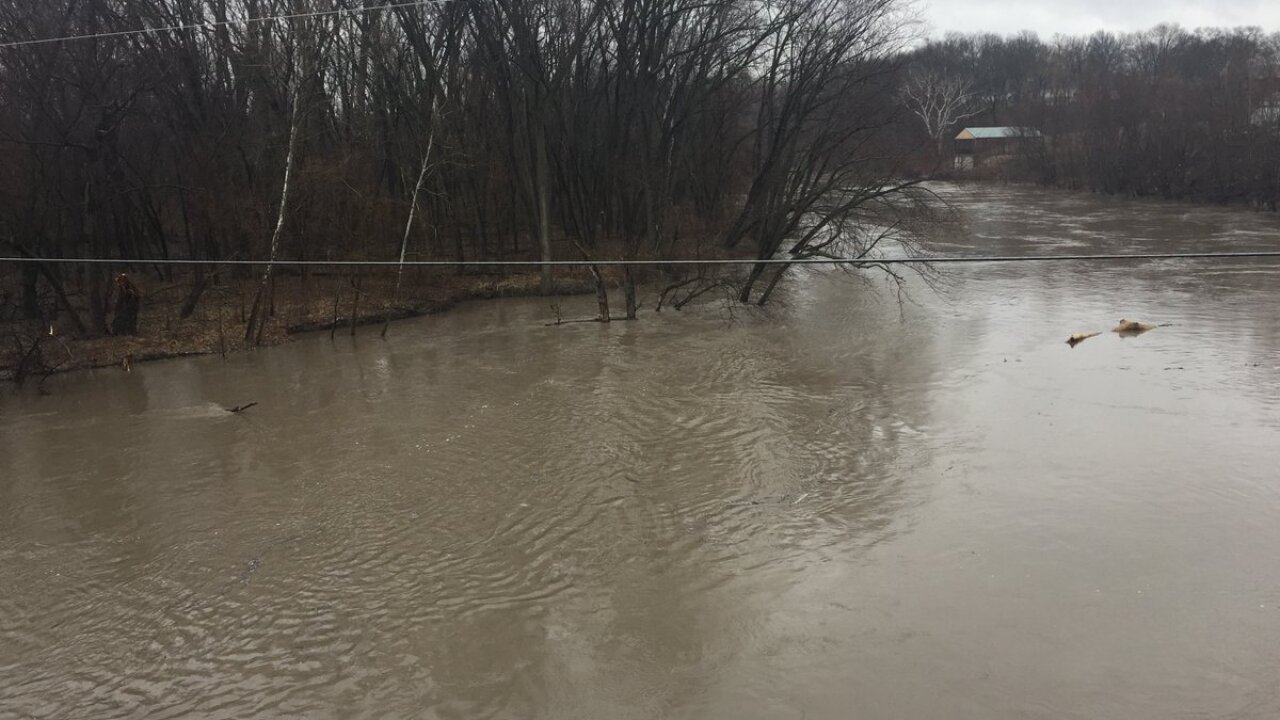 ATCHISON, Kan. — Rising water levels as a result of snow-melt and rain runoff upstream have led to a flood emergency for areas along the Missouri River, including in Missouri and Kansas.

The U.S. Army Corps of Engineers announced Thursday that non-federal levees from Rulo, Nebraska, to Kansas City, Missouri, may not hold back the water during the next several days.

Already, the Missouri River was visibly higher and moving quickly in places like Atchison, Kansas.

“This river here in the last day and a half or 48 hours has jumped over 10 feet,” said Lanny Frakes, a farmer who lives in Rushville. “I’m very fearful of any flooding and seeing what the damages can do to the land and the people.”

At one lookout point and boat dock next to the river in Atchison, emergency tape blocked off two stairways leading to the river bank after water overtook some steps.

Frakes told 41 Action News that saturated soil and the rising waters could continue posing a problem for farmers who live near the Missouri River.

“If this land floods, there’s a good chance we won’t get a lot of this land planted this year and have a crop this year,” he said.

With the water levels expected to rise even more as snow upstream contineus to melt, Frakes estimated that the Missouri River could be five or six feet higher when it crests next week near Atchison.

“The likelihood looks very high that we could have flooding,” he said. “This is a major deal. People’s homes and farmlands are going to be inundated.”

With flooding concern growing Thursday, the Army Corps of Engineers said it was working closely with emergency management teams in Kansas and Missouri.

“We’re trying to do a good job of coordinating with them to make sure they get everything they need,” Army Corps of Engineers member Mike Dulin said.

Dulin said hundreds of thousands of sandbags are being sent to areas expected to see flooding near the Missouri River.

Piles of sand for public use were readily apparent in Rushville next to sandbags residents can use to prepare for the floodwaters.

The Corps of Engineers estimated that the Missouri River could crest March 19-20 in Atchison and surrounding areas.

Moving forward, Dulin said it was important for people to stay alert.

“We’re dealing with a pretty highly charged river system,” he said. “If they issue an evacuation order to you, please listen to your emergency management agencies.”

With additional snow melt expected as temperatures warm in the upper Midwest, Frakes believes this could be only the beginning of the flooding.

“I think this is round one of potential flooding for the 2019 season,” he said. “I think we have the potential this year for some major flooding, whether it be now or later in the season.”