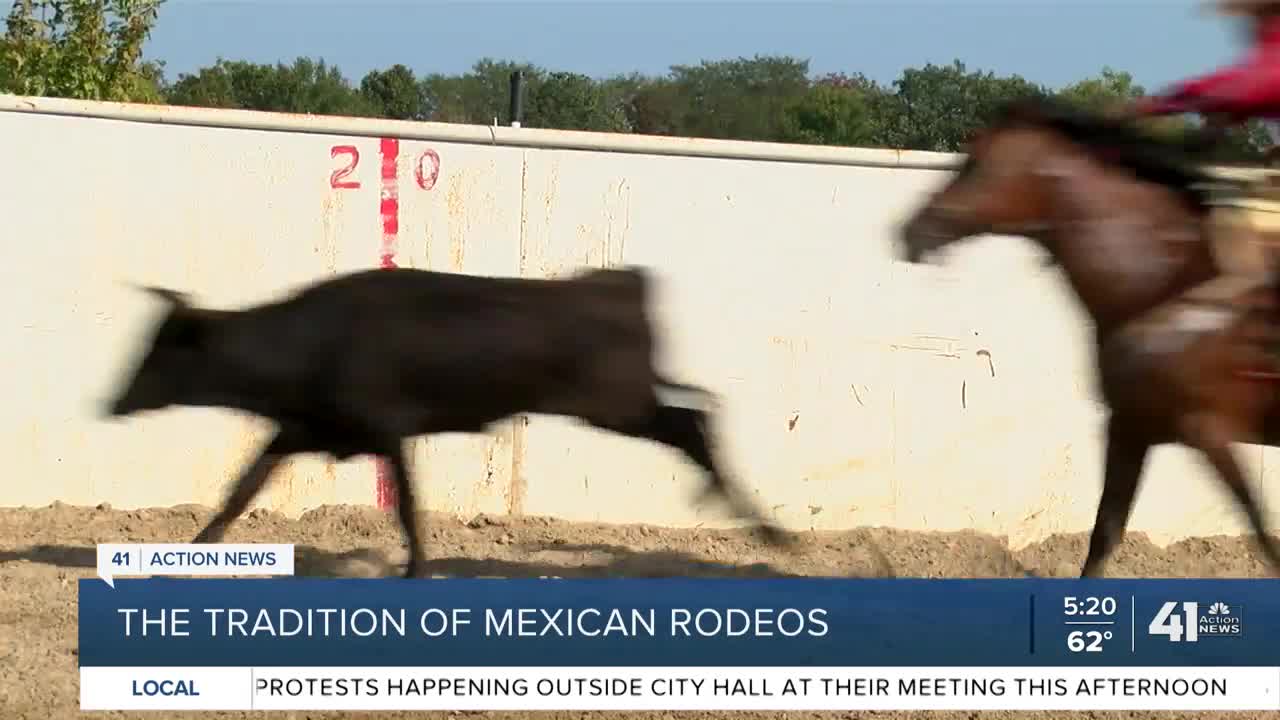 Mexican-Americans celebrate the tradition of the Mexican rodeo in Spring Hill, Kansas. 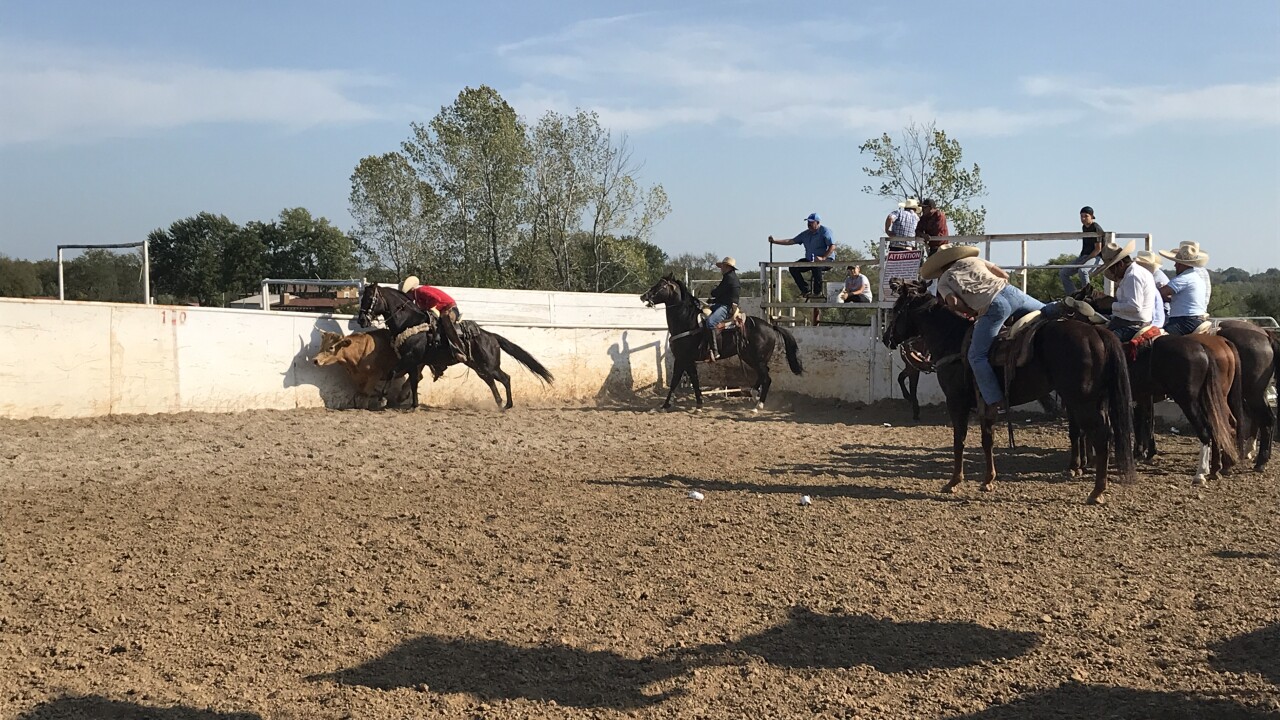 He grew up in Durango, Mexico, and moved to the United States as a teenager. About seven years ago, he opened Lienzo Charro Alvarez Ranch where he hosts rodeos, called charrerías, in the traditional Mexican-style with which he’s accustomed.

Along with the Mexican music and food, people in the stands can see events they don’t typically see in American-style rodeos.

On a Saturday afternoon in September, cowboys known as charros, came to the small, Spring Hill arena from St. Louis, Tulsa, Des Moines and other Midwestern cities to compete in a “coleadero.”

A rodeo participant explained during the coleadero event, charros on horseback chase a steer down the arena, grab it by the tail and flip it over by wrapping the tail around their own leg.

“More than anything, it’s an adrenaline we have in our blood. It’s something that’s born in our hearts. It’s unexplainable and only the people who practice the sport understand what I’m referring to,” Mario Leyva Ibarra said through a translator.

Ibarra is a Mexican-native now living in Kansas. He said he grew up around charrerías and enjoys participating in them in the United States.

“Being here, it’s kind of like being back in Mexico,” said Rosa, a 16-year-old who moved to the United States from Mexico when she was two.

Part of the fun for Alvarez, the host, is to introduce the Mexican rodeo events and culture to teenagers like Rosa and to Americans.

“Absolutely, I really like the American people come to my rodeo here,” he said with a smile.

Several Americans filled the stands to watch this Saturday’s events. Alvarez admitted he learns from them, too.