Royals honored slain officer for his service in 2014 ceremony 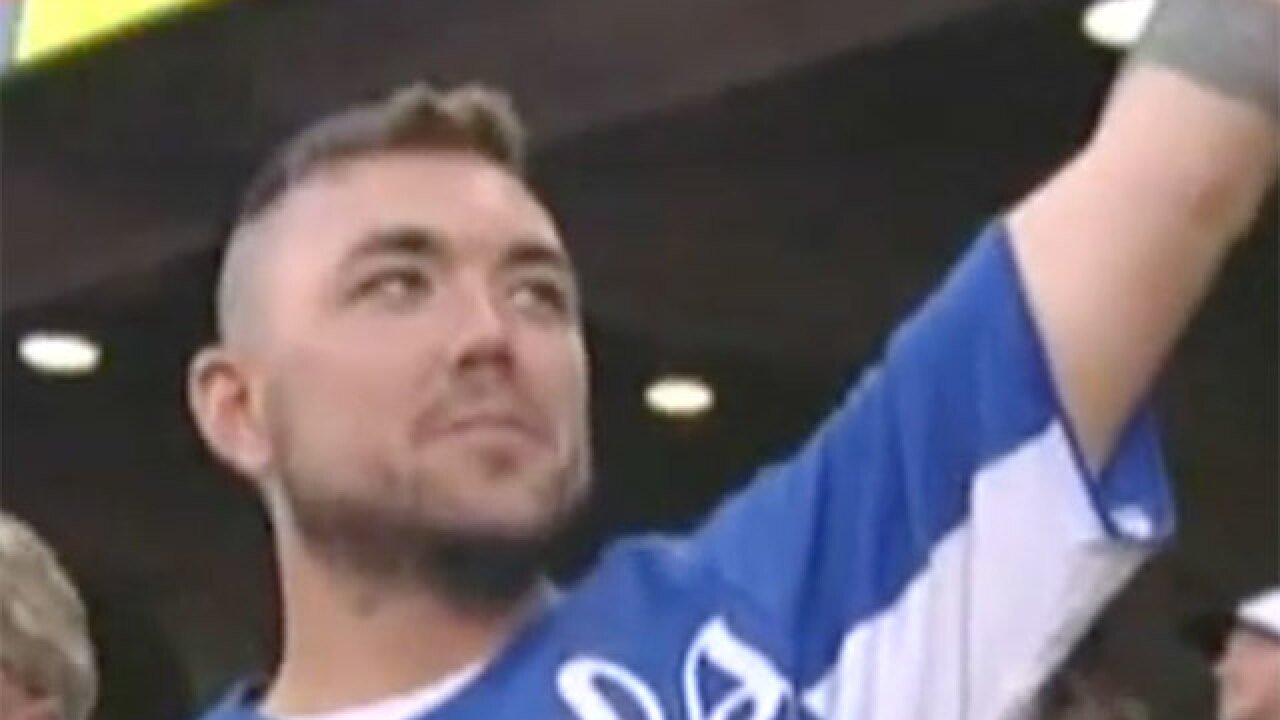 KANSAS CITY, Mo. — In a sweeping Kauffman cheer, a packed crowd of Royals fans stand to honor the heroes who serve to protect their country, families and homes. It's a common sight at baseball parks across the country. Fans waving shirts, raising caps and straining their vocal chords in support of veterans and their families.

During this 2014 ceremony at The K, the Royals honored Christopher Morton, the 30-year-old Clinton police officer, U.S. Army veteran and Missouri Army National Guard member who died in the line of duty March 6, 2018.

Watch the chilling, heartbreaking video in the post below:

Jeremy Guthrie, a Royals pitcher at the time, posted a photo to Twitter after the ceremony, saying the experience "humbled" him.