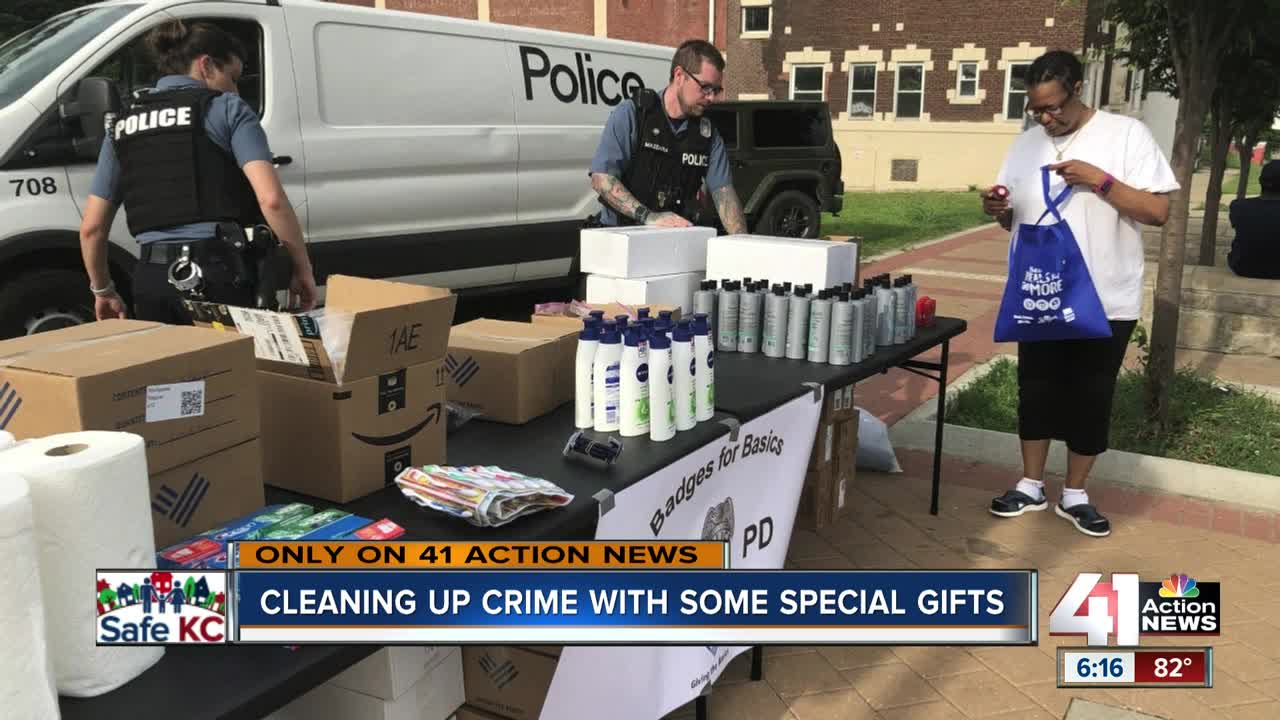 Badges for Basics hands out free hygiene products in areas with high violent crime to try and deter the acts. 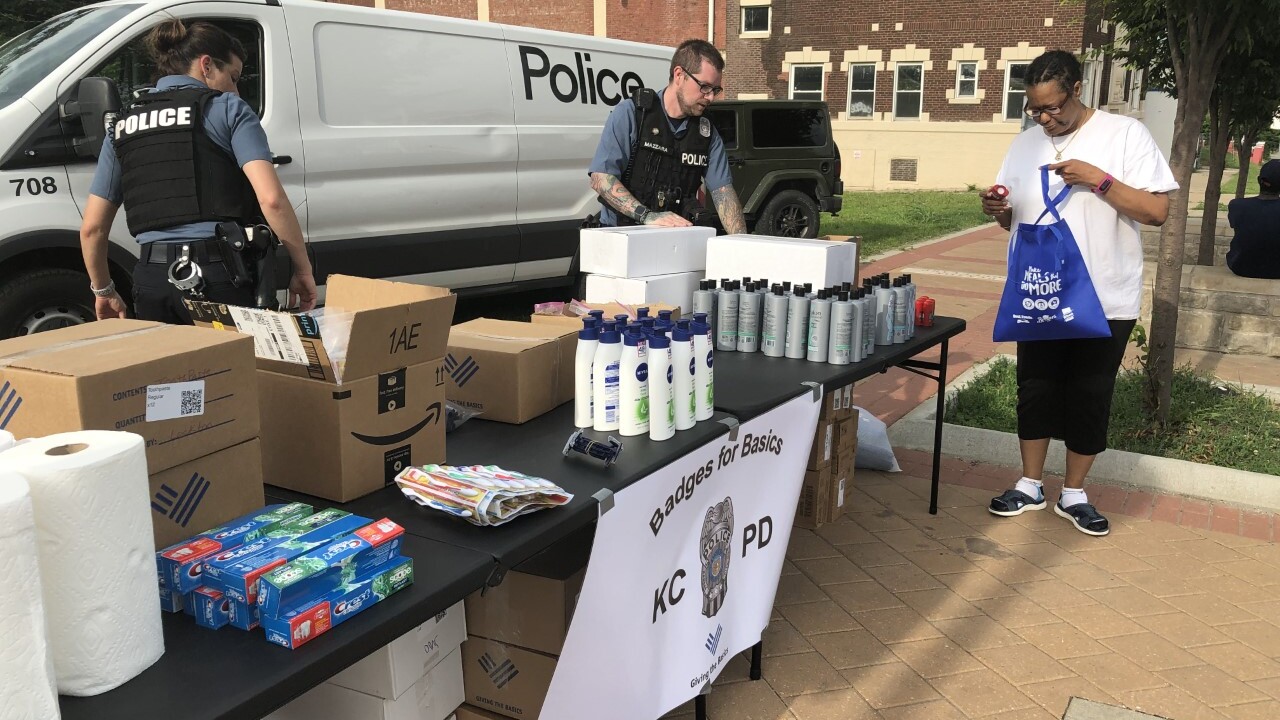 Instead of using Tasers or guns, police are using toothpaste, shampoo and deodorant.

It's all part of the department's Badges for Basics Program.

The program started when Teresa Hamilton, Executive Director of a local nonprofit called Giving the Basics, reached out to KCPD hoping to collaborate.

Giving the Basics provides personal care products for people all over the Kansas City metro. It works with schools, food pantries and seniors to provide necessities that aren't covered by state funding or food stamps.

The partnership between Giving the Basics and Badges for Basics started with Sgt. Cory LeMoine, who launched the program at KCPD.

Officer Vito Mazzara became involved in the program and has taken over since the program has grown.

"We went out to three apartment complexes the first six months and had a great response, people loved it," Mazzara said.

He decided to start doing 'pop-up' events where police set up a table full of products that anyone can come and take.

Mazzara has 9,000 items stocked in a storage room at the department. He has everything from toothpaste to diapers, and he even has travel sizes of almost every product.

He said police don't let the neighborhood know they are coming beforehand.

"We just meet the people that are regulars out there, that are walking the streets and try to interact with them," Mazzara said.

He got together with the department's crime analyst in 2018 to find the spots in town with the highest violent crime. A few times a month, he sets up a table at those locations.

"We try to set up right in the center where there are convenience stores, gas stations, apartment complexes, parks, anything with a lot of foot traffic," Mazzara said.

Social Services Coordinator for the East Patrol Division, Trena Miller said the pop-up events give people in the community the chance to form a relationship with police.

"It gives us an opportunity to get out, interact with the community, give people dignity back," Miller said.

As the Social Services Coordinator, Miller meets with many people suffering from homelessness who aren't able to clean up for a job interview.

"This allows me to go out and meet with them and give them the products and then we can arrange for them to get a shower and get them to their interview and they can get back up on their feet," Miller said.

In the last year, the program has served more than 1,400 families.

Mazzara said it's too early for statistics, but it's clear the program is working.

"We did see a drastic decrease in violent crimes in those areas," Mazzara said.

The pop-up events have even led to information that helped police solve two crimes from people who came to several events.

"They saw that this isn't just a one time phenomena where the police are just trying to go there, this is something that we really do, we're really passionate about and something we really care about," Mazzara said.

Mazzara is working on expanding the program. The East Patrol Division gave out products for the first time in South Kansas City last month. He hopes other cities in the Metro will team up with Giving the Basics so they can do the same thing.