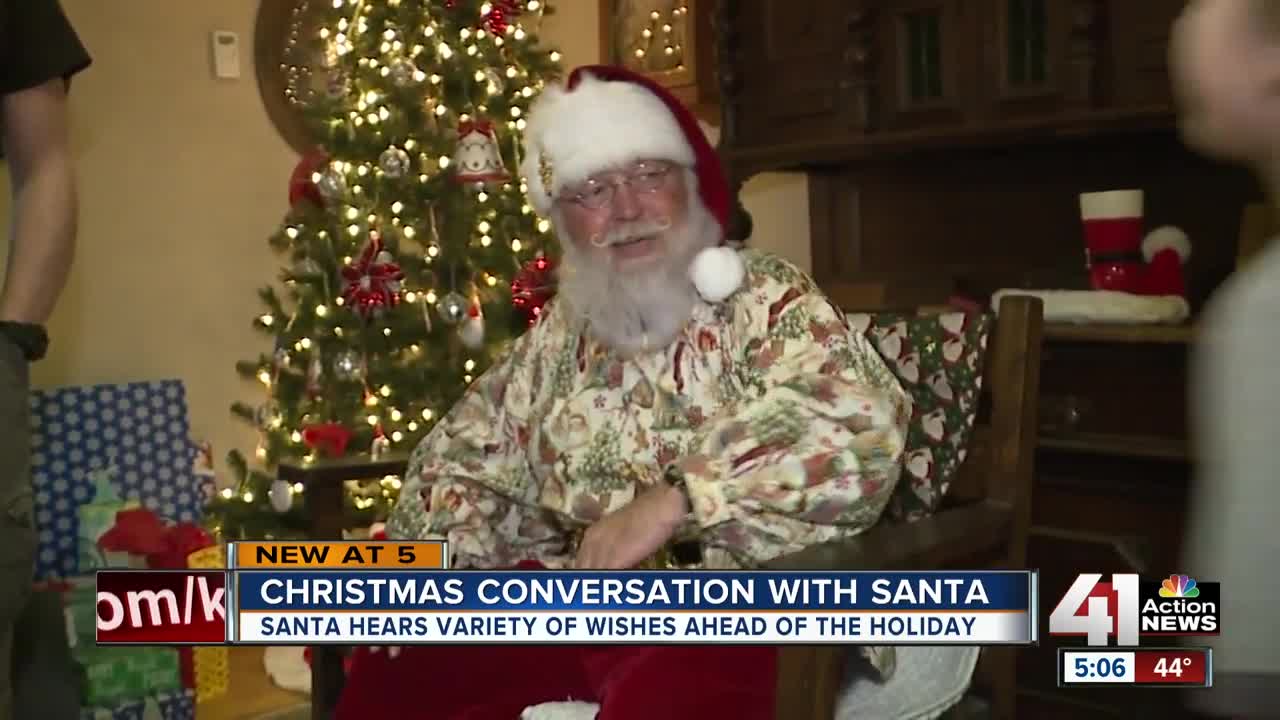 This time of year, being Santa Claus can be a busy job. 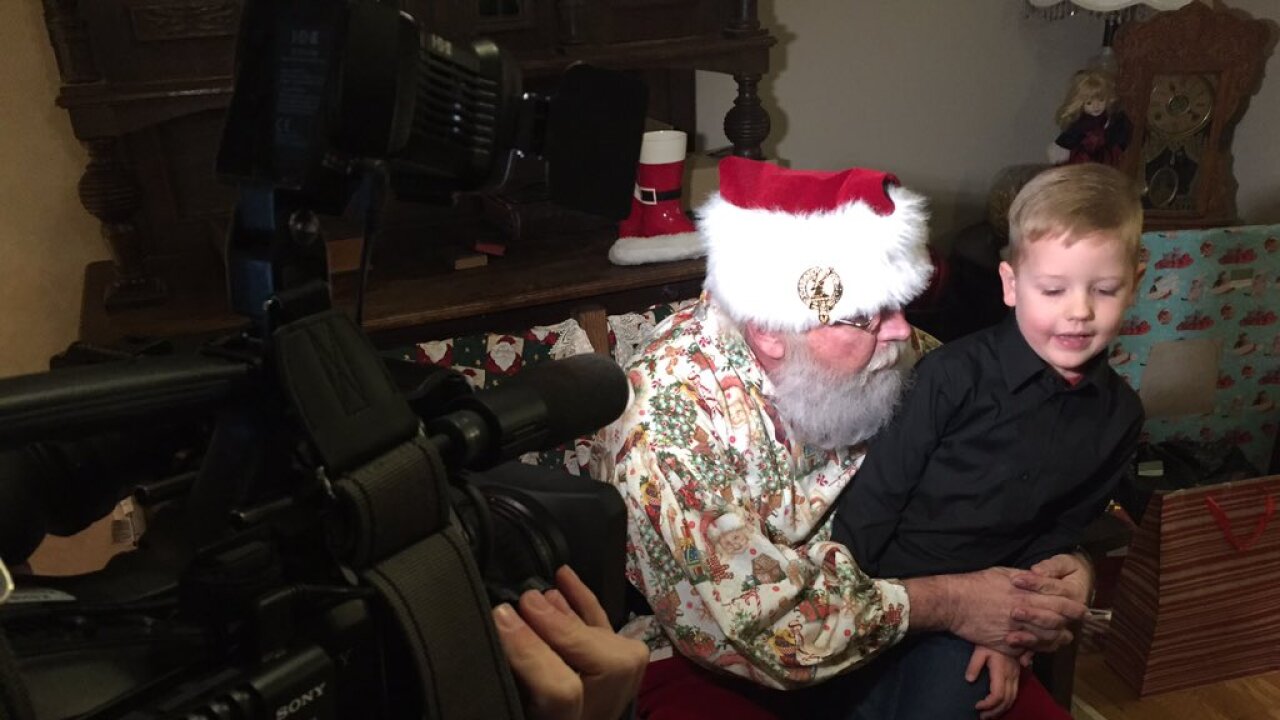 KANSAS CITY, Mo. — This time of year, being Santa Claus can be a busy job.

For one man, who shall remain nameless, the role brings with it events at local malls, community gatherings and tree lightings.

“I’m in excess of 80 events since Thanksgiving,” he said. “You get to see everybody from little babies up to seniors.”

The man who spoke to 41 Action News on Christmas Eve has been making appearances for the last 20 years around the metro.

Aside from bringing the joy and excitement of the holiday, the man said he often hears fun wishes from children.

“This year, I’ve had anything from, ‘All I want for Christmas is cherry flavored chap stick,’ to ‘I want the biggest princess carriage there is,’” said the man, who said many children asked for a Nintendo Switch this year.

While many children will speak with Santa Claus about a gift they want, others will share heartfelt conversations with him about family members or friends.

When serious moments occur, the man said he tried to show the children that Santa Claus cared about them.

“At that point in time, Santa has to say that’s beyond my power but I will be willing to do what I can to help you with prayer,” he explained.

Looking back on his career as Santa Claus, the man said he cherished all the experiences with the job.

“For me to walk in and see the kids faces just light up, there’s not really words to describe that feeling,” he said. “Being Santa 365 is awesome. It really is.”

For more information on Santa appearances from this man, visit SantaKansasCity.com