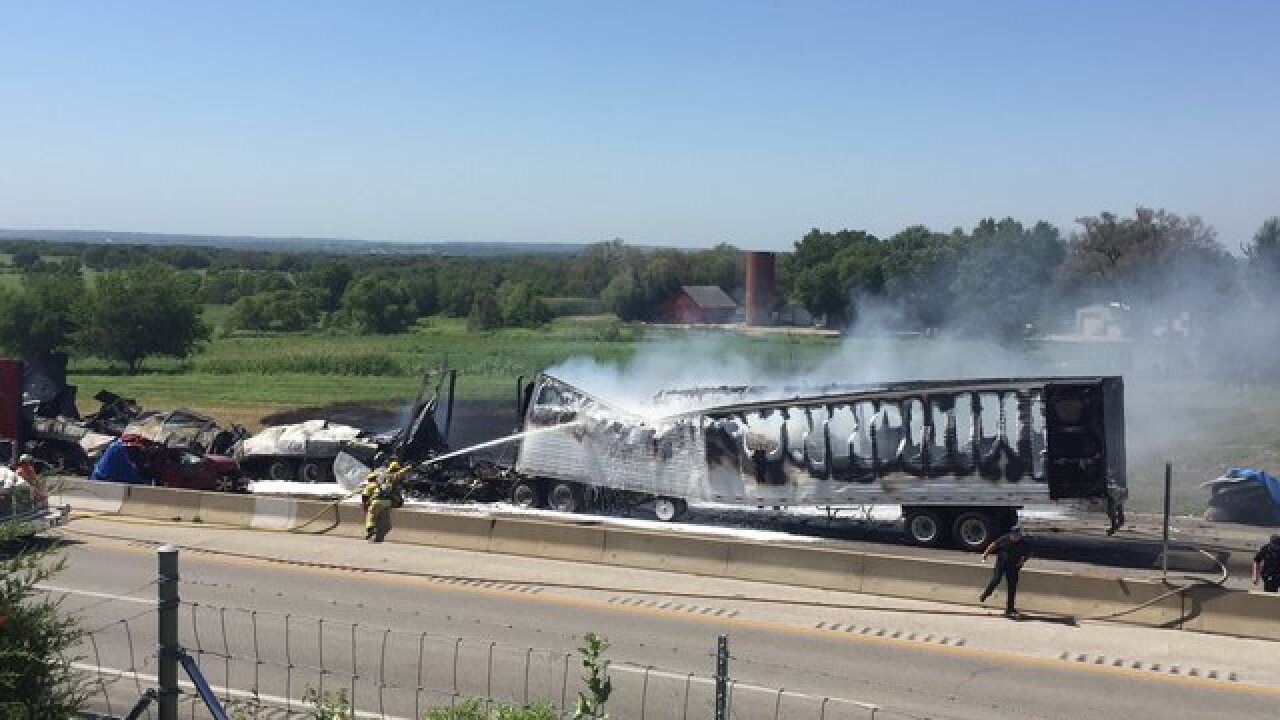 KANSAS CITY, Mo. — A man will spend five years in prison for his role in a 2017 crash that killed five people.

Kenny B. Ford, 59, was sentenced Friday to five consecutive 12-month sentences in Leavenworth County Jail for vehicular homicide charges in the July 11, 2017 crash, which happened in the westbound lanes of Interstate 70 near 174th Street.

Leavenworth County Attorney Todd Thompson said evidence showed Ford, who was driving a Freightliner, failed to slow down for construction at the toll plaza.

Though there were signs indicating the road work ahead, Ford’s semi was traveling at speeds between 65 and 70 mph at the time of the crash, which caused a chain reaction and a fire.

“We have a great responsibility when we drive on our Nation’s roads. A privilege we should not take for granted. And an especially great one when you are driving a semi, like Ford was, that any error could kill and damage other vehicles,” Thompson said in a statement Friday. “Ford’s actions are an extreme example of why we all should take these responsibilities seriously. All we can do now is pray that more people take this responsibility seriously.”