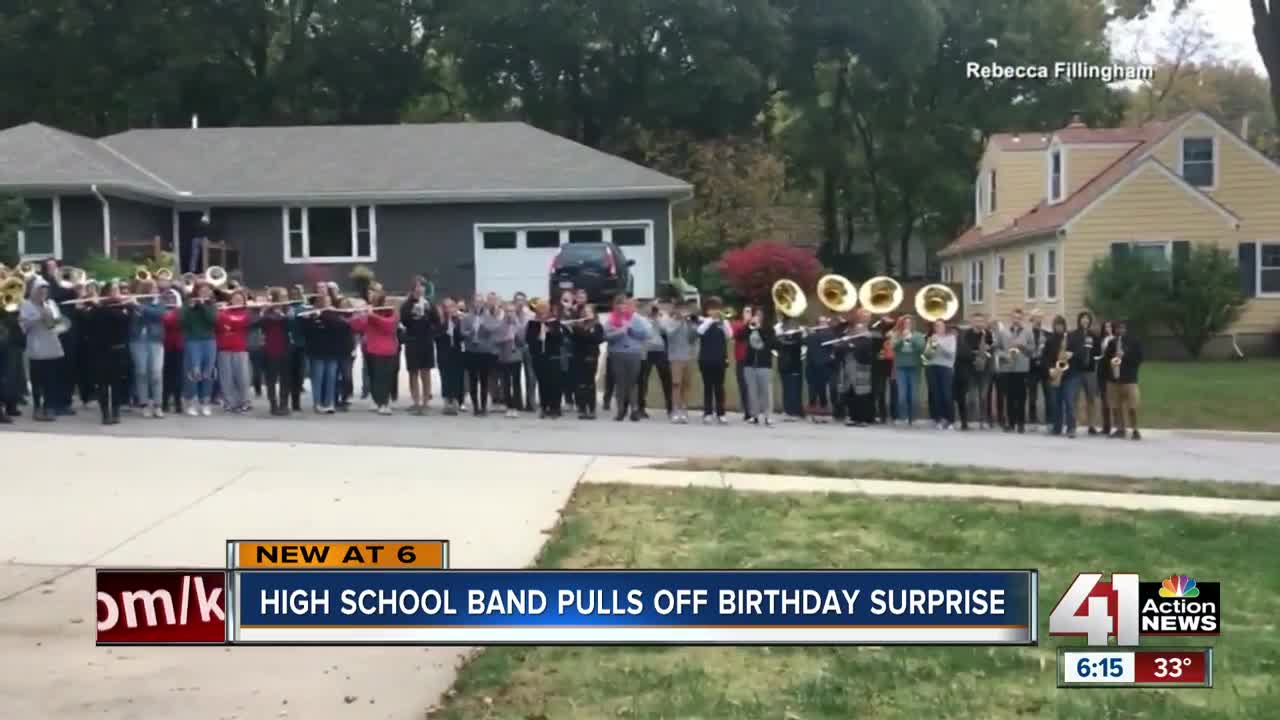 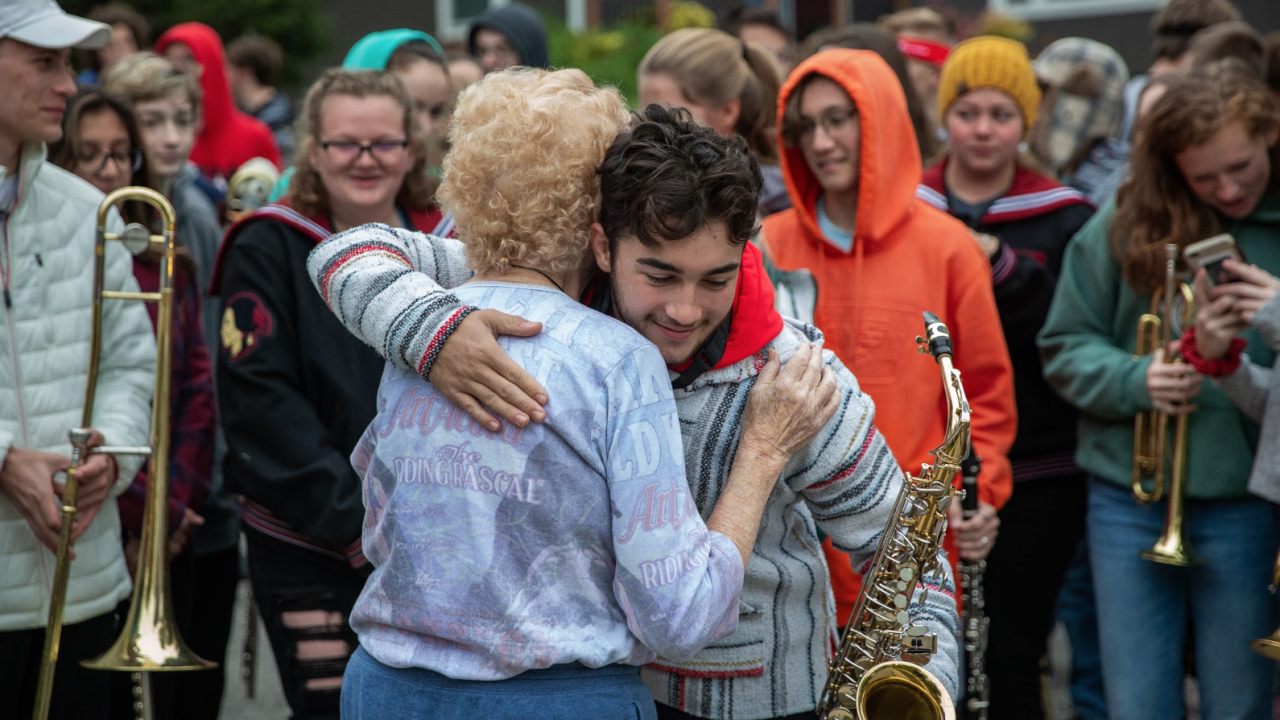 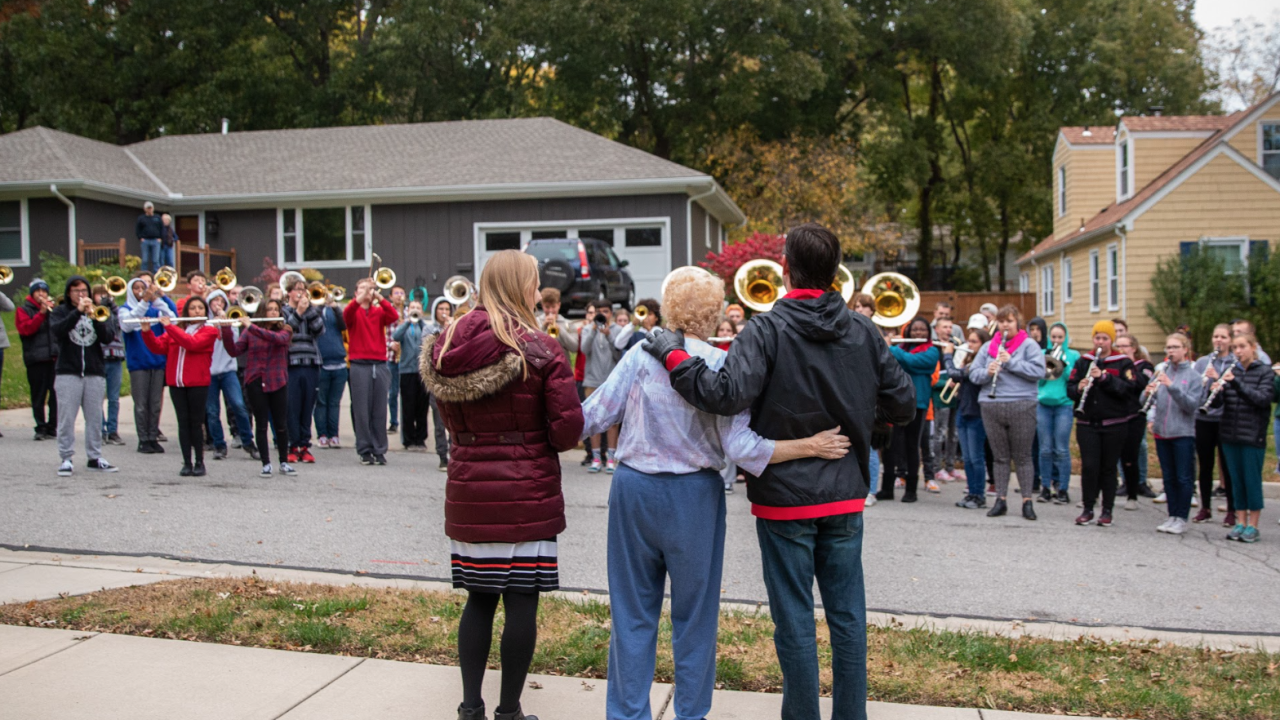 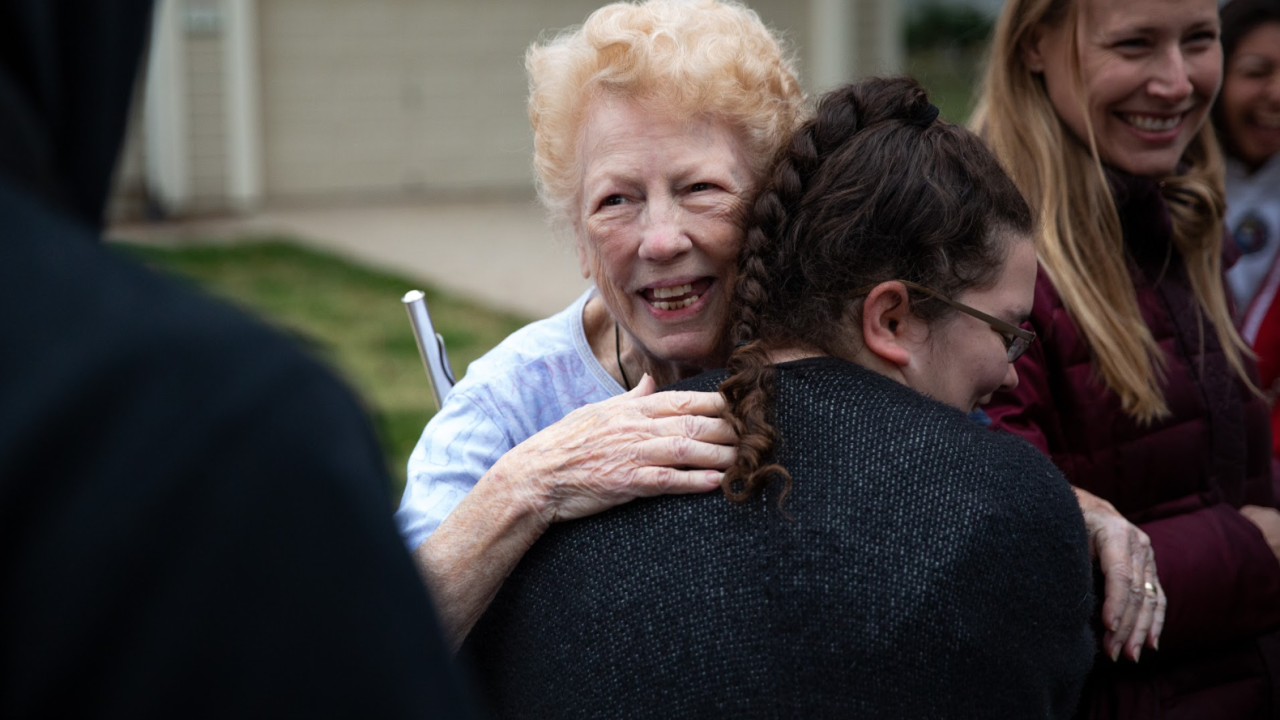 Blanche Williams lives near the school and said seeing the band during the recent homecoming parade caused her to send the note, which also contained a special request.

“I sent them a letter saying it was beautiful and wonderful,” she said. “I told them if they wanted to do it again, they should do it on the 28th, which was my 85th birthday.”

The letter caught the eye of longtime band director Chad Reed, and saw a special opportunity.

“We had just wrapped everything up for marching band and for our festivals and football games,” he said. “We had a moment in time we could pay it forward a little bit and make someone’s birthday nicer and more special. I said, ‘Go for it.’”

On Monday, 93 members of the band carried their instruments and walked to Williams’ house blocks away from the school.

In video captured by one of the band teachers, members played “Happy Birthday” for her.

“We had an opportunity at one point in time to brighten someone’s day,” Reed said. “It was someone we didn’t even know. That almost made it feel better.”

“It felt really cool,” Sommer said. “I felt like I was making a difference.”

After plenty of hugs and smiles following the performance, Williams said the surprise visit helped make the day extra memorable.

“It was a special treat,” she said. “I never thought I’d have anything like that in my life.”