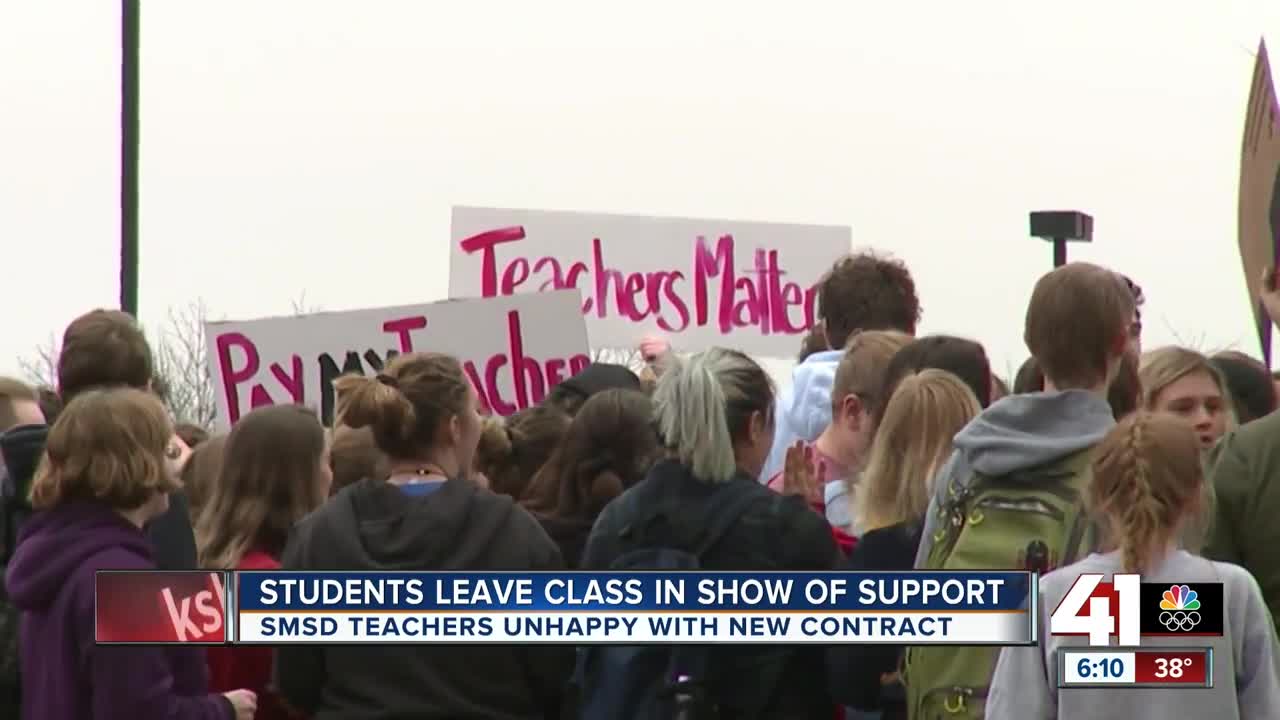 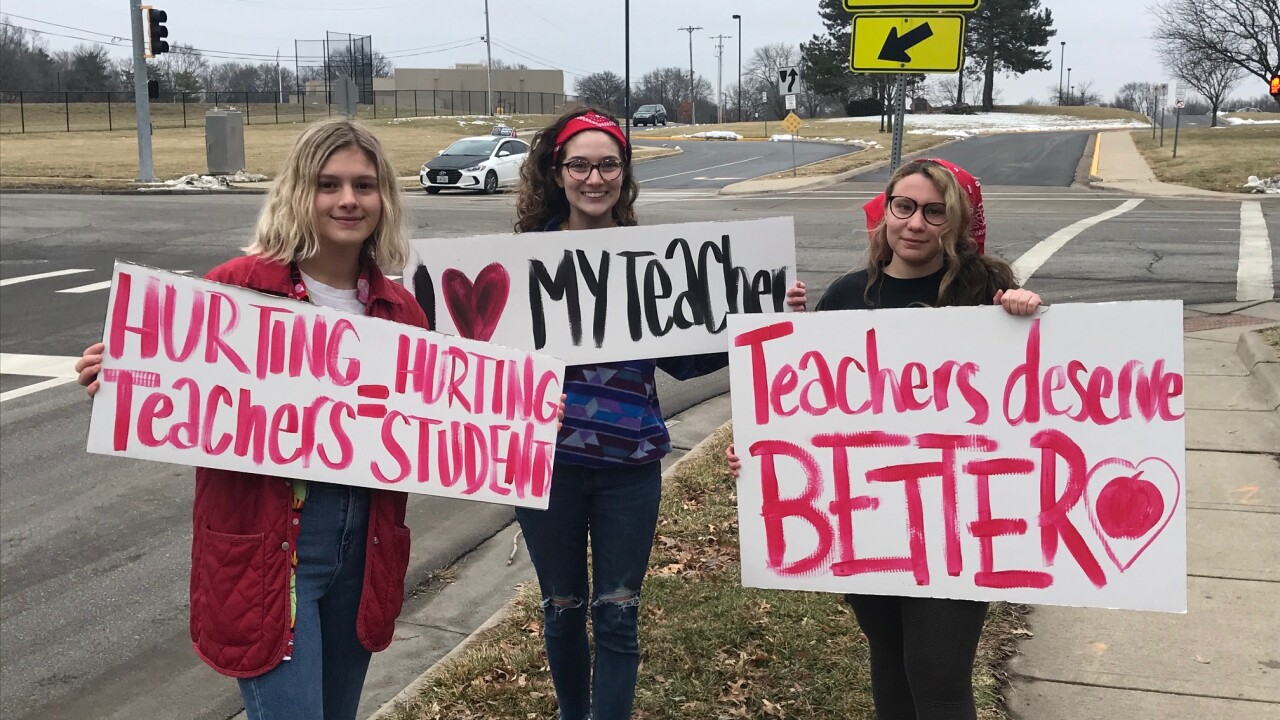 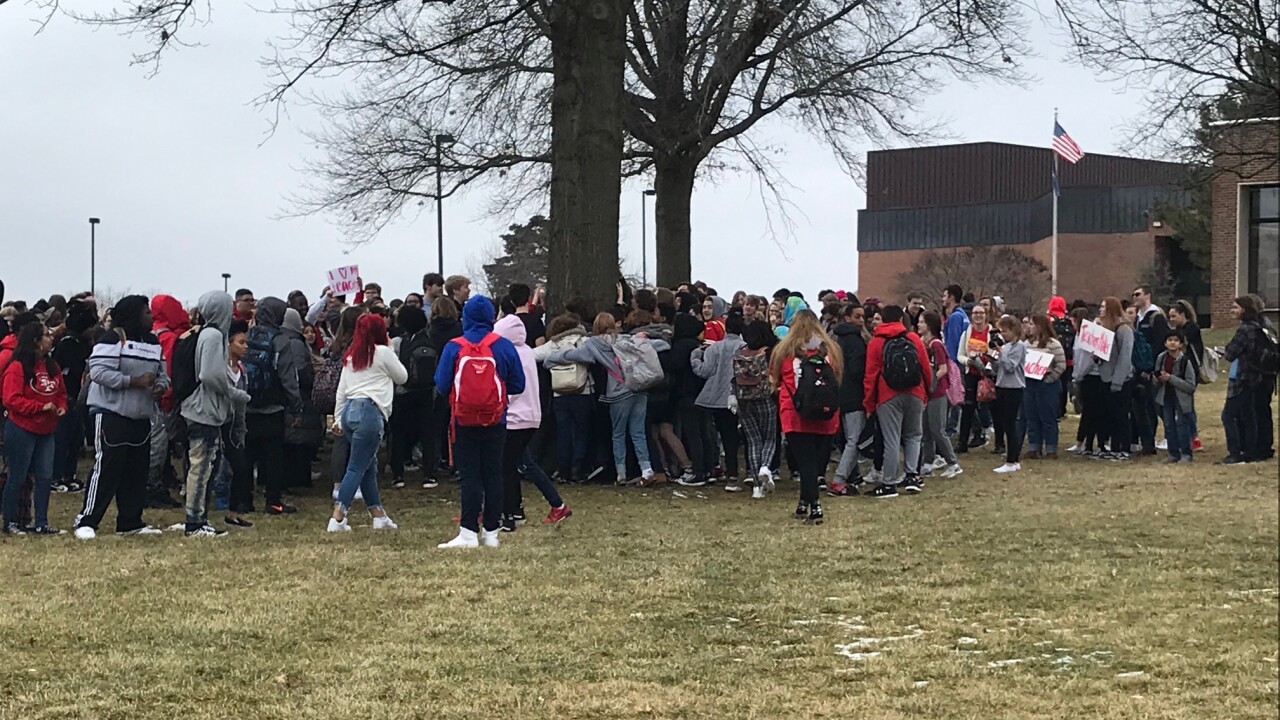 SHAWNEE, Kan. — Hundreds of students in the Shawnee Mission School District walked out on Friday to protest a new contract for teachers approved by the Board of Education.

The students, who gathered outside several SMSD schools at 11 a.m., said they don’t agree with the unilateral contract, which the board approved on a 6-1 vote Thursday. At Shawnee Mission Northwest, students held up signs that read “teachers matter” and “pay my teacher” while they chanted “we love teachers” and “red for ed.”

"We really do care about our teachers and we want it to be shown," Shawnee Mission Northwest senior Natalie Hole told 41 Action News.

Happening now: students at several SMSD schools are outside protesting because they say they don’t agree with the district’s latest teacher contract. @41actionnews pic.twitter.com/07PH2a0tbc

I’d say there’s over a hundred students out here protesting wanting a better teacher contact. They say their teachers should be making more money. @41actionnews pic.twitter.com/GZQAoHSqZM

The new three-year contract approved by the board guarantees 1% raises for teachers this year, 1.25% next year, and 1.5% in the final year. The board’s decision came after months of negotiations between the district and the teachers’ union failed to result in an agreement.

The board said on Thursday that the contract followed the recommendations of a state fact-finder.

"We think it's a contract that once teachers get a chance to see it, they'll feel like it's fair," David Smith, the chief communications officer for the school district, said Friday. "They're getting 79% of all the new money over those three years."

Before Thursday’s meeting, teachers rallied against the proposal and said the contract ignores union concerns, such as work conditions, outside of the pay increase proposal.

Teachers also were pushing for a 1.5% pay raise because of additional state funding that Shawnee Mission public schools will be receiving.

"It's disturbing, and people in our community should be deeply concerned about how our school board is making decisions," said Linda Sieck, president of NEA for Shawnee Mission.