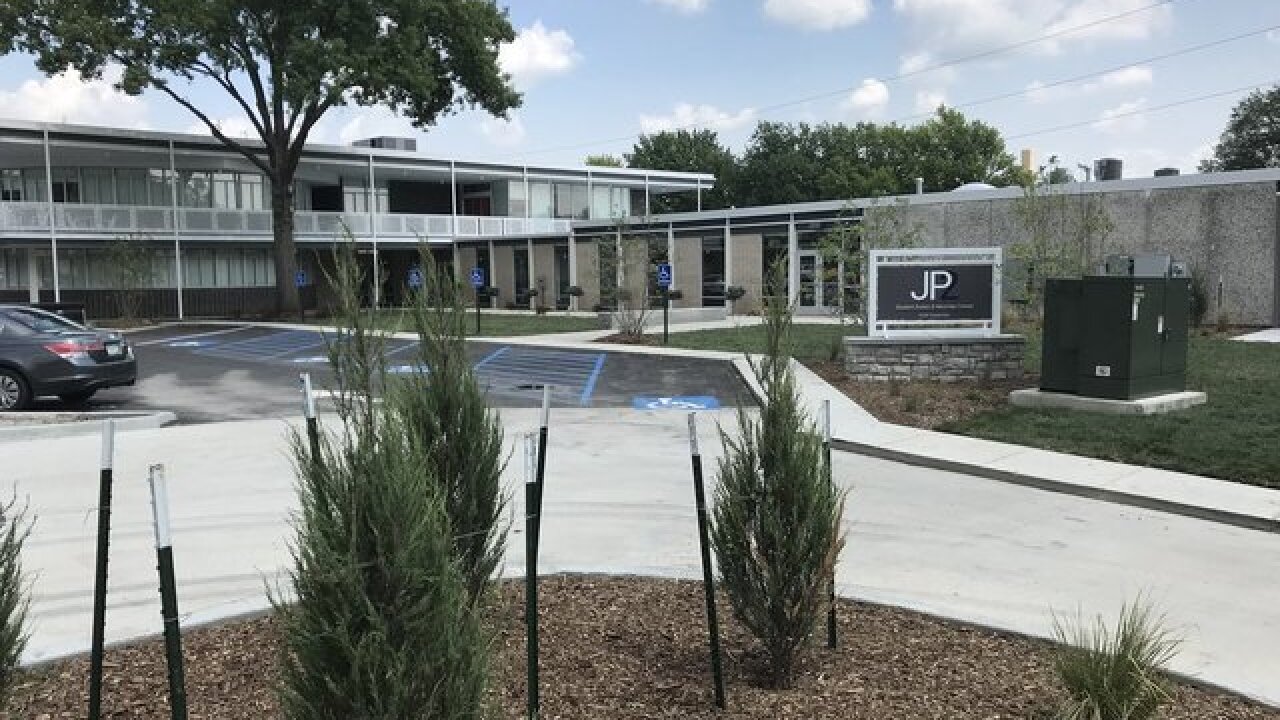 Copyright 2018 Scripps Media, Inc. All rights reserved. This material may not be published, broadcast, rewritten, or redistributed.
<p>After UMKC discovered plumbing issues at the Oak Place Apartments then found mold in some dorm rooms last March, more than 200 students were forced to move out. As work continues, it's created a housing headache for some students.</p> 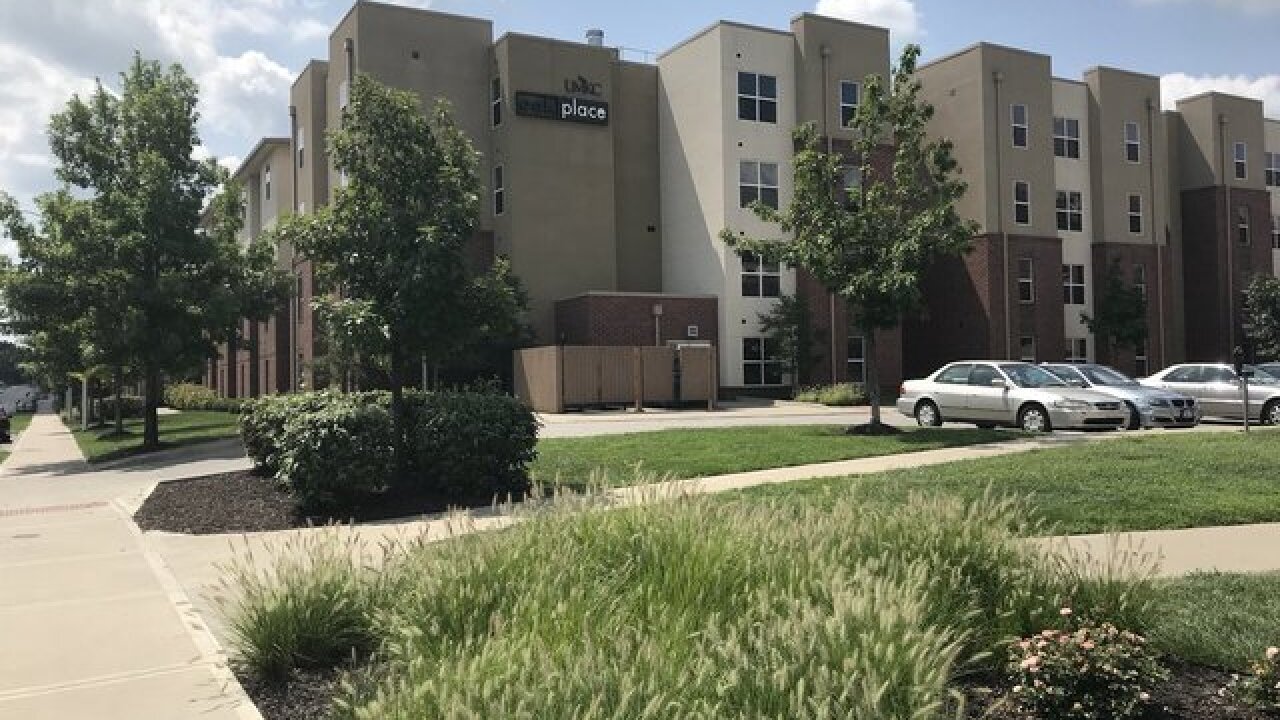 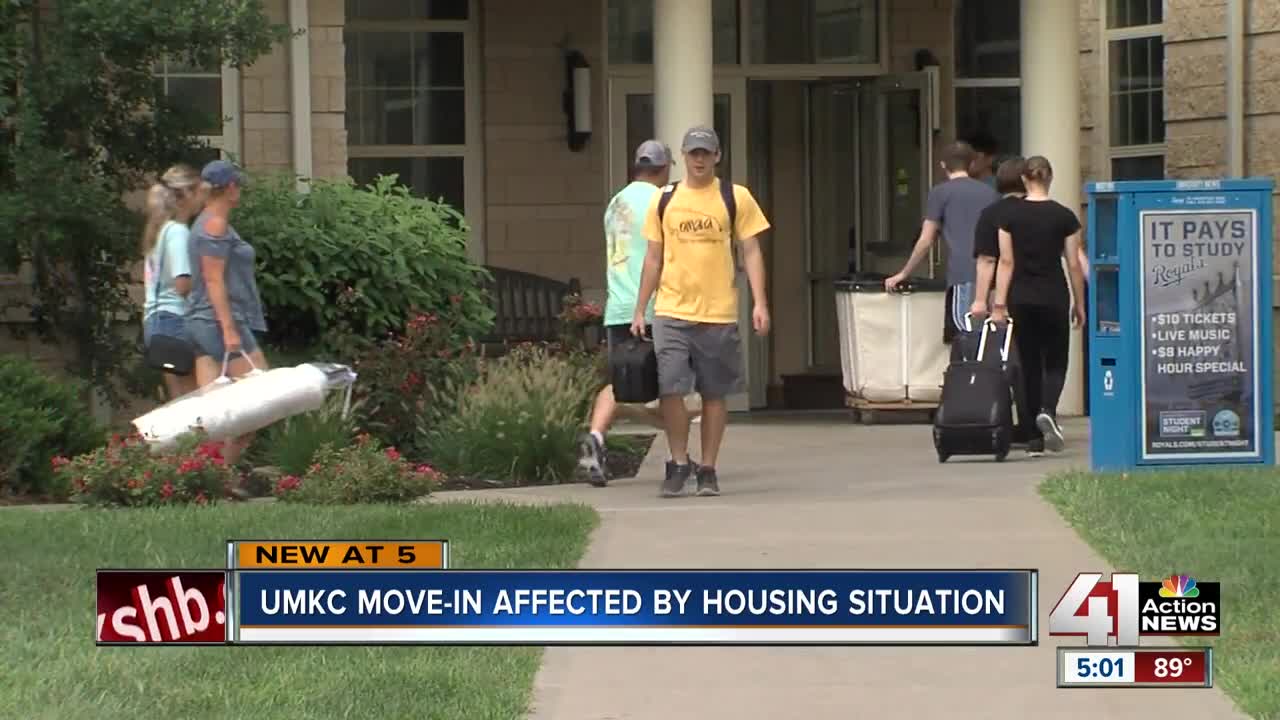 KANSAS CITY, Mo. — It’s move-in weekend for the University of Missouri-Kansas City students, a time when students say goodbye to their parents and begin a new semester.

\While it’s an exciting time, it can also be stressful, especially trying to find a place to live.​​​​​

After UMKC discovered plumbing issues at the Oak Place Apartments then found mold in some dorm rooms last March, more than 200 students were forced to move out.

Repairs are still being made to the dorms, which has created a housing headache for the fall semester.

UMKC subsequently filed a lawsuit against multiple companies who worked on the building, but that still left a lot of students in a lurch and hoping to be lucky enough to snag a spot in one of the school's on-campus residence halls.

For many students, including Ayesha Dixon's son Kelly Thompson, the process wasn’t smooth.

“It was extremely stressful trying to find some place comfortable and safe to put my son in," Dixon said. "He's a transfer student here."

Thompson now has to live at the John Paul II Commons, because there wasn’t enough space on campus for him to live.

“It was extremely tight, because we did not make that discovery until very late in the process of him choosing a school and, once the choice came, the entire process of 'Oh, we'll be put on a waiting list' because we were short of dorm space,” Dixon said.

This semester, UMKC is also partnering with Union Hill to house students.

Other students, like Marissa Wheeler, had an easier time. She has a fully furnished apartment to herself.

“They supplied the TV stand and the coffee table; they have supplied a desk in here,” said Wheeler, who said she feels sorry for the other student who didn’t get so lucky. “They have a lot more new students so (UMKC) probably should get some more housing, for sure."

There is a free shuttle service for students who live off campus at the other facilities.

According to UMKC, more than 90 percent of the students requesting on-campus housing were accommodated, but it remains unclear when the shuttered apartments will open.