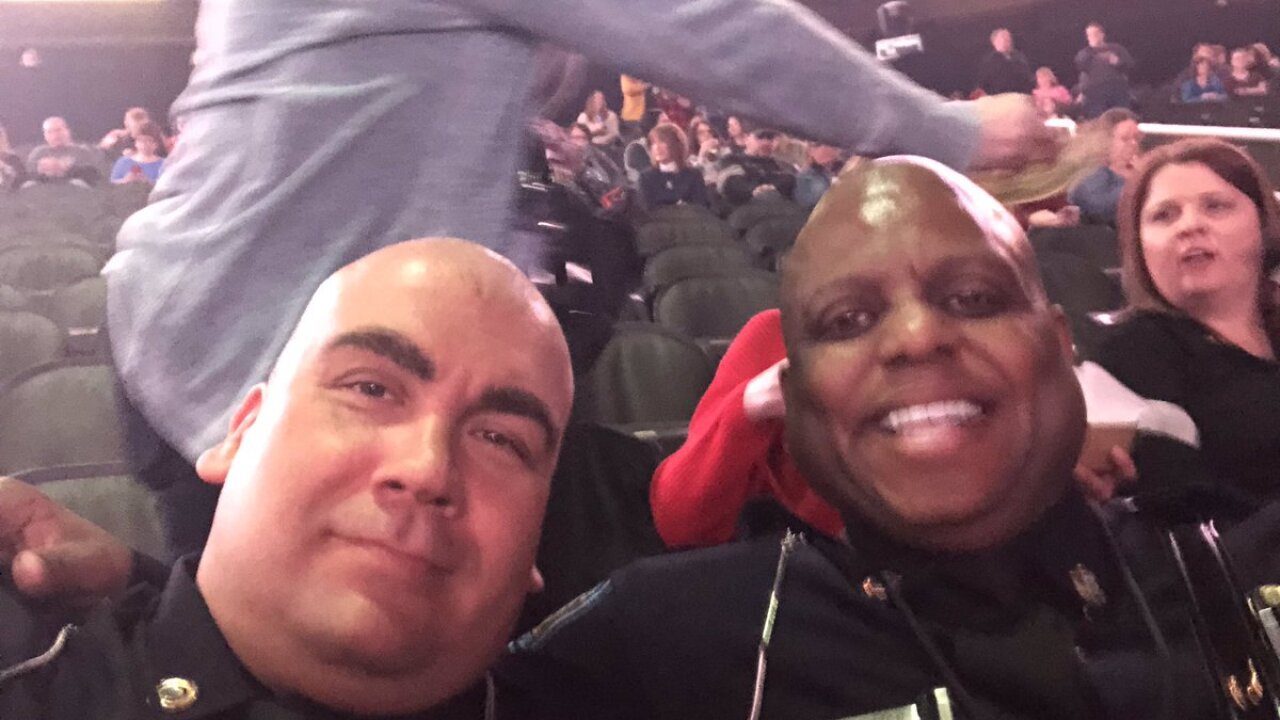 The pop superstar and “Voice” coach brought the two officers, Lamont Jackson and Mike Pagel, on stage during her show. Clarkson said she saw the two participating in the “police car karaoke” trend on social media and that she loved their performance so much that she wanted to sing with them.

“Most of the videos are of cops lip syncing,” Clarkson said. “Not these two. They’re keeping it real and keeping it live.”

The two performed “Stand by Me” by Ben E. King as Clarkson joined them in the background.

After they sang, Clarkson took a picture with the officers and said it would be displayed in the studio of her new talk show, “The Kelly Clarkson Show,” which is set to premiere in September.

Watch the video from Clarkson's Facebook page below. Their performance starts around the 13:30 mark.