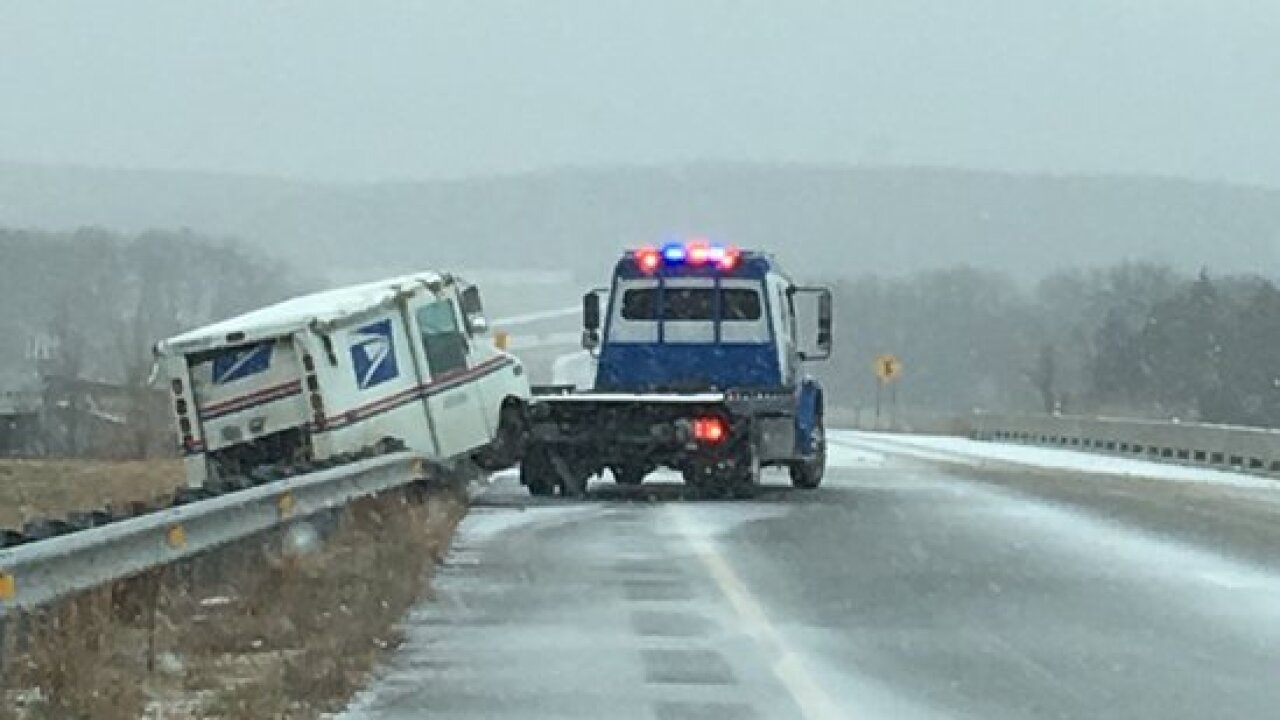 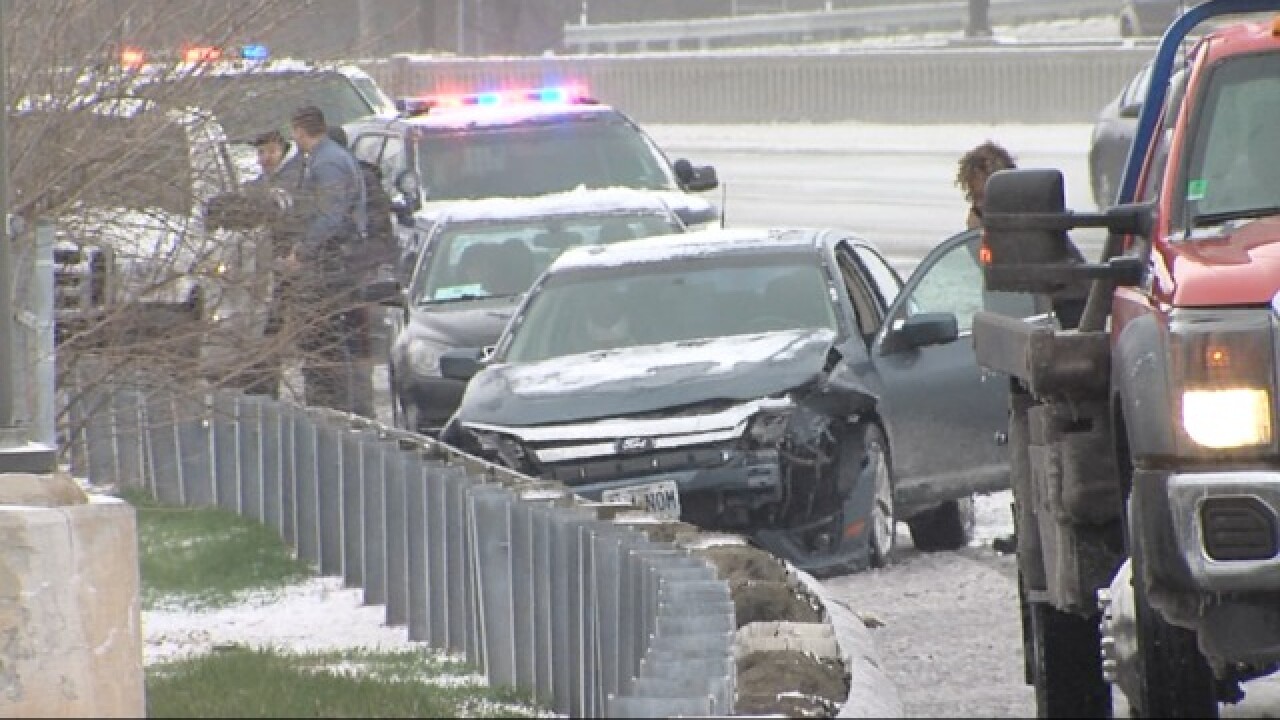 Road crews on both sides of the state line began treating roads by mid-morning, but agencies across the metro reported dozens of crashes and slide-offs throughout the day.

By 9 p.m. the Missouri Highway Patrol said troopers had responded to 144 wrecks with nine injuries.

Update: Troopers have responded 303 calls for service including 144 crashes with nine injuries. Please drive at speeds appropriate for these weather conditions. Below freezing temperatures will result in more hazardous conditions overnight into tomorrow morning.

Across the state line, the Kansas Highway Patrol reported working several wrecks, including a rollover crash in the median of Interstate 435 at Riverview:

The roads across the #KC Metro are ICY!!!

Use extreme caution if you must be out!

Roads are slick in DG Co. Our patrol deputies are kindly asking for drivers to slow way down if you’re out and about. pic.twitter.com/STcROsdykt

"When I first started, it got pretty nasty, especially on the Missouri side," Tim LeManske, who works for Midwest Tow Service, said.

The tow company's lot was lined with 15-20 cars damaged in weather-related crashes. They're expecting another busy morning Monday, since freezing temperatures will freeze any remaining water on the roads.

"If you see us on the side of the street, give us some room. Slow down, appreciate what we do. We're out there just trying to do a job, trying to get the road cleaned up so traffic can flow at a better pace," LeManske said.

Both MoDOT and KDOT said crews would treat roads throughout the night to prepare for the Monday morning commute.

The National Weather Service reported the highest amounts of snowfall north of the metro, with St. Joseph, Mo. reporting two inches of snow. Further north toward the Iowa border, the weather service has received reports of snow in excess of four inches.