KANSAS CITY, Mo. -- The messy weather gave a twist to an Easter tradition.

The skies opened up right before the start of the Hyde Park Spring Frolic and Egg Hunt.

The frigid weather forced many to throw a coat on top of their Sunday best.

Zachary, 8, was among the hundreds of children who raced to pluck Easter eggs into their baskets.

"It was kind of slippery but us older kids we got a lot cause we're faster," Love said.

They certainly did. The kids collected more than 4,000 eggs in about two minutes.

"It's just fun seeing all the kiddos running around, they don't care whether it's raining, snowing or shining," said parent Chris Petitjean.

As the egg hunt wrapped up, the wrecks began to pop up.

The slick conditions spun two SUVs on Southbound Highway 71 near Swope Parkway. It also sent a pick-up into the concrete median further south on Highway 71 near Red Bridge Road.

In both instances, no one was seriously hurt.

The Missouri Highway Patrol tweeted out Sunday afternoon troopers had responded to 19 crashes since the wet weather moved in. 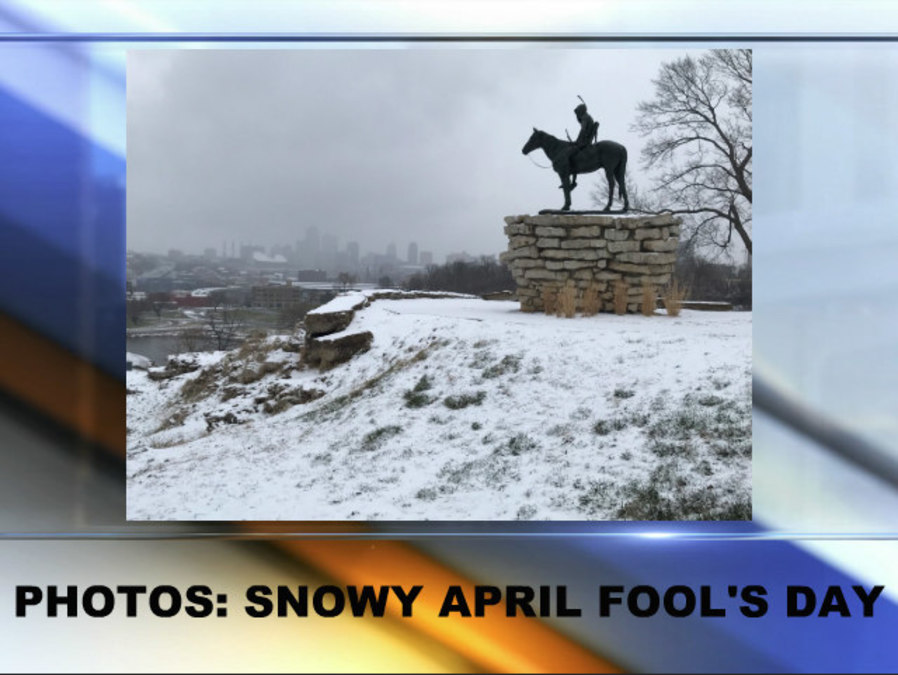