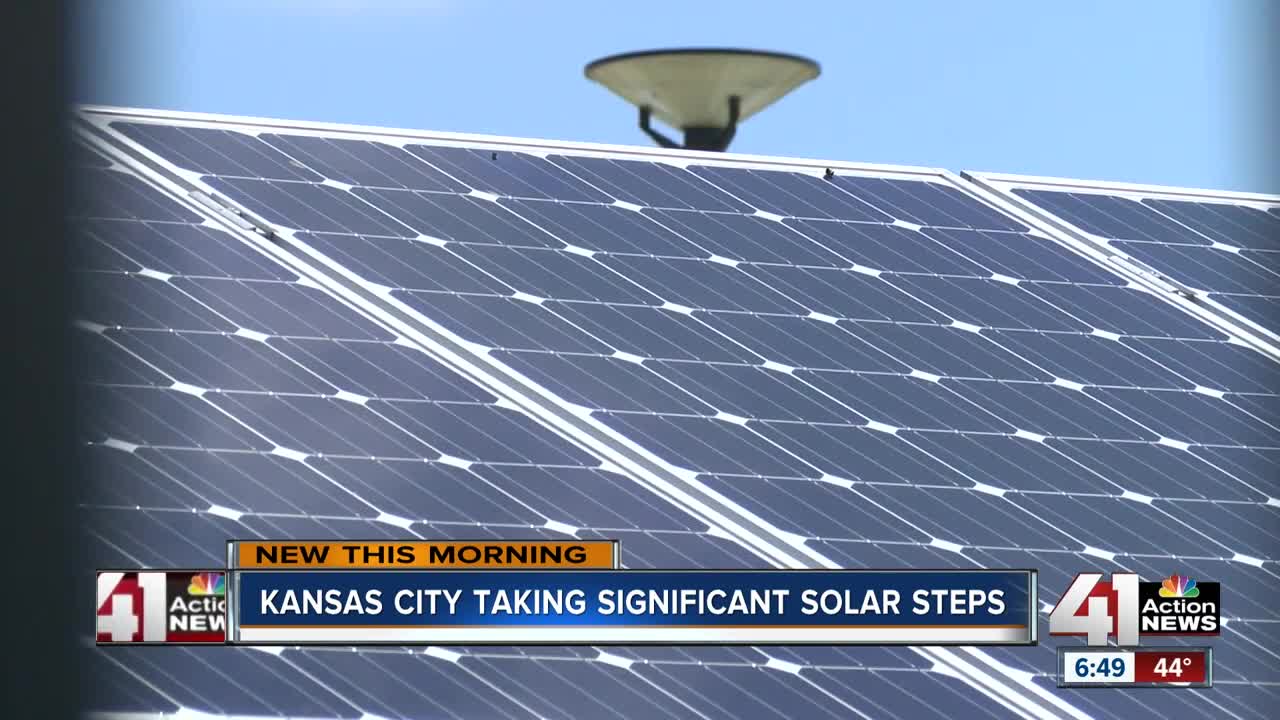 A solar farm, rebates for installing solar panels, and electric vehicles are all part of a series of initiatives turning Kansas City, Missouri, green. 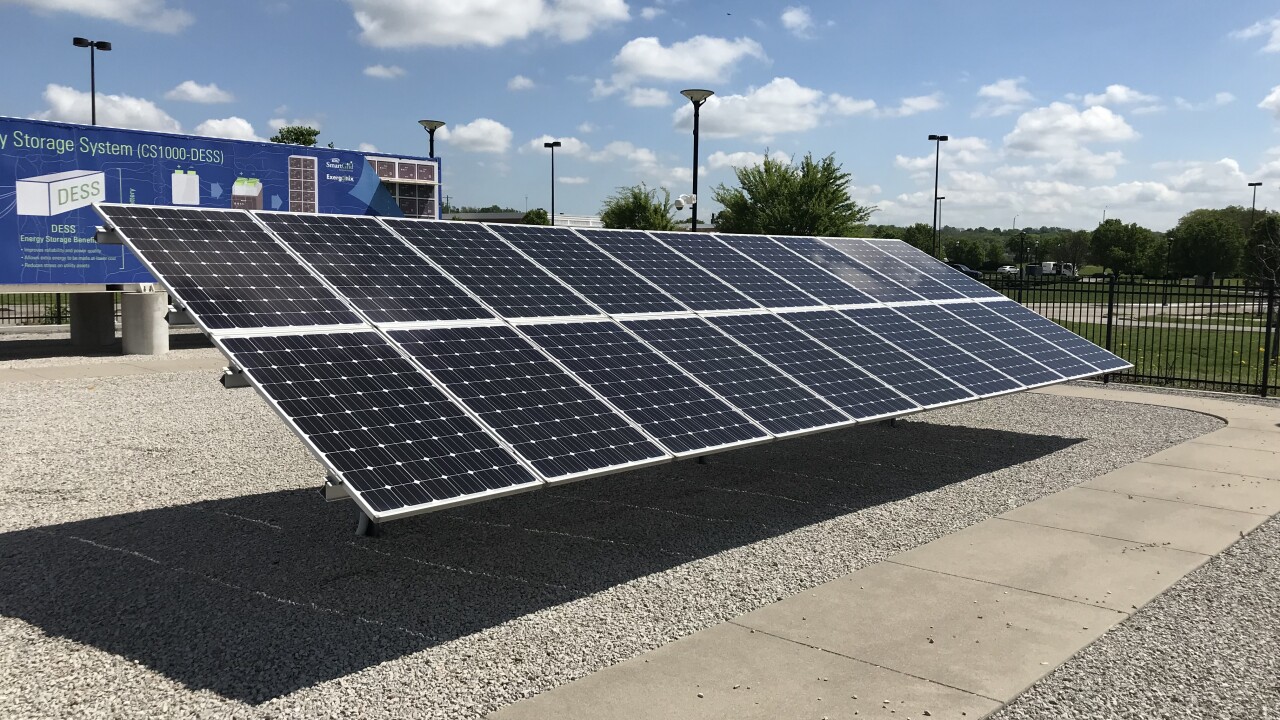 This year, city leaders adopted a goal to power all municipal operations with electricity from carbon-free sources by the end of 2020. That includes solar, wind, nuclear, hydro and bio-gas. And through 2026, the city will place a priority on buying electric and hybrid vehicles and buses.

"In Kansas City when we say sustainability, we mean trying to take action to make decisions that are designed to simultaneously promote environmental quality, economic vitality and social equity in the community," said the city's Chief Environmental Officer Dennis Murphey.

He added going green improves the air quality around Kansas City and thus the health of people living in the area, plus new, renewable energy options create jobs.

To help everyone in the city access green energy, KCP&L plans to build a solar farm, or array, and sell subscriptions.

The farm will allow customers who don't want to, or can't install solar panels on their property to create green energy. Purchasing a subscription allows KCP&L to operate the farm and pump clean energy onto the grid.

The utility's renewables manager said subscribing to the solar farm will cost customers between $5 and $15 more per month at first, but the costs will go down over time.

"We're excited because solar subscription, along with our other renewable offerings, means every customer in our service territory now has access to a renewable product. Some afford cost savings quicker than others, but every customer now has an option," Renewables Manager Drew Robinson said.

KCP&L will start selling subscriptions to the array later this summer. It is in conversations with Kansas City to find a location for the array, which will cover roughly 25 acres.

If you want to install a solar panel on your own property, it looks like you're not alone. Information from Kansas City's Compass permitting system shows the number of applications for solar panel permits doubled over the first four months of the year compared to the same number from last year.

Part of the reason applications are up is because KCP&L received $16 million to hand out in rebates beginning in January. Plus, Kansas City streamlined its permitting process, making it faster and cheaper.

"The idea is we want to walk the walk ourselves, and so we put solar panels on our own rooftops," Murphey said. "But we also want to make it easier for homeowners and building owners, commercial and residential, to install solar energy-generating systems on the rooftops of their buildings."