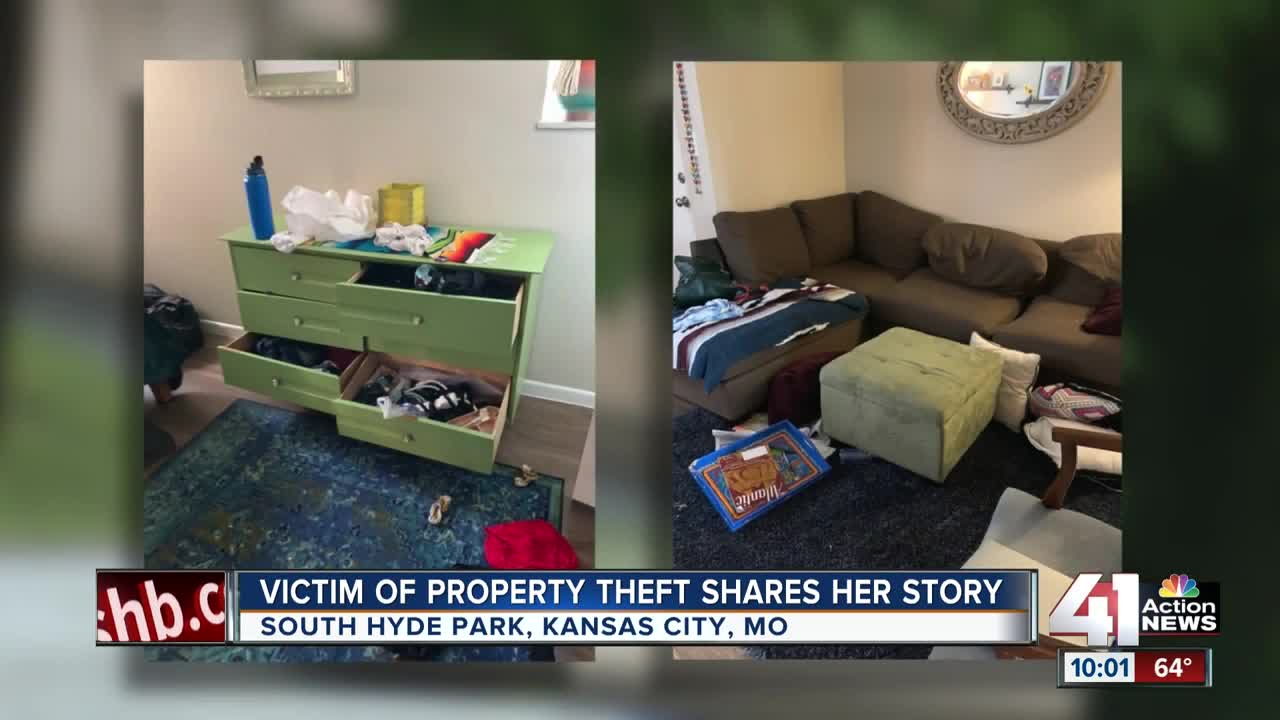 A woman's home was burglarized, and then her car was also stolen. 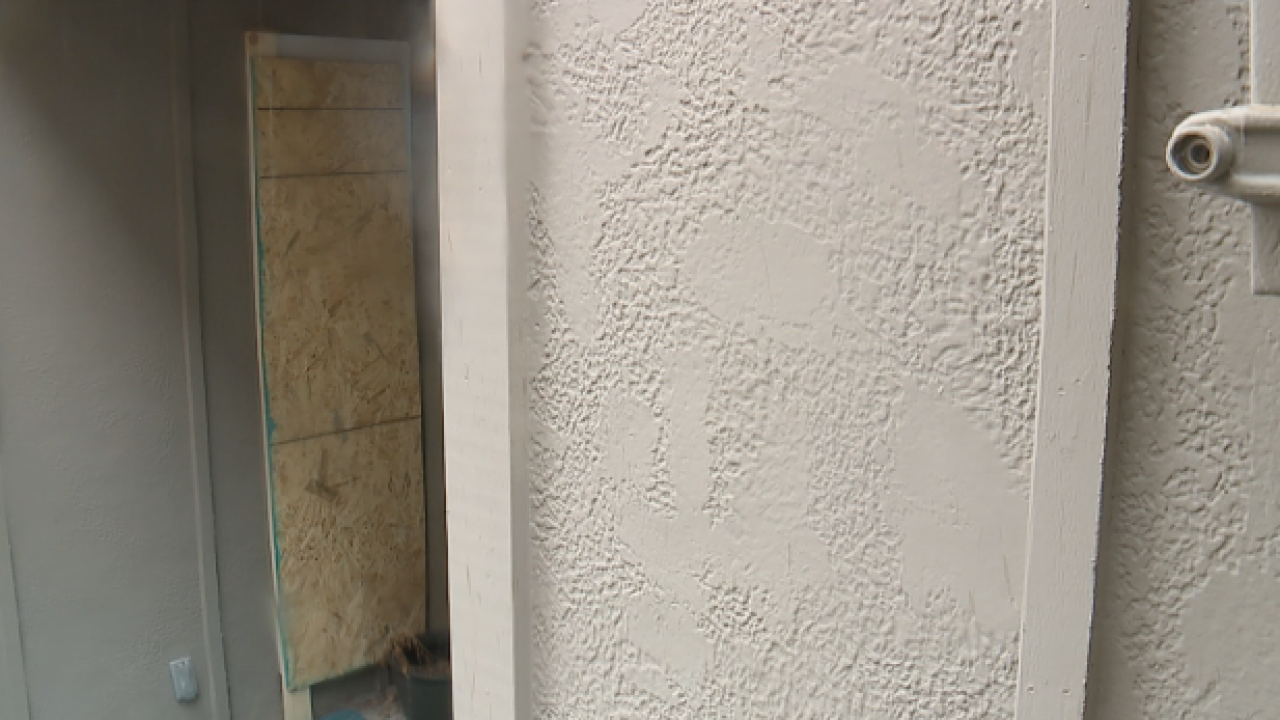 KANSAS CITY, Mo. — After becoming a victim to crime, a Kansas City woman is speaking out.

Mia Gonzalez lives in south Hyde Park, which is the 64111 zip code in Kansas City. According to Crime Reports, the area has seen over 550 property crimes in the last six months.

On Tuesday, Gonzalez said she took her dog for a walk around 3 p.m., when she returned home, she found her apartment trashed.

"It gives me an uneasy feeling that maybe someone was watching me or knew that my apartment had things in it and was safe to go when my dog wasn't there," she said.

Gonzalez said the suspect(s) broke her bedroom window and climbed in. She said all of her drawers were emptied, and valuables were stolen, including her TV. After calling police, Gonzalez said she immediately filed a police report.

While dealing with the break in, Gonzalez said she did not notice everything that had been taken until the next day. On Wednesday morning, Gonzalez went outside to the parking lot, only to find her car was gone.

"They actually came back overnight and stole my car," she explained.

For more than one year, Gonzalez has lived in the 3700 block of Warwick Boulevard and said she's never had any issues. Now, Gonzalez is in the process of moving.

"Yeah, it makes me feel uneasy, it makes me feel very worried about my safety in the neighborhood, and it's really been difficult to sleep at night knowing that someone was in my space and they just broke a window to get in," she said.

Kansas City Police told 41 Action News, the majority of crime is property crime. To avoid becoming a victim, police said to lock your house and garage doors, take valuables out of your car and make sure it's locked when parked outside.

Police also said the safest neighborhoods are ones where people look out for each other.

"I think having cameras is helpful, so if something does happen they can catch them faster, having the proper railings and bars on your windows, unfortunately it's unsightly but it will protect your property and talk to your neighbors and hopefully you'll look out for each other," Gonzalez said.

Gonzalez said none of her neighbors' apartments or cars were broken into. On Thursday, Gonzalez said her car was found downtown with $4,000 worth of damage, but claims it is still derivable.