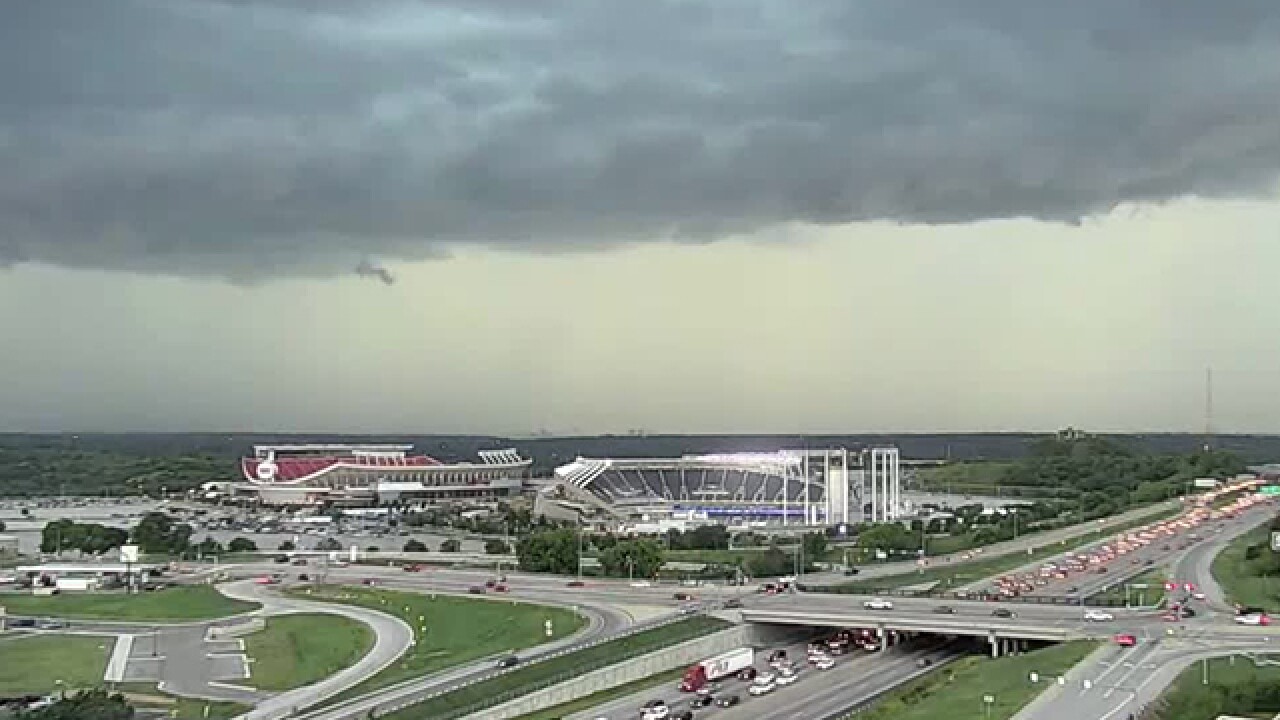 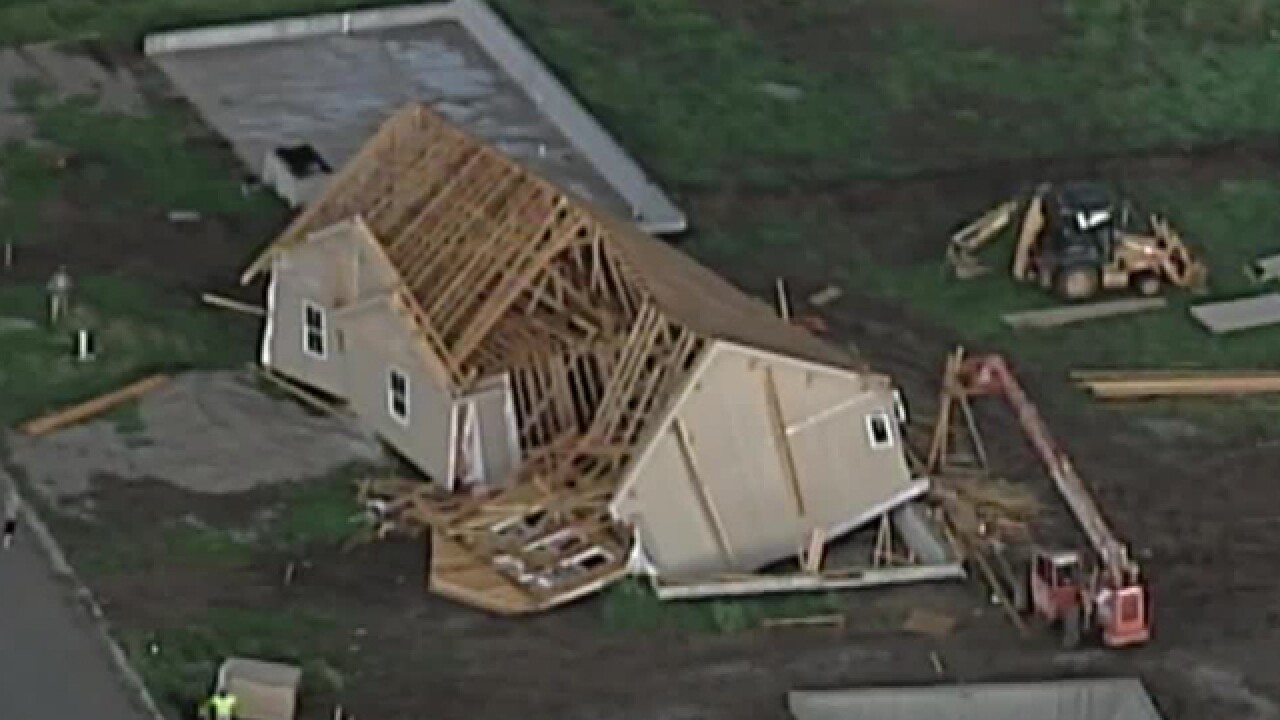 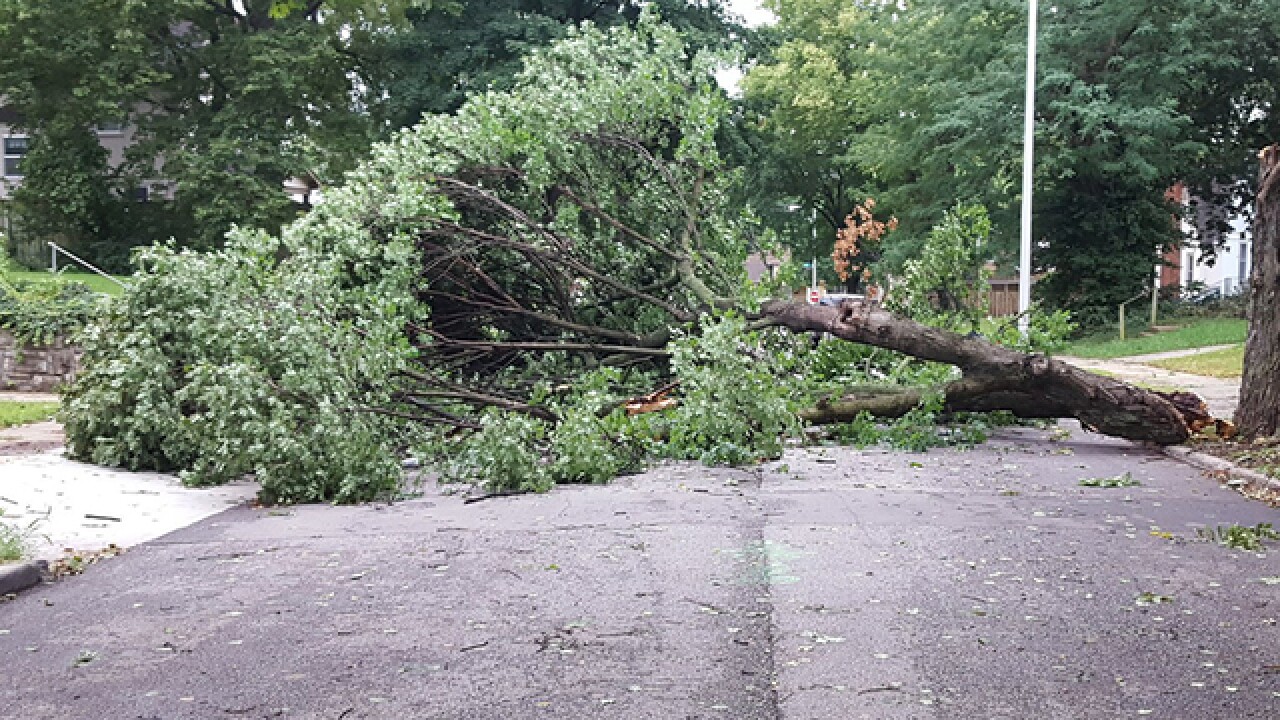 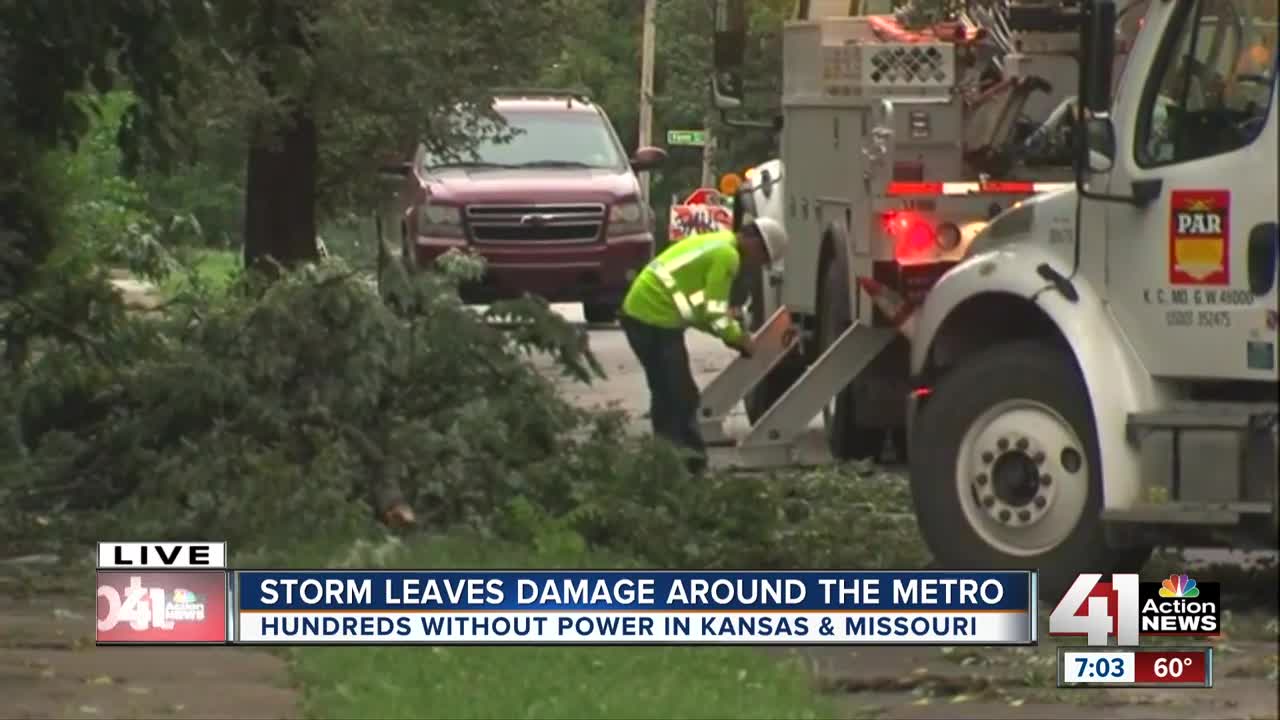 KANSAS CITY, Mo. – A line of storms Tuesday afternoon caught the metro during the evening rush hour, and continued to cause problems in the overnight hours.

Some morning commuters were even affected.

School buses having to navigate through debris and find alternate routes due to fallen trees in road @41actionnews pic.twitter.com/cnXrnJzaeV

Trees blocked the road on 54th near Troost and on Virginia near 58th.

The storms knocked out power to thousands of customers across the metro. KCP&L at one point reported more than 21,000 customers without power. Wednesday morning, just fewer than 2,000 customers were still waiting to get their electricity back.

Initial storm reports indicated small limbs and a few power lines down throughout the area, but it became apparent in the overnight hours that some more serious damage was present.

Just got to emergency scene at Garfield Ave.

Tree has fallen on home. Waiting for details. @41actionnews pic.twitter.com/fjMziy7S7b

The Wyandotte County Sheriff's Department said three people suffered minor injuries after a tree they were hiding under at Big 11 Lake was struck by lightning. Branches falling from the tree struck the victims.

A house under construction in northeast Kansas City was swept off its foundation. No injuries were reported.