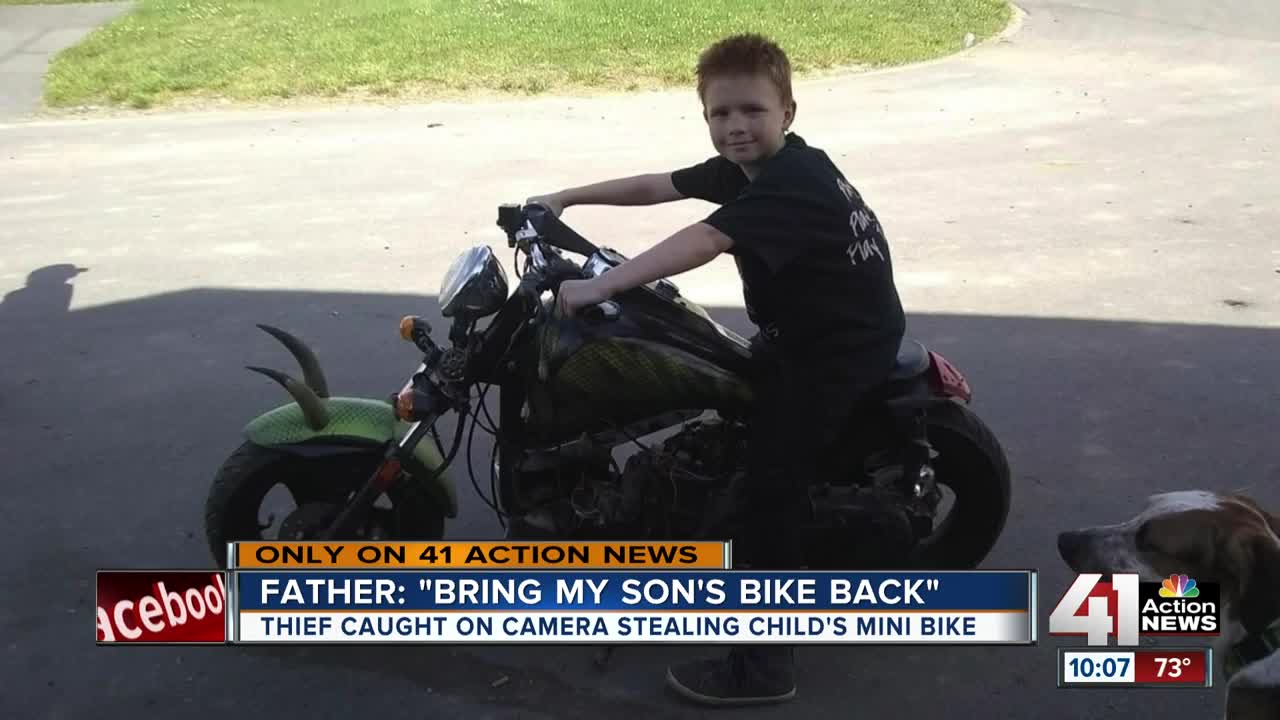 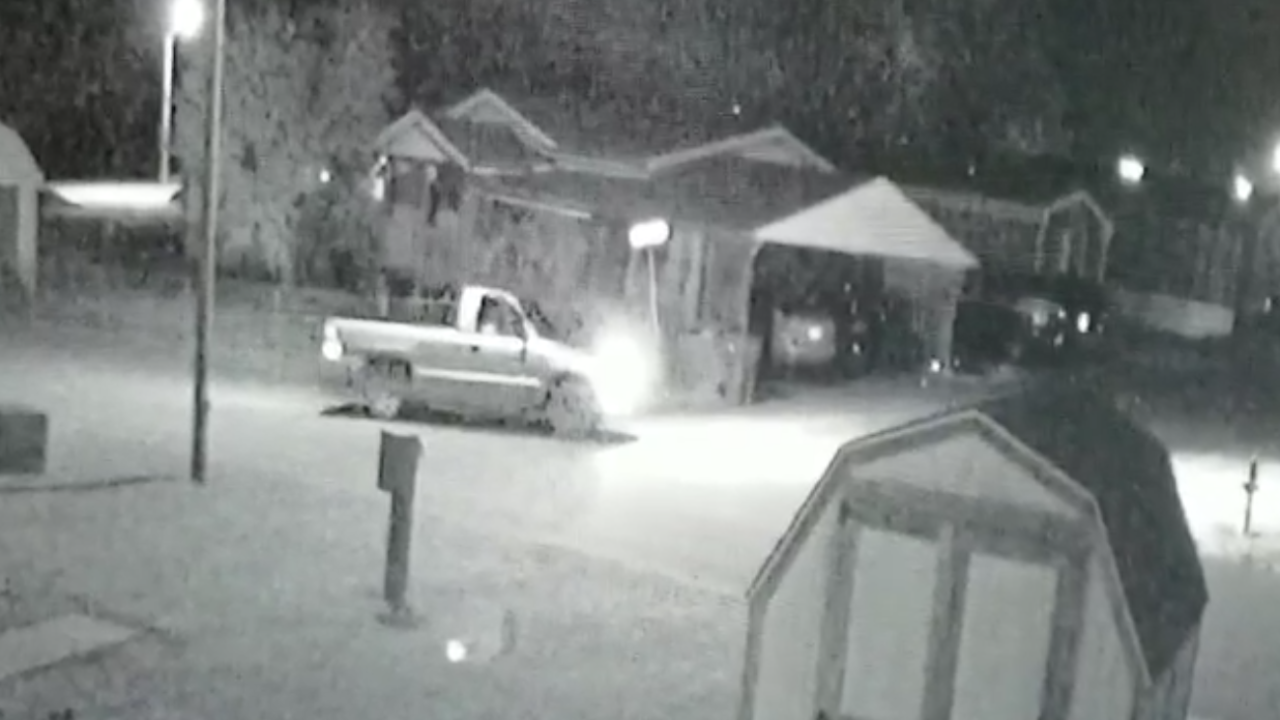 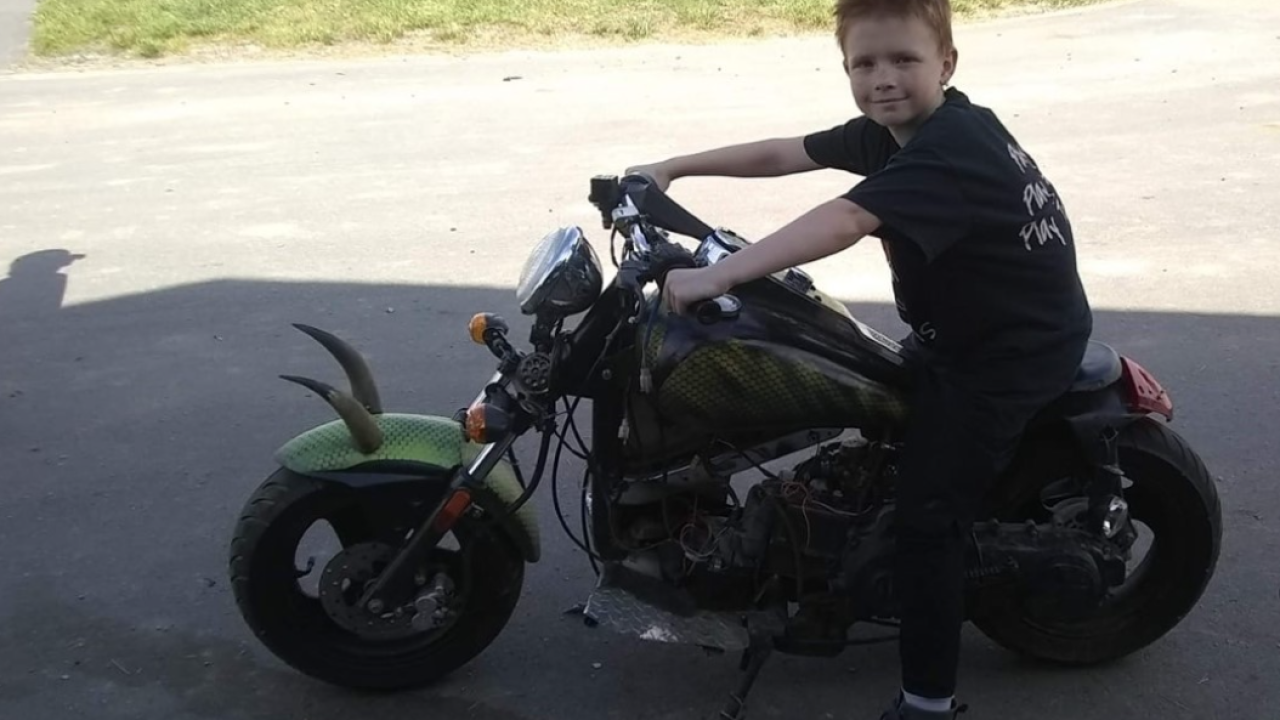 KANSAS CITY, Mo. — A 9-year-old Northland boy was left heartbroken earlier this week after thieves the mini motorcycle he worked months to afford.

Timmy Abner grew up loving motorcycles and said he mowed lawns to raise money to buy one.

“He’s been on a bike since he was probably about 1,” his dad, Tim. said. “That bike meant the world to him. To see his face when he first got it was priceless.”

Timmy and his dad often worked on the bike together. It was decorated with horns and painted green and black, quickly becoming a cherished item.

That joy turned to heartbreak when the family realized it was missing, a crime that was captured on surveillance video.

Surveillance video from a neighbor’s home shows a pickup truck pulling up near the Abners' home early Wednesday morning.

According to Tim, a man could be seen carrying the mini motorcycle away from the garage.

Timmy spent part of Wednesday walking around the neighborhood and searching for clues to where the motorcycle might be.

With pictures of the mini motorcycle now circulating online and on social media, the Abners hope it will be found soon.

“It would mean the world for him to have his bike back and for him to be able to ride again,” Tim said. “If they have a heart or have a kid, bring my son’s bike back.”