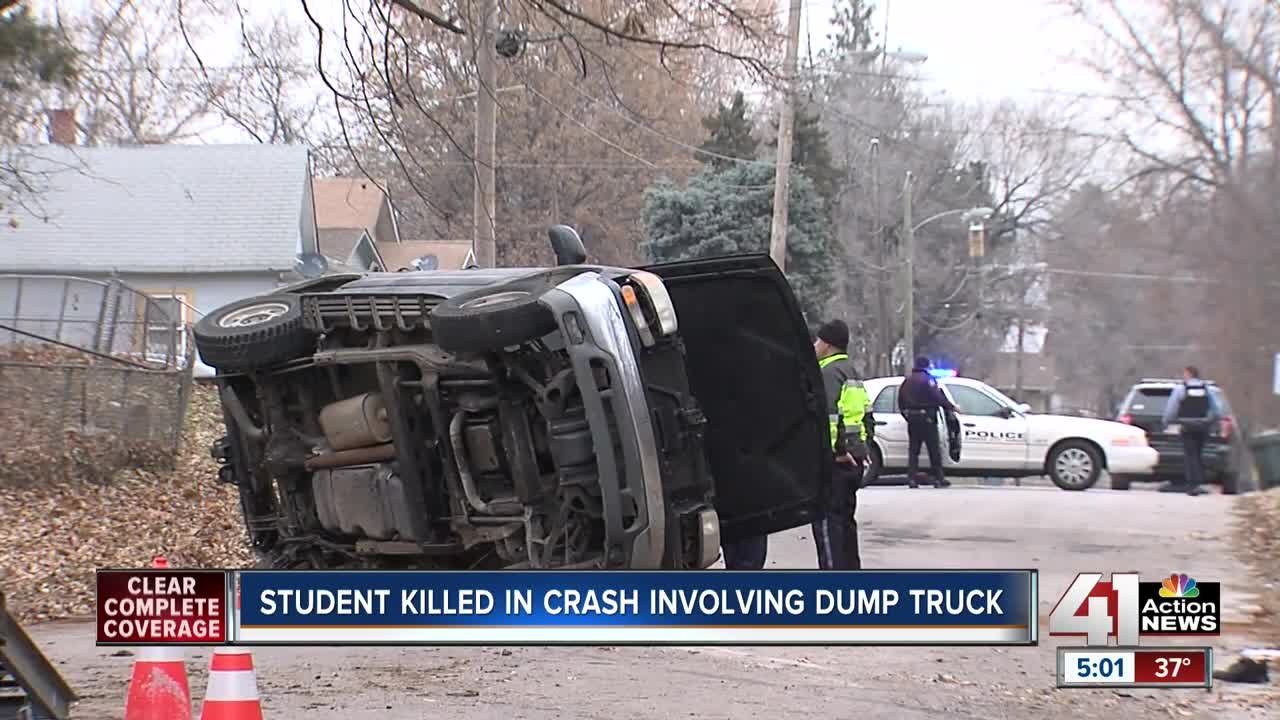 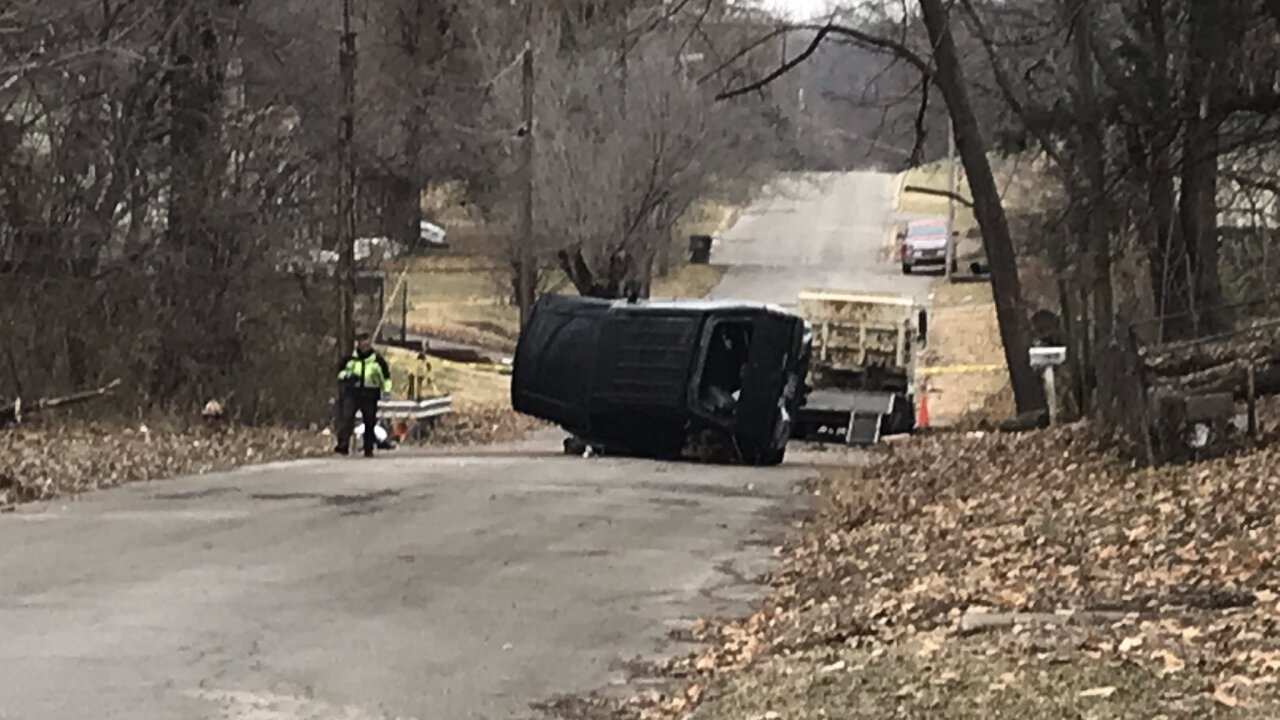 Police Chief Terry Zeigler tweeted that officers responded to the crash near South 40th Street and Wyandotte Avenue around 9:30 a.m.

Police said the teen driver lost control of the SUV before hitting an unoccupied UG dump truck parked on Wyandotte Avenue. Speed is suspected to be a factor in the crash.

“They hit the brakes, slid the rest of the way down the hill, hit the truck and then kind of bounced from there off the truck, into the guardrail and then ended up rolling over on their side,” KCKPD spokesman Officer Thomas Tomasic said.

The impact caused two of the four teenagers, a male and female, to be ejected from the SUV.

The boy, a freshman at J.C. Harmon High School, was killed. The girl survived.

The other two teens in the car suffered minor injuries, police said.

“We’ll continue to investigate,” Tomasic said. “And see if this was simply driving too fast or if there was something going on — why they were driving that way.”

Tanya Mabion, who lives on South 40th Street, heard the crash and looked out her window to see the car "sideways, sliding down the street," she said.

“I came out and his friends that were in another car behind him, they got out, they were so scared. I asked them, ‘what happened?’ And he said ‘he was driving a high rate of speed and he hit that truck,'” Mabion said.

Mabion, who has lived in the area for 40 years, said speeding is a constant issue on the street.

“They speed up and down there all the time. This is my yard and that’s the reason I go around. I don’t back out anymore,” she said.

Police added that none of the teenagers involved in the crash were wearing seat belts.

“(It’s) as simple as slowing down and putting a seat belt on — you prevent wrecks and you prevent deaths,” Tomasic said.

41 Action News is not identifying the teen killed until police notify all family members.

The two other teens in the SUV are helping police with their investigation.