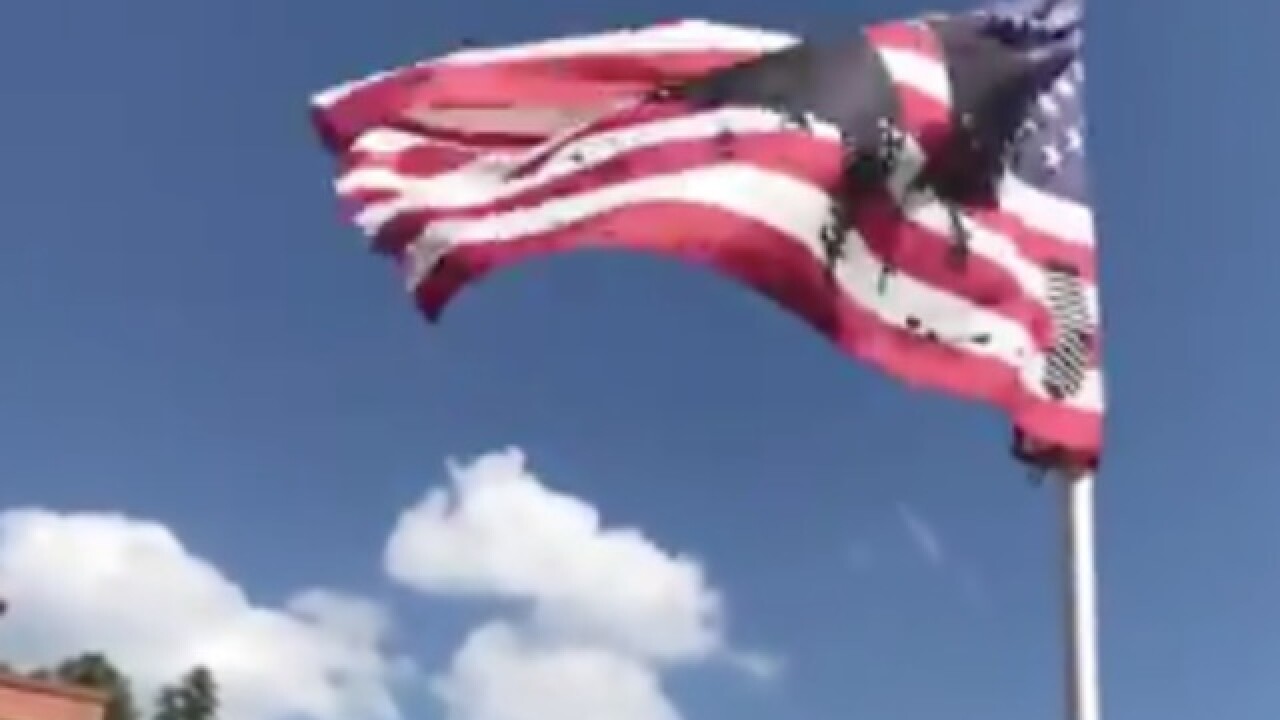 KANSAS CITY, Mo. -- University of Kansas police are investigating a threatening call made to the on campus museum housing controversial flag art.

Police tell 41 Action News the call came in to the Spencer Museum of Art on Wednesday. That was the same day the flag was removed from a pole on campus to the museum.

Officers have not said if the call was about the controversial art piece.

The flag is part of a national art project. When several state leaders found out about the flag, they called for the University of remove it.

Girod made the move after receiving a call from Kansas Governor Jeff Colyer asking him to take it down.

Since it has moved inside, Colyer and Kansas Secretary of State Kris Kobach have urged the University to remove it entirely from campus. Both are seeking the Republican nomination for Governor of Kansas.

The art piece is not a flag itself. It is a graphic image of a flag that has been screen printed onto fabric.

In a statement, the artist, Josephine Meckseper said she divided the shape of the U.S. in two for the flag design to reflect divisions in the country.