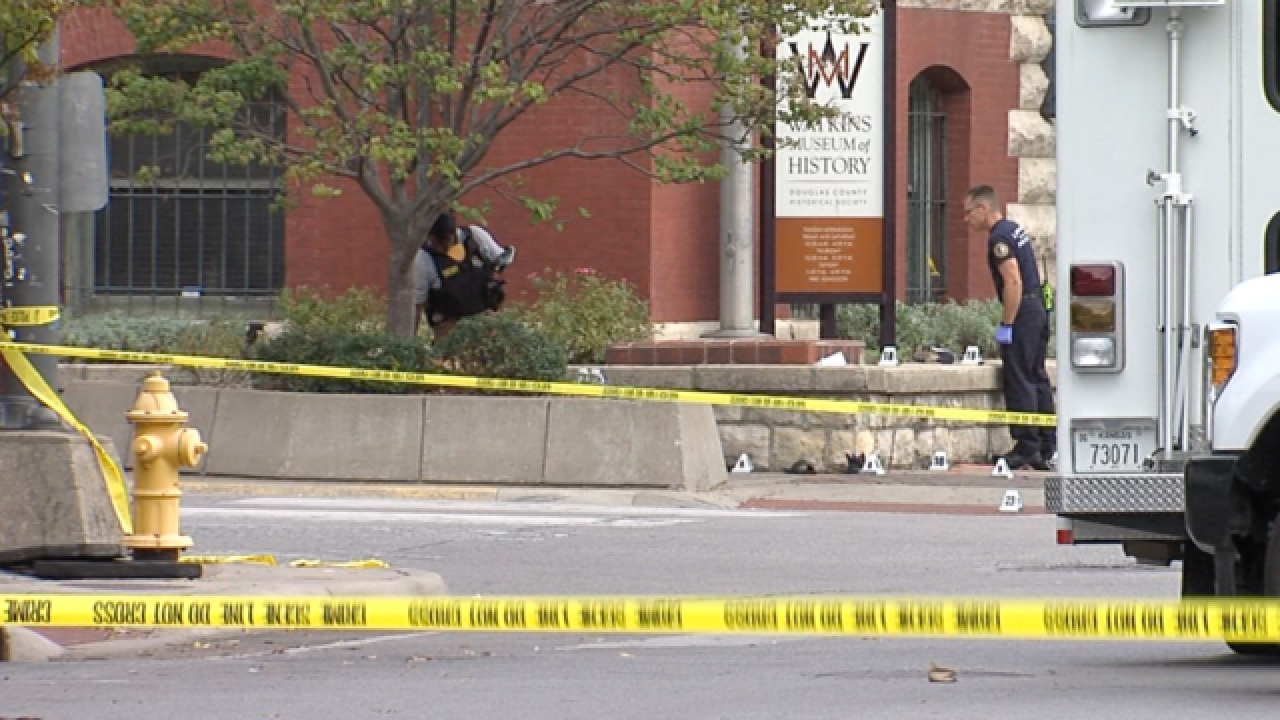 Three people are dead and two others hospitalized after a shooting on 11th and Massachusetts St. in Lawrence early Sunday morning.

Police were near the Douglas County Courthouse around 1:30 a.m. when they heard multiple gunshots.

Five victims have been identified from the shooting. Three of those have died, and two others are being treated for non-life threatening injuries.

Police are asking for help in identifying the suspects(s) involved. Anyone with information is encouraged to call Lawrence Police at (785) 832-7509, or Crime Stoppers at (785) 843-TIPS.

‘Nobody can bring my daughter back’

Gretchen Brown is one of three mothers who’s mourning the death of their child.

As an ER nurse, she deals with trauma daily, but never thought a case like that would involve her own daughter, 22-year-old Leah Brown.

Brown was identified by police Sunday afternoon as one of the victims who lost their lives in the shooting. The two other victims killed in the incident have been identified as Colwin Henderson, 20, and Tre’Mel Dean, 24, both from Topeka.

“We see all the—so much of the violent crime that come from that area so I felt like she was better going to Lawrence and now the violence is the same,” Gretchen Brown told 41 Action News.

She said her daughter was leaving Brothers Bar and Grill when gunfire broke out.

Leah and her best friend got caught in the middle of it.

“See the violence and the gun violence that we’re subjected to all the time but I never imagined it would happen to my own daughter and a truly innocent victim that got caught in this random act of violence for probably no reason,” Gretchen Brown said.

The graduate from Bishop Miege High School had joined the Navy. In her spare time she loved to ride motorcycles and spend time with her young brother.

“There’s no justice for my daughter. Nobody can bring my daughter back,” her mother said.

As of Sunday night, Lawrence police have not release a description of the suspect(s) who opened fire on the corner of 11th and Massachusetts.

Two others were wounded, but are expected to survive. Their names have not been released.

Police say no other information will be released until Monday.