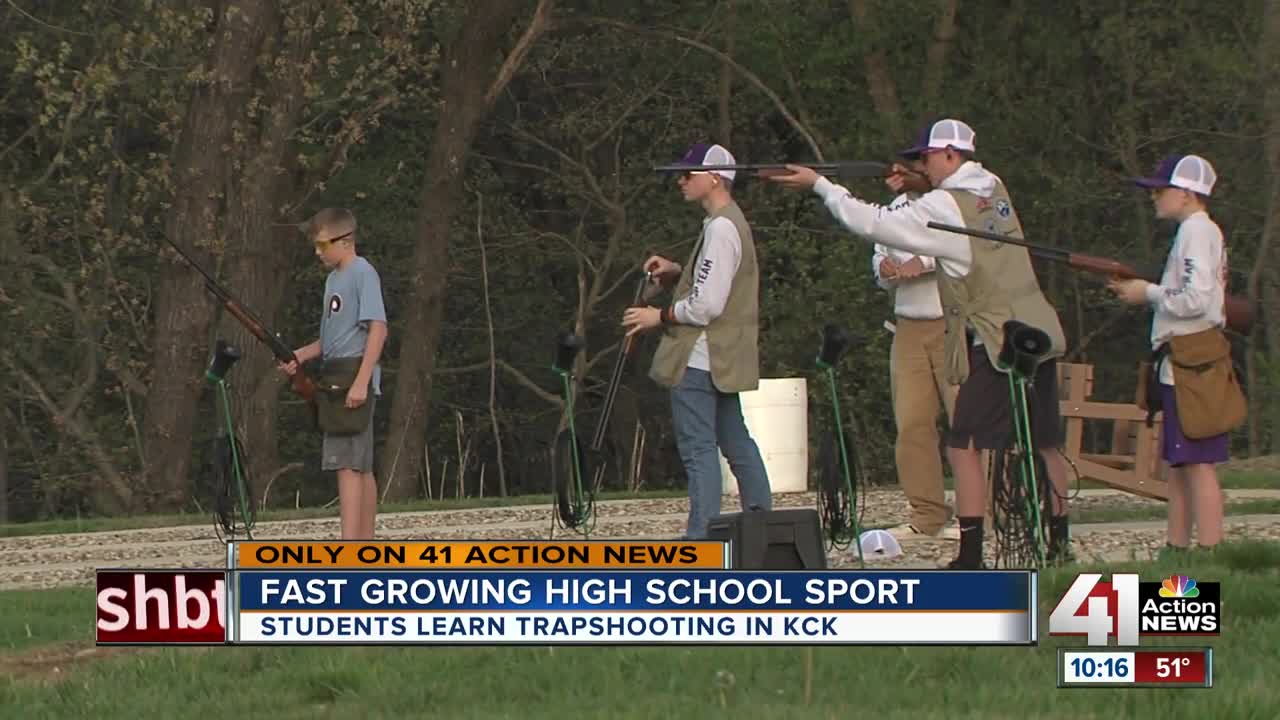 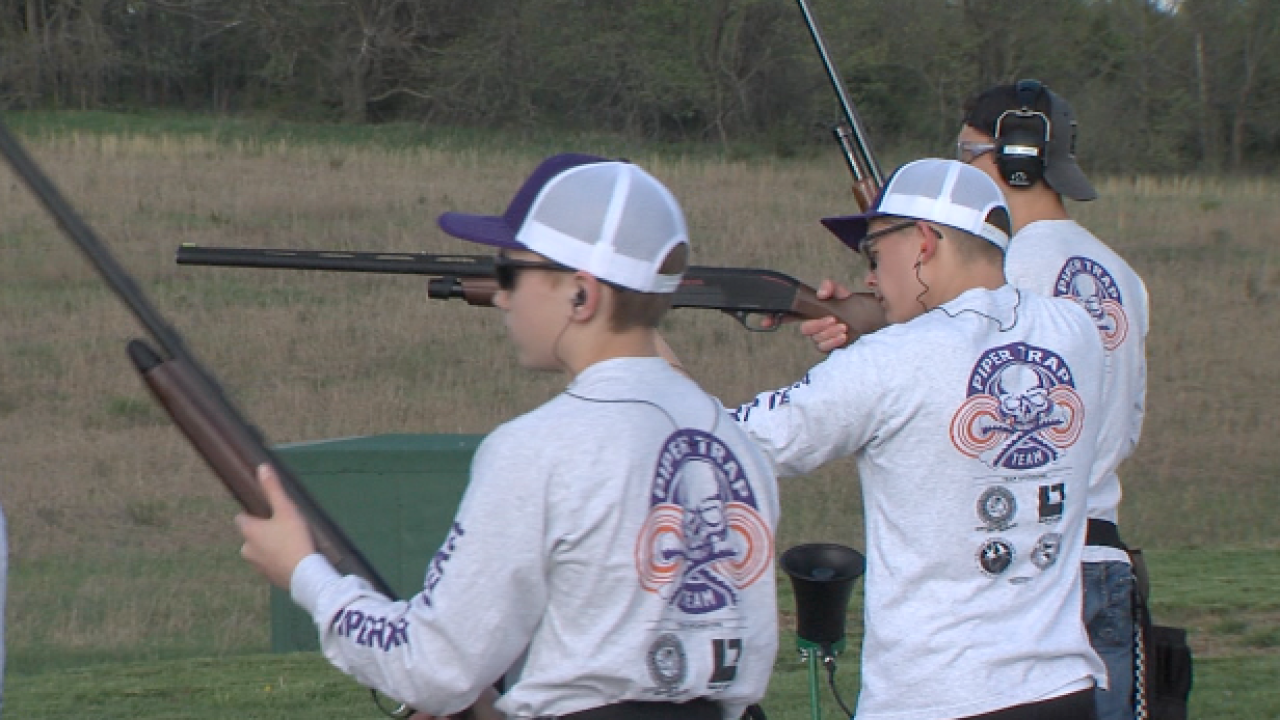 KANSAS CITY, Kan. — As trapshooting continues to soar in popularity with teenagers, one metro school district has seen its club for the sport triple in size over the span of a year this spring.

After starting a club last year, the Piper School District has seen the popularity firsthand.

“We started this team last spring with 14 kids,” said coach Kalven Thorne. “This year in the spring, we have 42 shooters.”

Each Wednesday and Saturday, the team meets at the Wyandotte County Fairgrounds for practice and competitions.

Almost all of the shooters have similar backgrounds; many grew up in hunting families while others have relatives who served in the military.

Sixteen-year-old Evelyn Turney, a junior, learned how to shoot a gun from at a young age.

“My dad, he has been hunting for a long time, and then he decided to take me out,” she said. “It’s really unique being a girl because it’s mainly a boys sport.”

On Wednesday, Turney showed off her skills alongside other teammates.

With patches showing off her past accomplishments, she told 41 Action News that trapshooting provides just as much competition as other sports.

While she said she enjoys being able to practice her shooting skills, Turney said the sport provides other fun elements, too.

“I like that we don’t have to run and condition. That’s always the good part,” she said. “It’s a fun sport. That’s the main reason we all come out and do it.”

A visit to the shooting range, set amongst quiet farmland homes to crowds every summer for the fair, brings loud bangs nearly every second.

Soon after walking down the stairs to practice area, a sign bearing safety rules greets any shooter.

Thorne told 41 Action News the top priority and rule for the club is keeping everyone safe from possible dangers that could occur with guns.

“When we talk about fundamentals and we talk about absolute safety we’re talking about how to handle the gun from square one,” he said. “We make sure that the one thing that they’re doing all the time is being safe.”

With guns being a contentious issue across the country, Thorne said participating in a sport like trapshooting could provide valuable lessons.

“Unfortunately in our world, you’re eventually going to come in contact with a firearm,” he said. “If you have to handle it, we want you to know how to do that safely.”

Moving forward, he said the club could bring an impact far beyond the shooting range.

“Firearms are inanimate objects,” he said. “To teach people how to manipulate them safely and without malice is a good thing.”

The Amateur Trapshooting Association estimates that 75,000 students are part of trapshooting groups and teams across the nation.