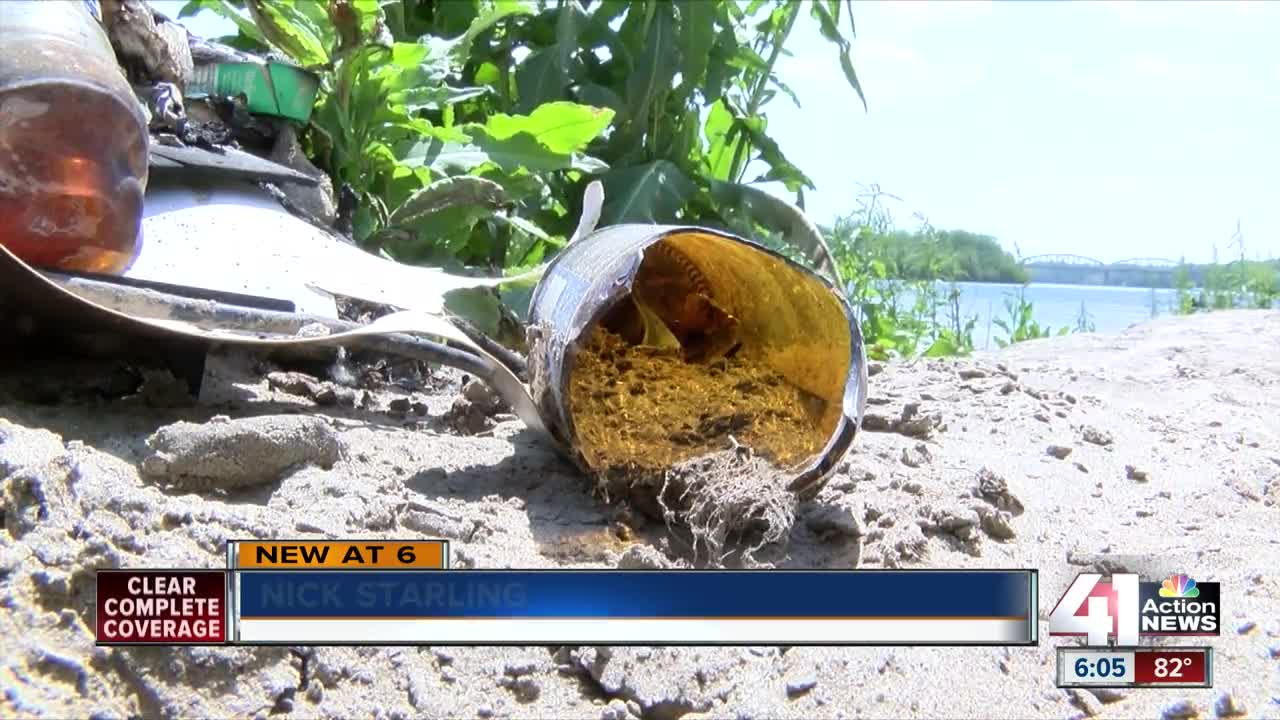 Clumps of trash line the banks of the Missouri River banks, a problem exacerbated by flooding this spring, but one group is determined to do something about it. Missouri River Relief is committed to clean up at least a fraction of the trash. 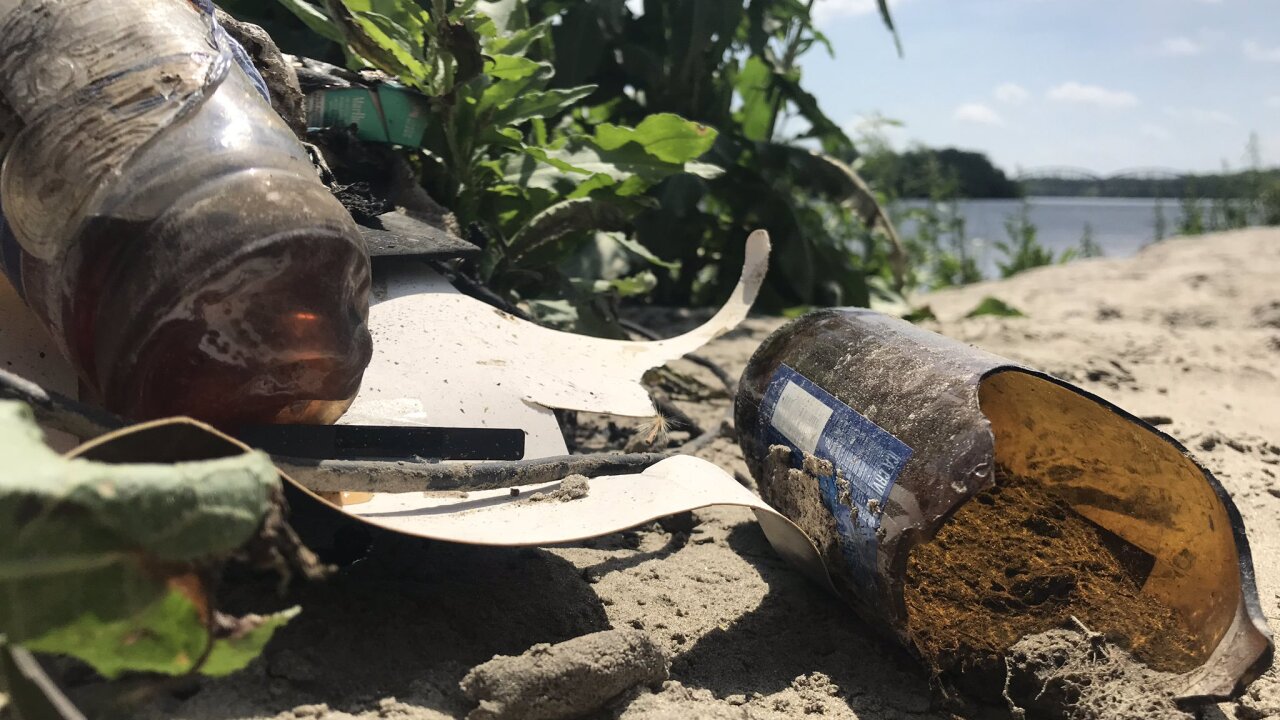 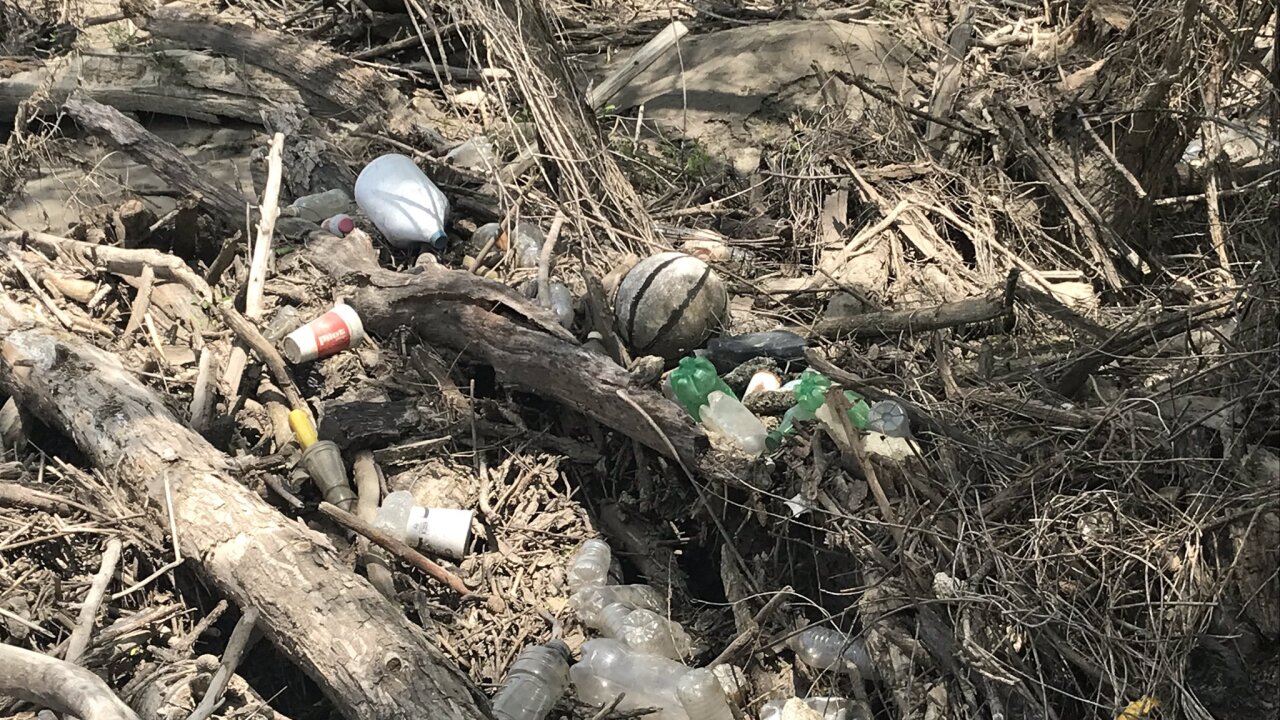 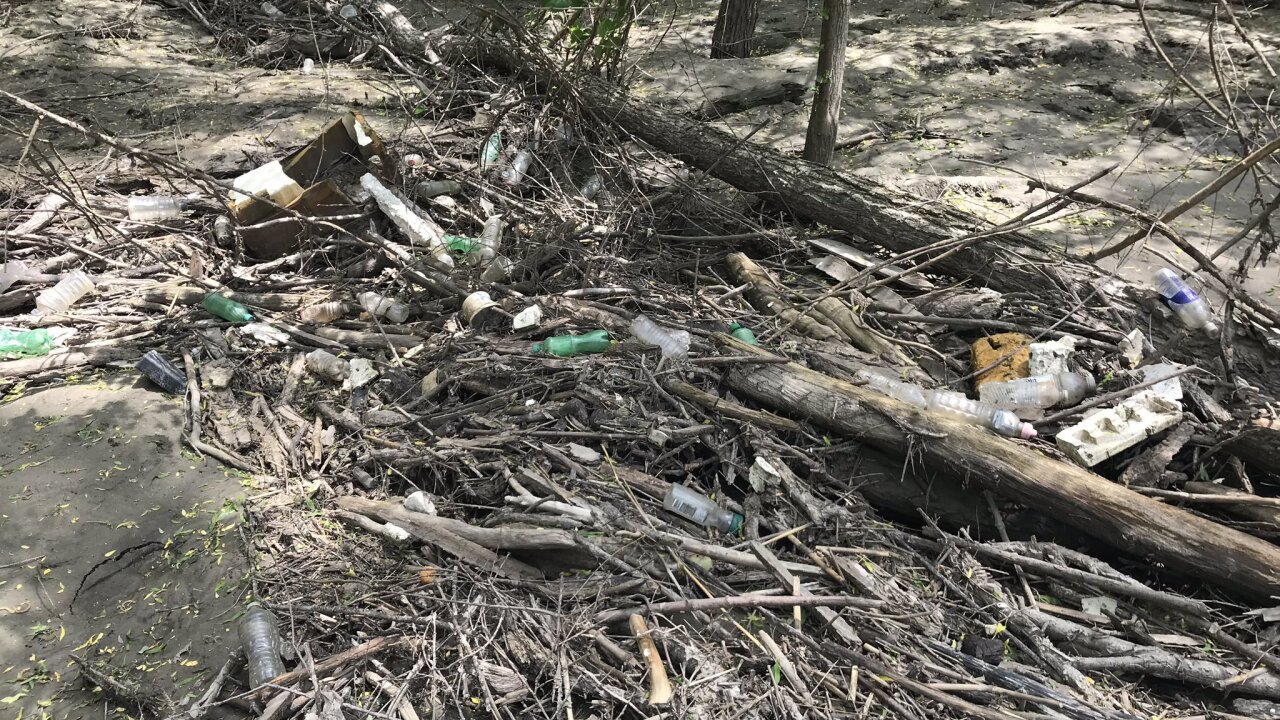 SIBLEY, Mo. — Clumps of trash line the banks of the Missouri River banks, a problem exacerbated by flooding this spring, but one group is determined to do something about it.

Missouri River Relief is committed to clean up at least a fraction of the trash.

"I've been astounded by the trash that washes into the river, especially down from big cities like down from Kansas City," crew member Jeff Barrow said. "There's huge amounts of trash that was up into the woods during high water events."

Missouri River Relief staged in Sibley, Missouri, on Friday and used boats to map out the heaviest trash spots. When volunteers arrive Saturday, there's now a plan in place on where to clean up.

"In order for us to have a efficient and safe cleanup, we have to, day before, take our boats on the river and our crew members and find the trash and then identify what type of crews will be needed, what type of tools would be needed," Barrow said.

One of the trouble spots, according to Missouri River Relief Executive Director Steve Schnarr, is river marker 333. A lot of trash gets caught in the brush because of a washed out levy from the 1993 flood.

Most of the trash this group picks up roughly 30 miles east and north of the metro area originates from towns and cities upstream, like Kansas City.

"Everybody's litter ends up floating into a storm drain and then into a creek and ends up in the Missouri River and places like this collect it and help us get it before it floats on downstream," Schnarr said.

"Whenever we have big floods, we find more trash," Barrow said. "And if there's devastating floods, then we'll find like whole households that will get washed into the river or people's barns and their equipment, propane tanks and all that kind of stuff that is just normally in somebody's house or in their barn just gets washed into the river."

The volume of trash the group has picked up can be disheartening, but there's a tremendous sense of accomplishment after successfully cleaning up a spot along the river.

"I was just amazed at the amount of trash that people throw out.," volunteer Pat Jansen said.

Volunteers will clean up the trash starting at 9 a.m. on Saturday and you still have a chance to help out. More information is available on the Missouri River Relief website.