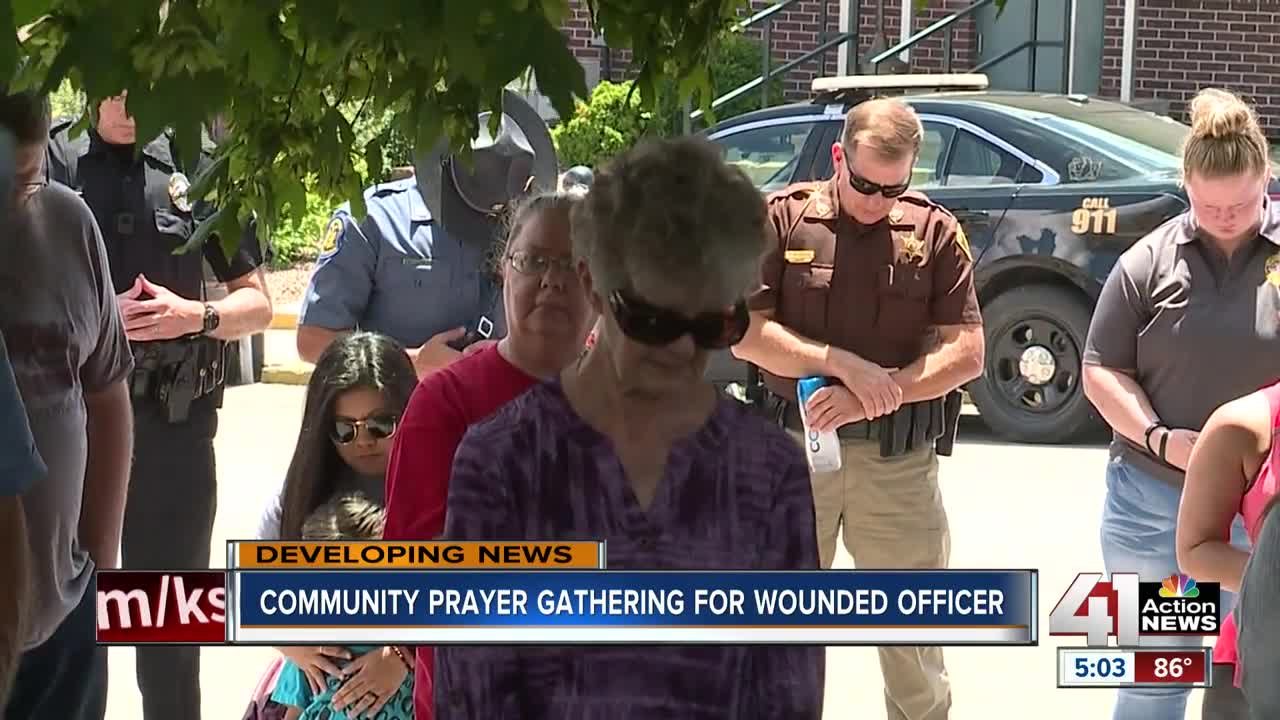 Members of the Trenton community gathered to pray for a local officer wounded in the line of duty. 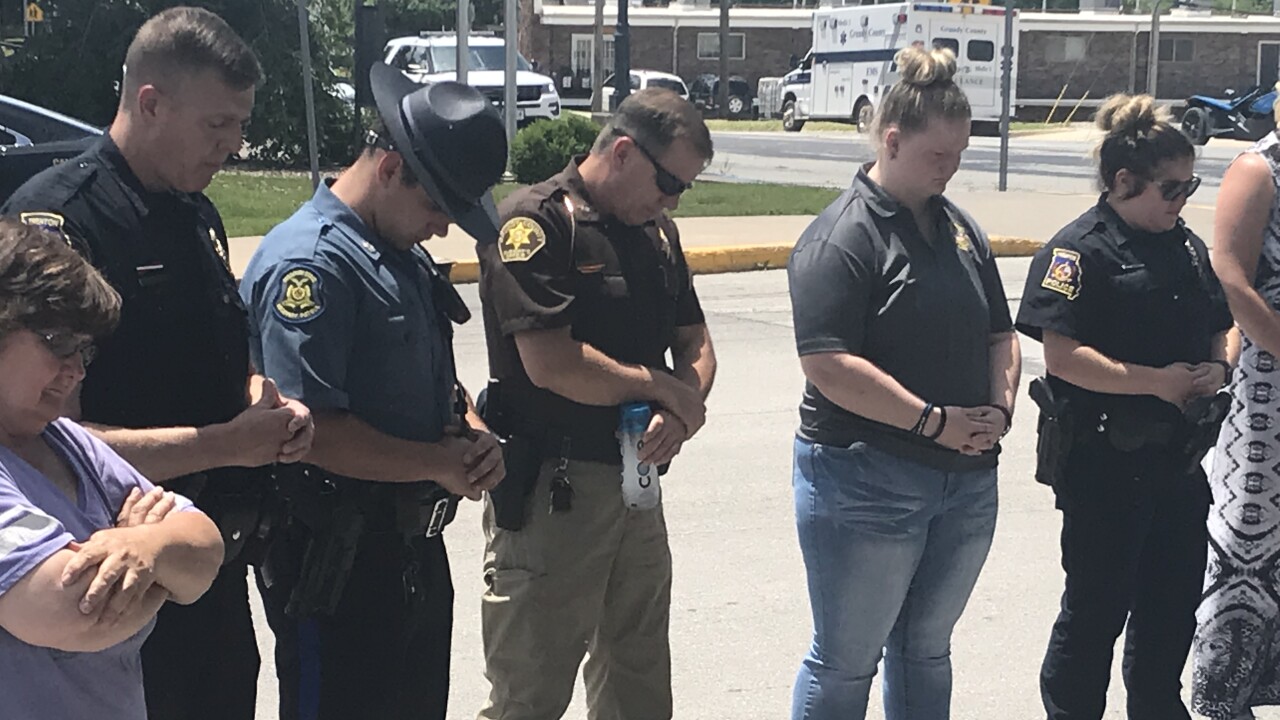 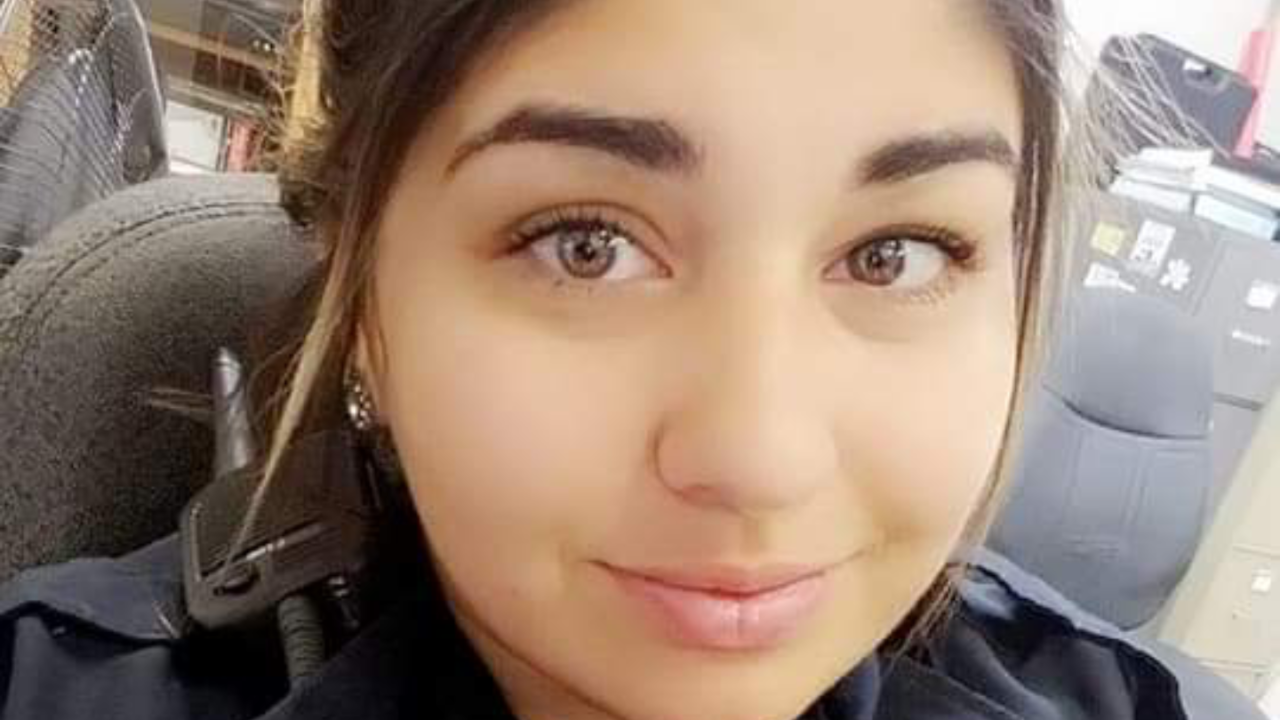 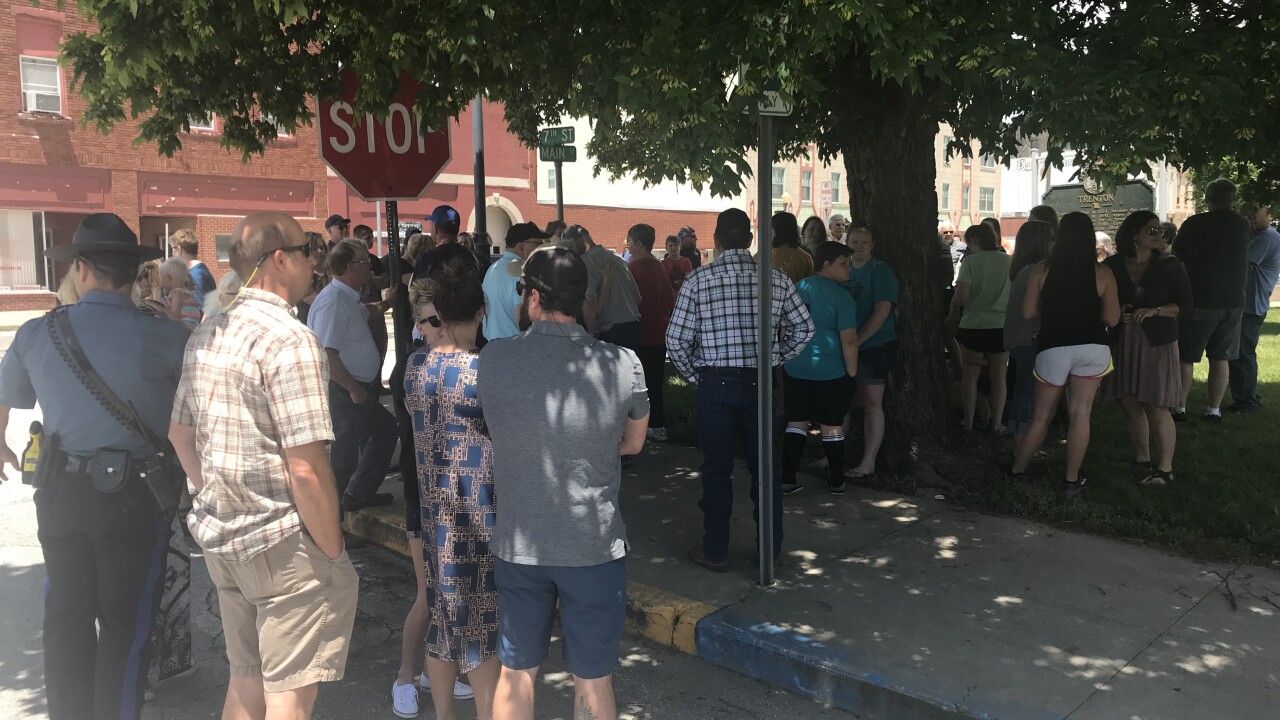 TRENTON, Mo. — The community of Trenton, Missouri, came together Sunday to support police officer Jasmine Diab, who is recovering after being shot in the stomach two days earlier during a prisoner transport.

The Missouri State Highway Patrol said the officer was shot just before 3 p.m. on Friday during a struggle with Jamey Griffin, 38, also of Trenton, over her handgun near Winston, Missouri. She was transporting Griffin to St. Joseph for a mental evaluation.

"We’re still all in that shock, but we know that we can come together as a community and support her the best that we can," Trenton resident Doug Franklin said.

Friends of Diab said she is a young mother and one of the newest officers with the Trenton Police Department.

"(I) instantly fell in love with her and always smiled," Kara Wilson said.

THe incident Friday left many wondering why Griffin would hurt Diab.

"I don’t know why on earth anybody would ever want to hurt her," Diab's friend, Kendra Lickteig, said. "She’s so sweet and nice and caring, and just for her to be hurt, or any one on our law enforcement, is a shock."

Franklin added, "We’re pretty tight. We’re one family really, and that’s one of our own, so it was very difficult. We just tried to come together, figure out things together, support one another, care for one another. It’s just what we do."

Diab, who remains hospitalized, is aware of the support she's receiving in Trenton.

"She can’t talk, but she nods and smiles and can sign things with her hands," Lickteig said, "She was very happy that I got to talk with her as I was."

Everybody in the prayer group is pulling for Diab, hoping she can one day return to the police force in Trenton.

"There’s so much love between officers and people, because we all know around the world what’s going on," Trenton resident Robert Hutchison said. "And that’s what we need more is love."

Diab already has undergone several surgeries, according to her friends, who have set up a Facebook page to collect donations and money to help the family. Her birthday is Thursday.