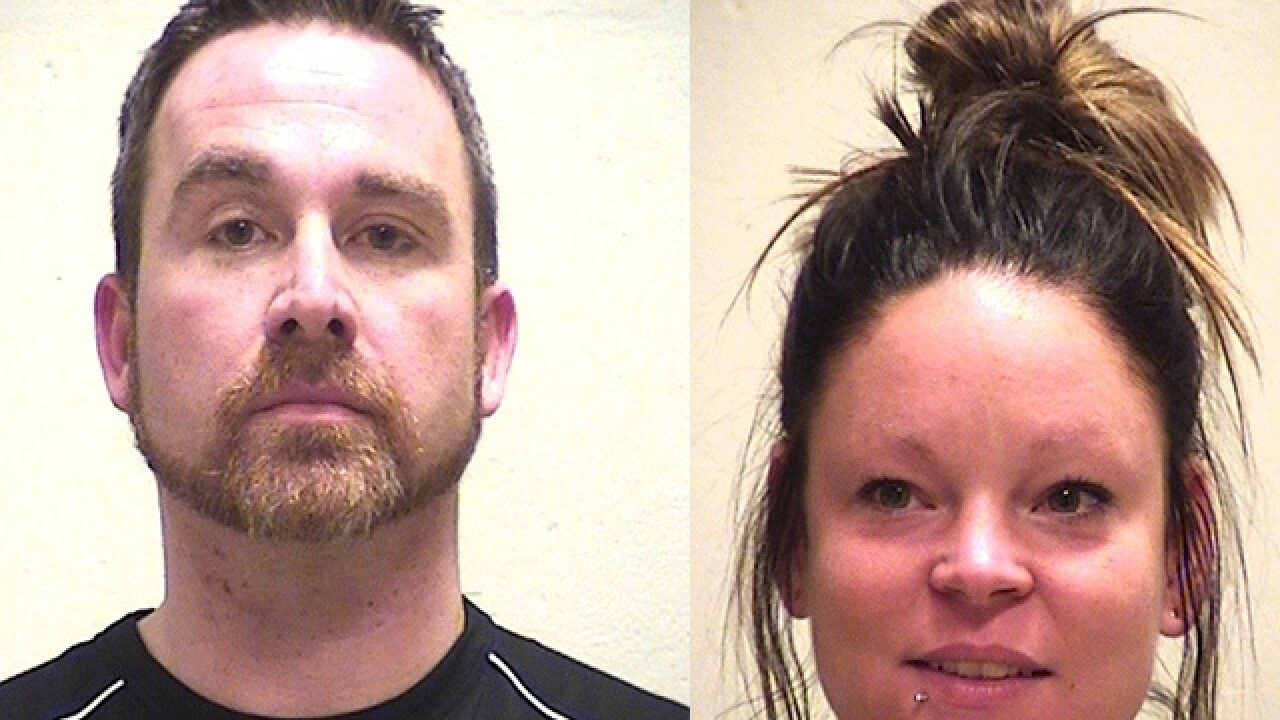 Roxanne Portwood and John Hughes were charged after admitting they were part of an organized group stealing mail from residential and large collection boxes.

The group would then use the stolen mail to commit fraud and identity theft.

Portwood was arrested on March 4 while driving a stolen vehicle in Gladstone, Missouri.

Officers found a large amount of paperwork and forms of identification belonging to at least thirteen different names, some of which was stolen.

Portwood admitted to being part of the group that stole mail in order to open accounts, fraudulently purchase items or obtain cash.

Portwood then told police that Hughes was part of the group and that she believed he had stolen a blue U.S. Postal Service collection mailbox from Englewood Road on March 3.

Upon searching Hughes’ home, police found multiple stolen documents and a blue USPS collection box in a shed behind the home.

When interviewed by police, Hughes said he had nothing to do with the theft of the USPS mailbox. He did admit to stealing mail by "fishing" in mailboxes to get checks out.

If convicted, Hughes faces up to 15 years in prison for the charge of trafficking in stolen identities.

Portwood faces up to 22 years in prison for the charges of trafficking in stolen identities and possession of a controlled substance.