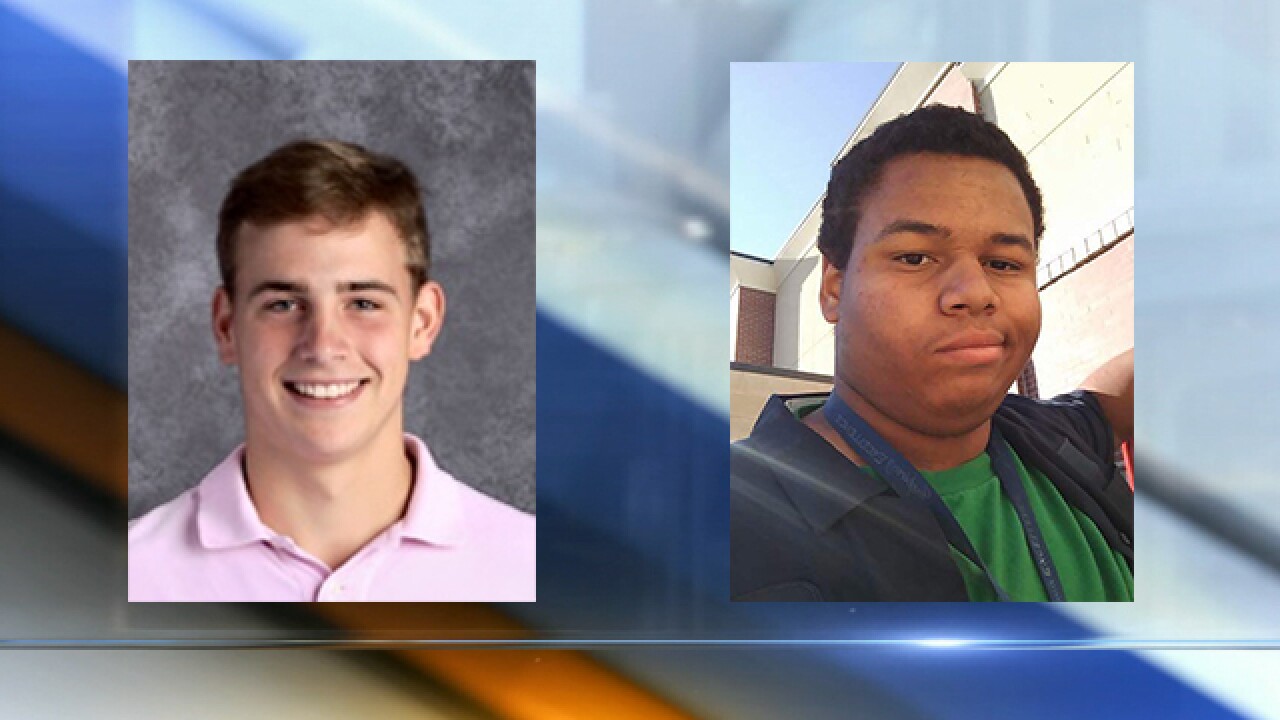 Copyright 2018 Scripps Media, Inc. All rights reserved. This material may not be published, broadcast, rewritten, or redistributed.
<p>Matthew Bloskey (left) and Samuel Siebuhr (right) were killed Saturday in a fatal multi-car crash in Overland Park.</p> 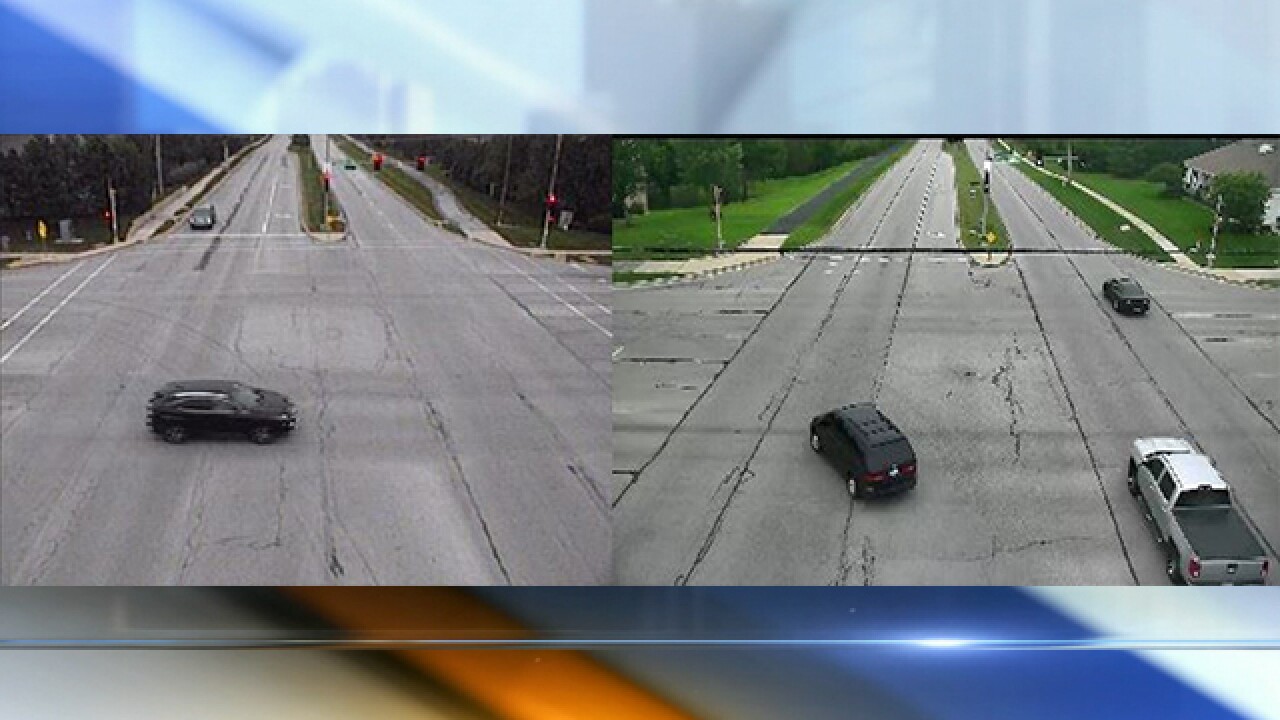 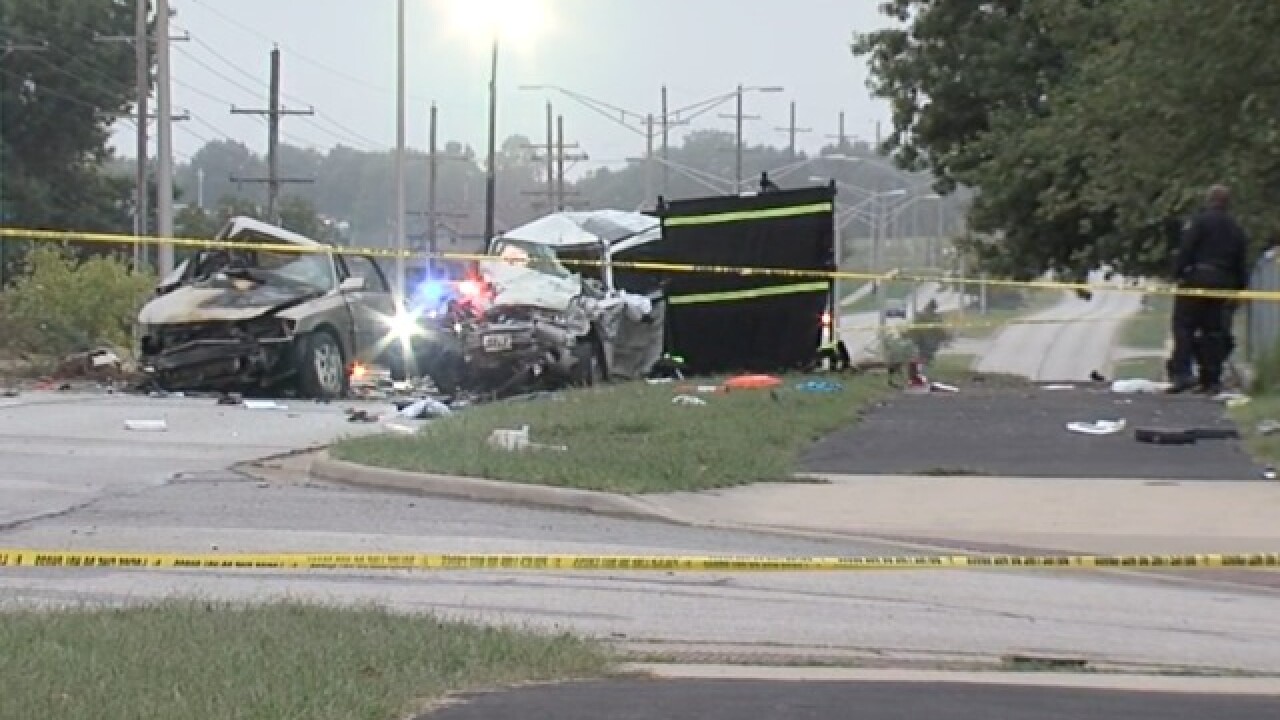 The wreck occurred shortly before 3:30 p.m. near the intersection with Stearns Street when the Honda struck a Toyota Avalon in the driver's side rear panel, according to police.

The two vehicles were traveling eastbound on 151st Street when the collision happened.

The Avalon, driven by Siebuhr, “spun, lost control and crossed into the median striking a tree and continued into oncoming traffic,” according to a statement from the Overland Park Police Department.

The vehicle brushed a westbound vehicle then continued the wrong way into westbound traffic before striking a fourth vehicle involved in the crash driven by Bloskey.

"The Rockhurst High School community is devastated by the loss of one of our seniors, Matthew Bloskey. As a community of faith, we join now in support of his parents and siblings, family, friends and classmates trusting in Matthew’s eternal reward with Christ. In the days ahead we will care for our students and Matthew’s family with all the strength of our great community at Rockhurst. We appreciate the prayerful support of others at this time."

The Honda did not stay at the scene, but OPPD wants to speak with the driver and any potential passengers.

Anyone with information about the crash or the suspect vehicle in the initial hit-and-run is asked to call the Overland Park Traffic Safety Unit at 913-912-2164 or the TIPS Hotline at 816-474-TIPS (8477).

While responding to the traffic collision call, an Overland Park police patrol car was T-boned at 151st Street and Switzer Road, just east of the initial crash’s location, as he responded to the double fatality crash.

The police officer wasn’t injured, but he was taken to the hospital as a precaution and per OPPD protocol.

The identities of the victims are being withheld pending notification of family.