Union members in Kansas City launch campaign against Prop A 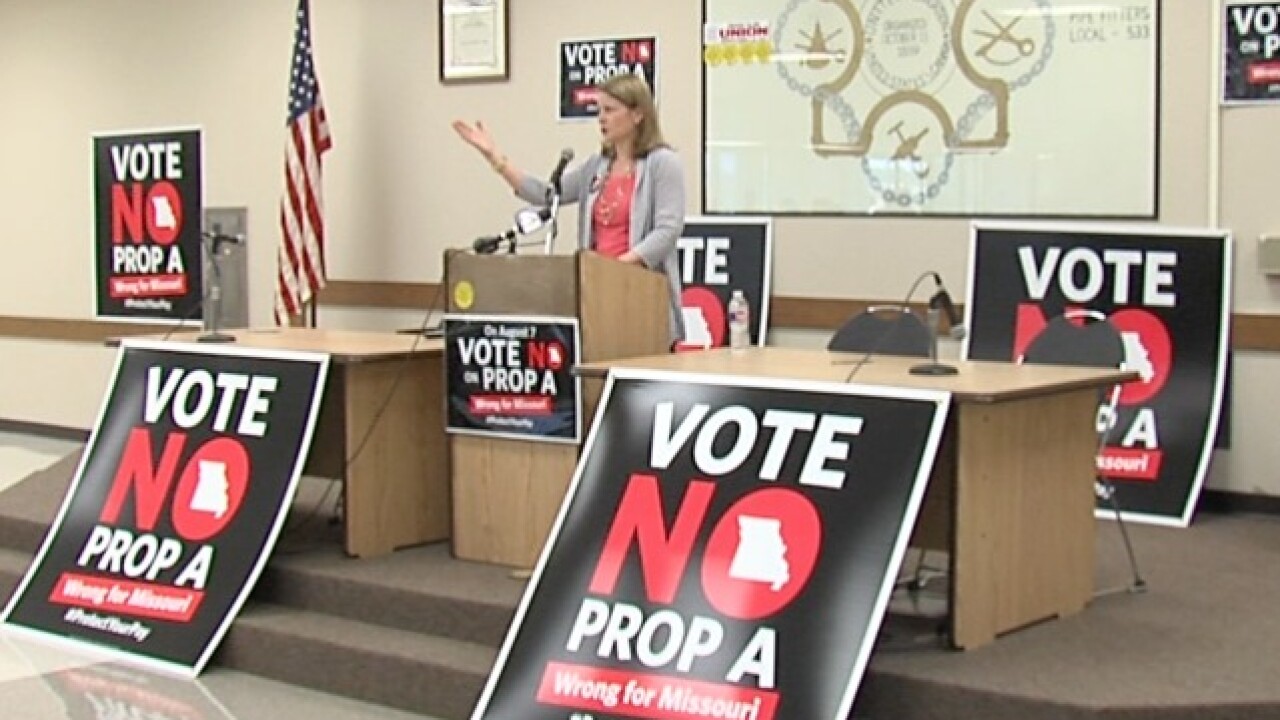 KANSAS CITY, Mo. — A rally Tuesday at Pipe-Fitters Local 533 in Kansas City signaled the start of the ground campaign against the Right to Work measure known as Prop A.

Prop A would mean workers in a union shop would not have to pay union dues. Many unions are against Prop A. However, Prop A supporters believe the individual should have the right to spend their money the way they want to spend it and unions should have to earn the worker’s support.

Liz Shuler, Secretary-Treasurer of the National AFL-CIO, is in Missouri to help get Prop A defeated.

She explained that Unions bargain for worker’s contracts and workers should be required to pay union dues.

“We believe that fighting together and raising your voices up together makes you the most relevant in this economy. So that people can actually. Have a voice — a say," said Shuler.

"And being there together as one powerful block and not peeling off one worker at a time trying to make us weaker is what this is all about,” said Shuler.

After the rally, union members worked the phone bank—calling Missouri voters asking them to reject Prop A.