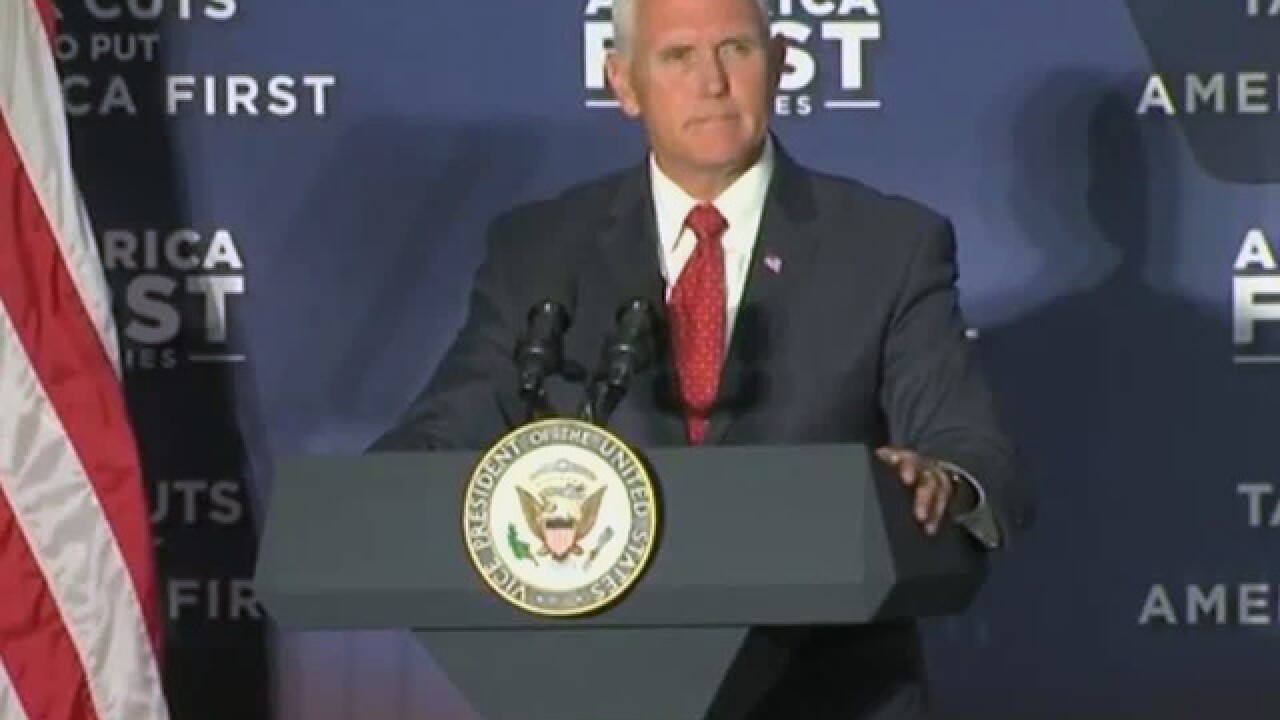 Copyright 2018 Scripps Media, Inc. All rights reserved. This material may not be published, broadcast, rewritten, or redistributed.
<p>Vice President Mike Pence spoke about the farm bill and tax cuts at an America First Policies event in Kansas City, Missouri on Wednesday, July 11, 2018. </p>

Pence will be joined by Missouri Attorney General Josh Hawley, a Republican candidate for U.S. Senate who is running against incumbent Claire McCaskill (D-MO), and Kansas Secretary of State Kris Kobach, the Republican gubernatorial candidate, among others during the American Conservative Union’s CPAC 365: Kansas City event at 1 p.m. on Nov. 2 at HyVee Arena in Kansas City, Missouri.

The 90-minute event will take place in the former Kemper Arena, which has been overhauled and remodeled under new management.

Kemper Arena was the site of the 1976 Republican National Convention.

Those wishing to attend must register for tickets.

Pence visited Wichita and Topeka on Oct. 18 to stump for Kobach and Watkins.

Pence also visited Springfield, Missouri, on Oct. 8 at a fundraiser for Hawley.

President Trump visited Topeka in early October for a campaign rally and plans to visit Columbia on Thursday for a Make America Great Again rally in support of Hawley.

Pence was last in Kansas City in July, when he was in town to promote Trump’s tax cuts and attend a fundraiser for Yoder.