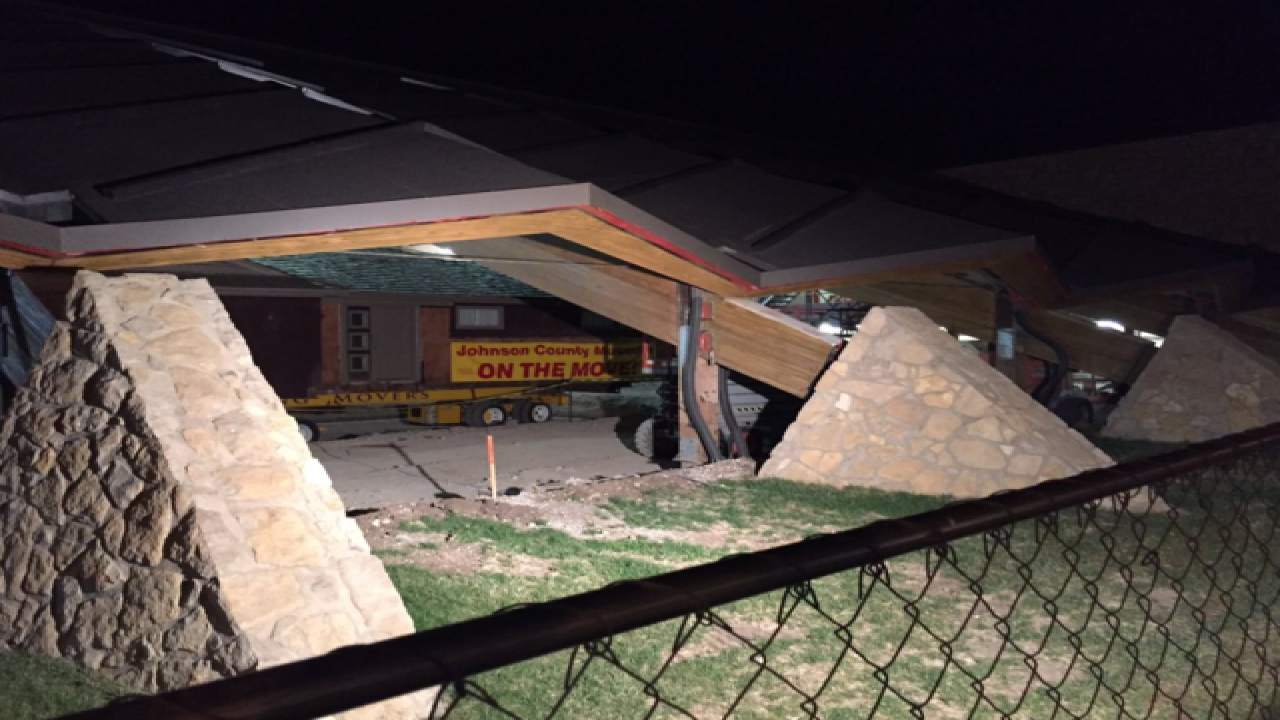 This is the true definition of “mobile home.”

Starting around 7 p.m. Tuesday evening, the iconic 1950s All-Electric House was lifted from its foundation at 63rd and Lackman, site of the Johnson County Museum, and transported nine miles to 87th and Metcalf, formerly the King Louie bowling alley.

The trip was supposed to move at three to five miles per hour and arrive around 5 a.m. Wednesday morning.

Things went so smoothly with the structure tooling along at 11 mph at times, the house touched down about four hours early.

The house was built by KCPL in 1953. Its original location was in Prairie Village where some 62,000 people walked through in six months when it was open to the public.

According to museum director Mindi Love, there were only 60,000 in the county back then, so that was an astounding response to this “house of the future.”

In addition to an electric heat pump and air conditioning, the house features all kinds of space-age gadgets.

For many years, it was privately owned and lived-in. Then, in 1994, the Prairie Village couple living there at the time, donated it to the county.

That led to its first move from Prairie Village to Shawnee.

District One Commissioner Ron Shaffer remembers the first move because he and his family have lived in that neighborhood for years.

In fact, his wife and then young child, watched it go.

The house is the first item from the museum’s collection to be relocated to what will be known as The Johnson County Arts and Heritage Center on Metcalf.

The Center will open in early 2017 and the All-Electric House will welcome old and new friends to walk back and forth in time once again.