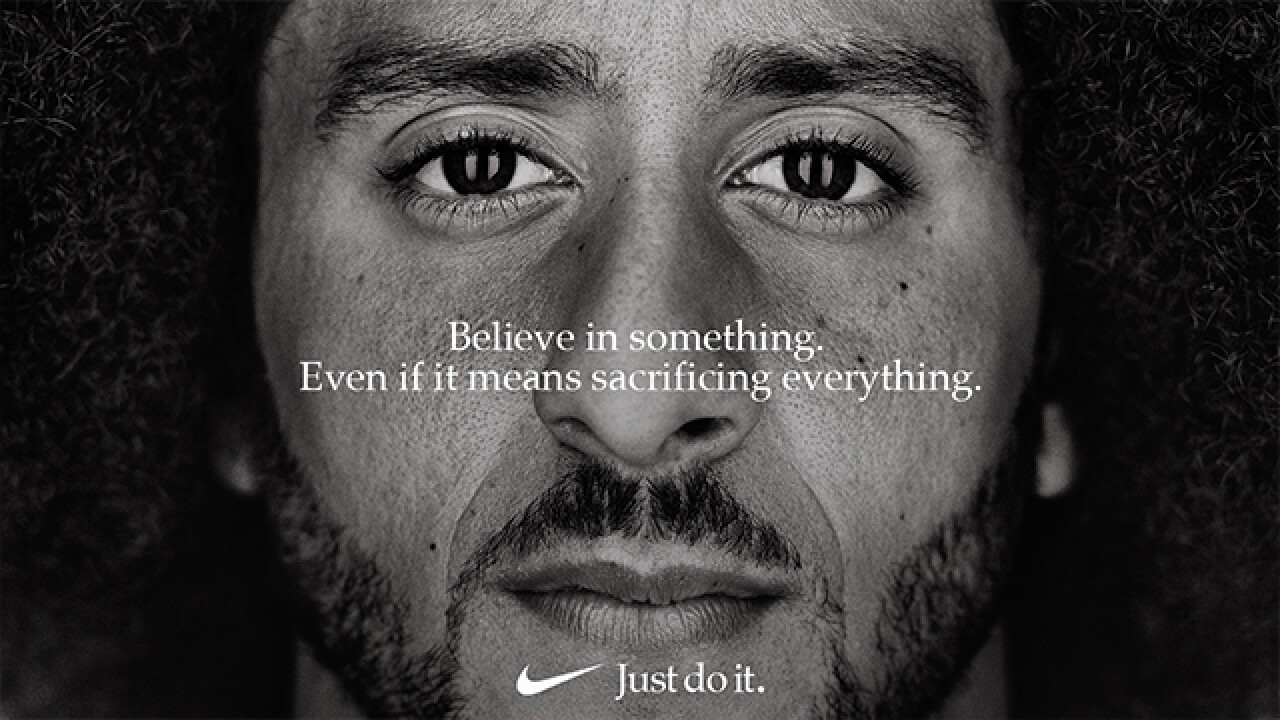 Copyright 2018 Scripps Media, Inc. All rights reserved. This material may not be published, broadcast, rewritten, or redistributed.
<p>Former NFL quarterback Colin Kaepernick has become a divisive figure in the U.S. for his decision to protest the national anthem in hopes of shedding light on perceived racial injustice, but he's also the face of Nike's iconic "Just Do It" campaign. Watch the new commercial.</p> 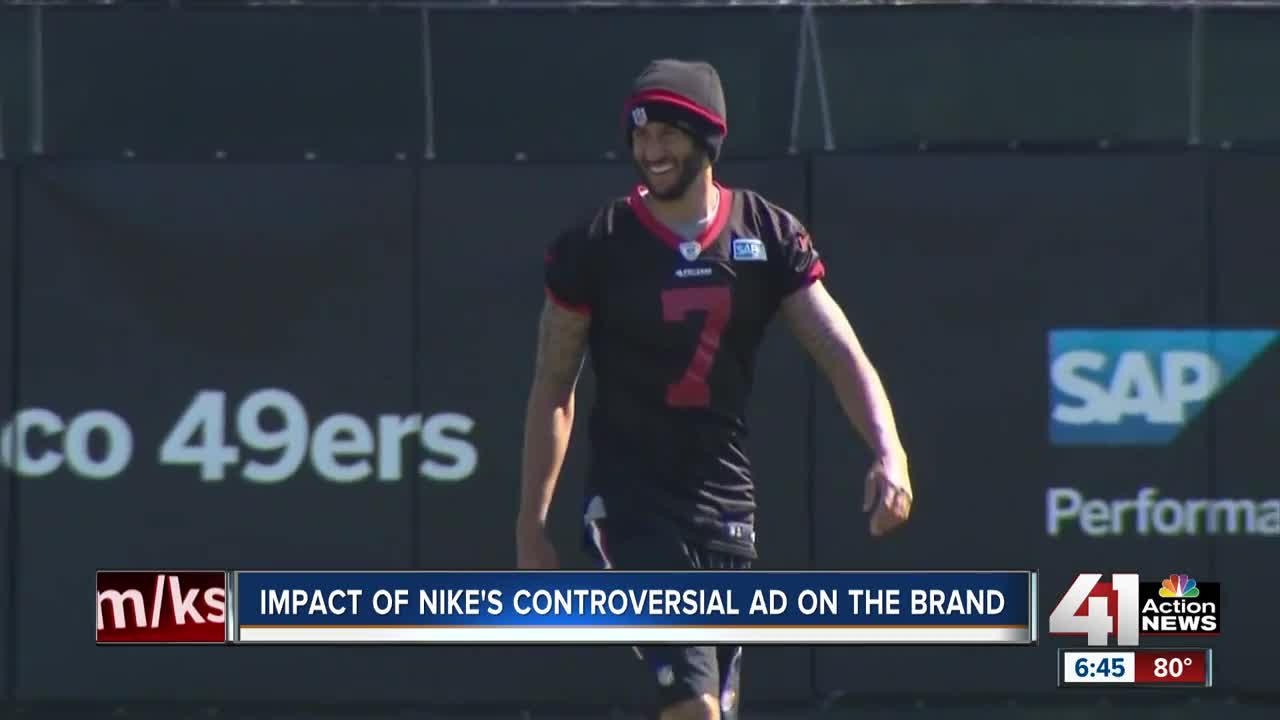 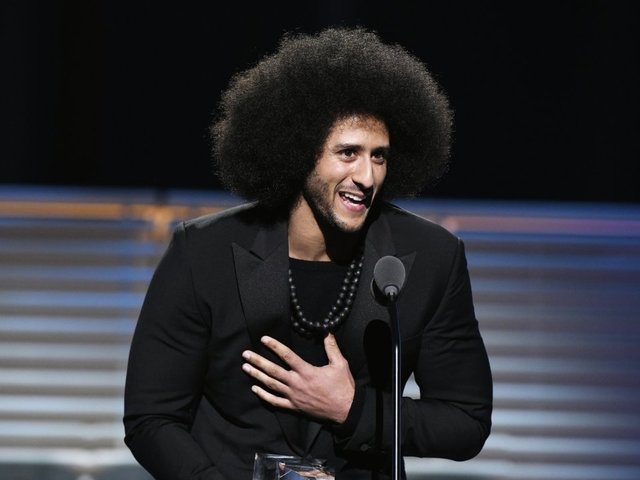 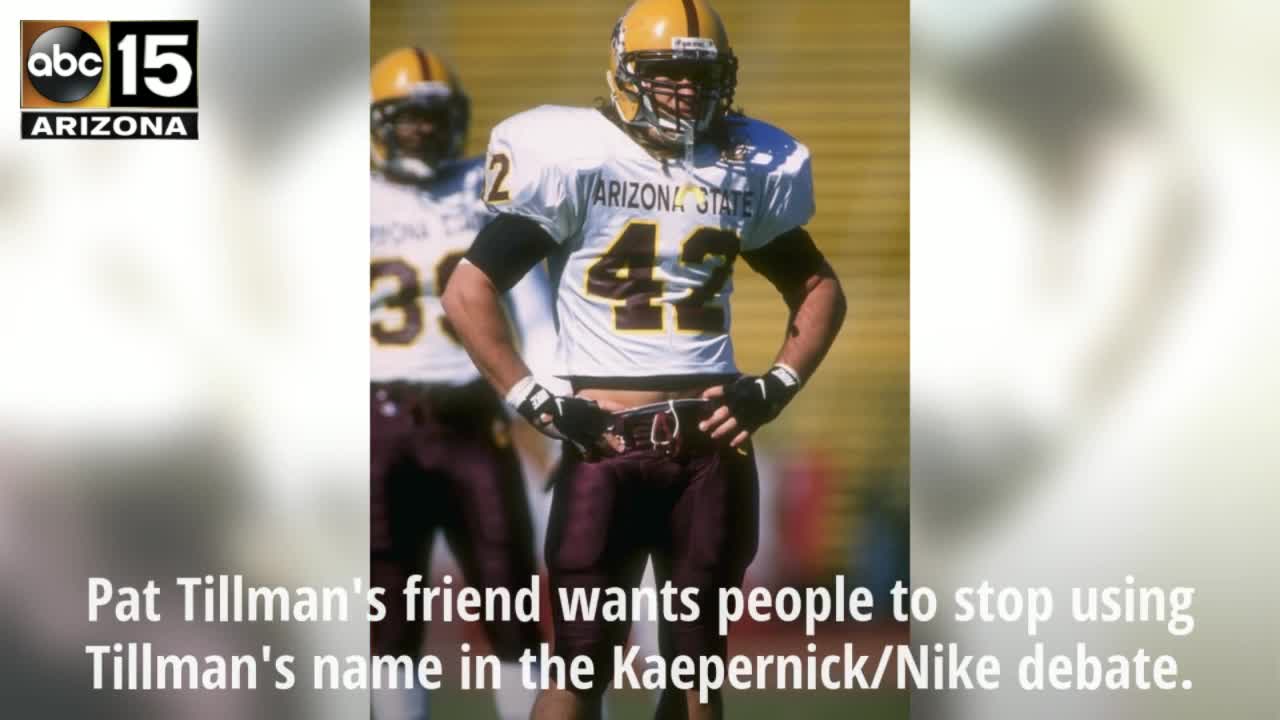 KANSAS CITY, Mo. — Former NFL quarterback Colin Kaepernick has become a divisive figure in the U.S. for his decision to protest during the National Anthem in hopes of shedding light on perceived racial injustice.

He’s even suing the NFL, alleging that owners have colluded to keep him from continuing his career.

But Nike has made him the face of its iconic “Just Do It” campaign and released the first commercial featuring Kaepernick espousing the power of dreams — and dreaming big.

The ad campaign has certainly garnered attention and even touched off an odd counter-protest that has some people destroying their Nike apparel.

Kaepernick started his protest in 2016 after a series of officer-involved shootings across the country that resulted in the deaths of unarmed black men.

Initially, he sat for the anthem, but former Seattle Seahawks player and Army Green Beret Nate Boyer convinced him that kneeling was more respectful.

Dozens of other players joined in Kaepernick’s protest, which created sharp backlash among some fans as well as Dallas Cowboys owner Jerry Jones and President Donald Trump among others.

Just like the NFL, whose ratings have gone WAY DOWN, Nike is getting absolutely killed with anger and boycotts. I wonder if they had any idea that it would be this way? As far as the NFL is concerned, I just find it hard to watch, and always will, until they stand for the FLAG!

Former Kansas City Chiefs cornerback Marcus Peters, who was traded to the Los Angeles Rams during the offseason, was among the players who joined Kaepernick’s protest.