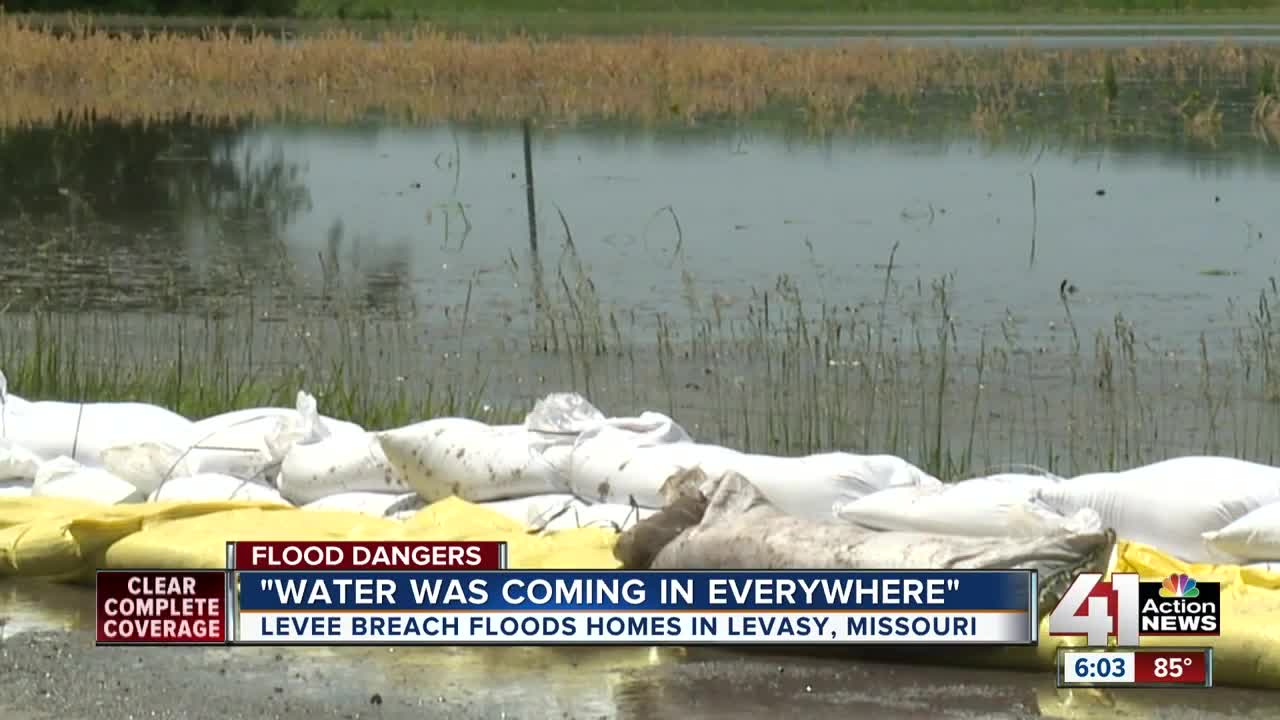 A levee breach near Levasy, Missouri, early Saturday morning, one of two along the Missouri River, led to the evacuation of much of the town by mid-afternoon. 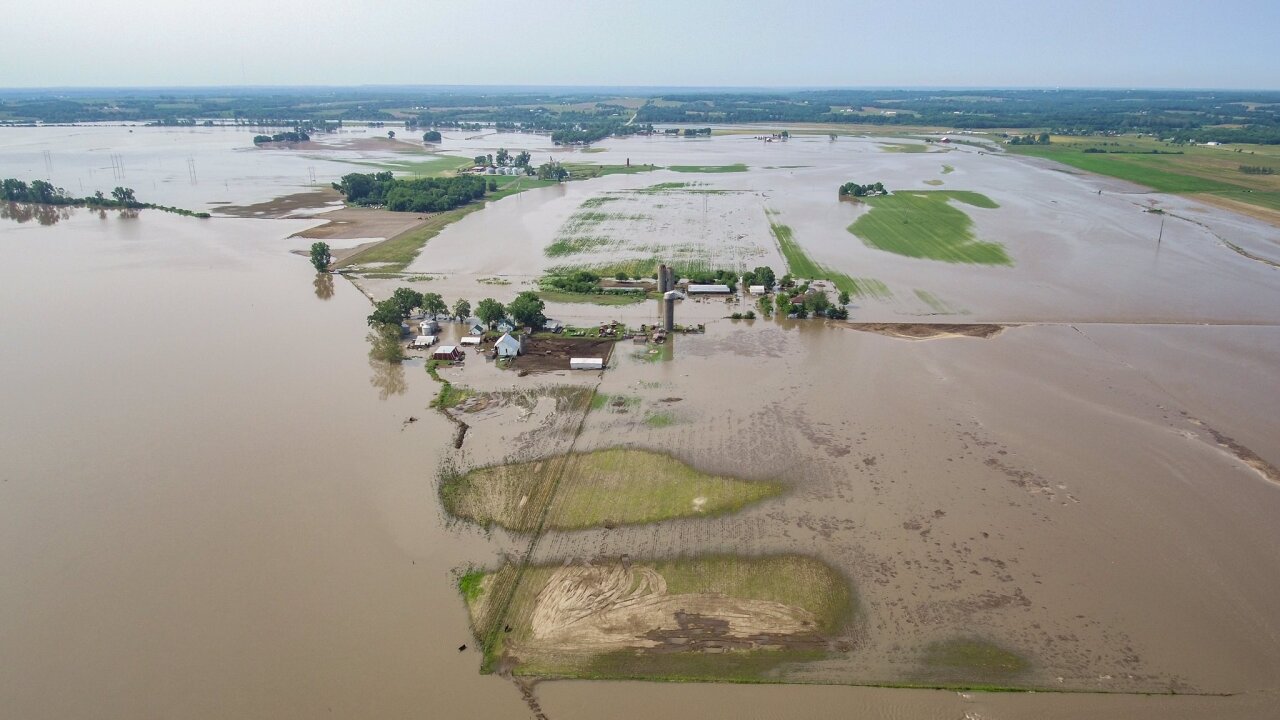 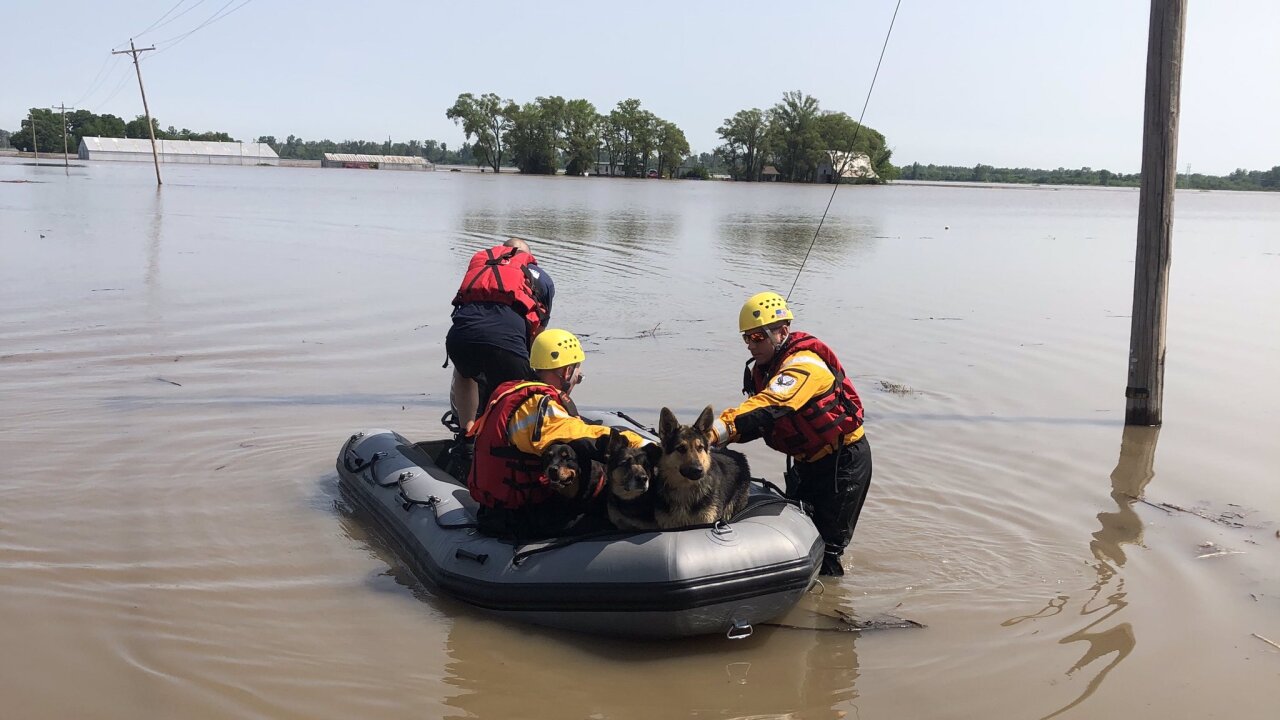 LEVASY, Mo. — A levee breach near Levasy, Missouri, early Saturday morning led to the evacuation of much of the town by mid-afternoon.

The Jackson County Sheriff's Office, with assistance from the Missouri State Highway Patrol, rescued at least one family from rising waters, which began rising very quickly after a second levee breach Saturday afternoon caused more water to flow into the town.

A levee in eastern Jackson County, MO breeched this morning. Parts of the City of Levasy, MO are flooded. Several agencies are on scene assisting. Access to the City of Levasy is restricted to residents only. #JCSO @kmbc @41actionnews @fox4kc @KCTV5 pic.twitter.com/UETHMKBrR8

Jessica Meadow said she was eating cereal in the morning when she noticed the water quickly rising and called for help.

“We had one hope and that was to sell the place and get to Arizona — the whole family, we have two kids and my fiancée — and start fresh,” Meadows said.

That fresh start is on hold after her house and shed were swallowed by floodwaters.

“So, I see there’s that hope gone and all of the work we’ve done there — our life, livelihood,” Meadows said.

"Water was coming in everywhere," he said.

Water levels continue to rise in several areas in Levasy. Some residents have left area others are being encouraged to leave. Additional displacement of residents expected. Red Cross has been notified. @JacksonCountyMO pic.twitter.com/uaQkjO2aK8

Diekmann is a farmer and his livelihood has been washed away.

“We got our corn in and it was all up about a foot tall," he said. "A lot of that was partially underwater, and it’s all underwater now."

Sheriff Darryl Forte announced that access to Levasy was restricted to residents.

The American Red Cross opened a shelter for residents affected by the flood, who need a place to stay. It's located at the United Methodist Church, 109 S. Hudson St. in Buckner.

Two levees in the Kansas City District were breached Saturday.

One breach occurred in the Egypt Levee and Drainage District/Tri-County of Ray, Clay and Jackson, Missouri near the Big Muddy National Fish and Wildlife Refuge.

It is this breach that has led to rapidly rising water and flooding near Levasy.

There also was a small breach on the east side of the Belcher-Lozier Levee, which is part of the Ray-Carroll Levee District.

Additionally, the U.S. Army Corps of Engineers, Kansas City District told 41 Action News there was an overtopping of the Henrietta-Crooked River Drainage and Levee District Of Ray County, Missouri.